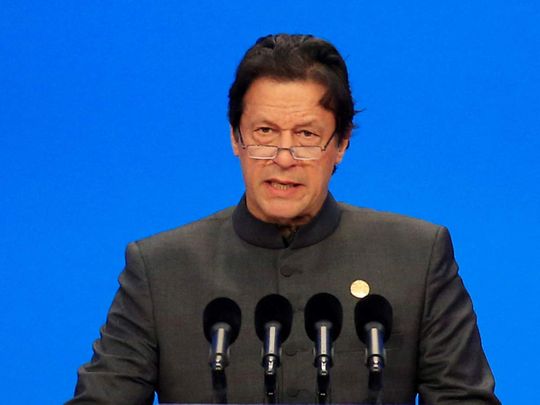 Islamabad: Former Prime Minister and President of Pakistan Tehreek-i-Insaf (PTI), Imran Khan, has announced by surprise that he will take part in by-votes for nine seats in the National Assembly.

The Election Commission of Pakistan has also released the by-election timetable according to which elections will be held on these vacant seats on September 25.

The announcement that Imran himself would be running for these seats first came from the official PTI Twitter account, and was later confirmed by the parties’ senior vice president, former information minister Fawad Chaudhry during of a press conference.

Elections, a costly affair in Pakistan

According to PTI sources, Imran Khan’s decision to run for all nine seats simultaneously came after PTI members showed little interest in party tickets, as they have already submitted resignations from the party. assembly and stand again for those vacant seats, then tender resignations once. would amount to wasting money and energy on a futile exercise.

At the same time, however, the party does not want to leave the ground open to the rival Pakistan Muslim League-Nawaz (PML-N) and its allies, so it is decided that Imran Khan himself would compete for all these seats, they said. .

Fighting the elections in Pakistan is a costly exercise. It involves huge mobilization of voters, spending of millions of rupees, corner meetings and public rallies. The candidate must bear most of these expenses.

Imran Khan, in a meeting with reporters a day earlier, said: Elections would be held this year, the government parties want to single me out but I would fight the leaders on every platform.

When asked what his strategy would be if he won more than one seat, he replied that I would keep one seat and leave the other eight. In this way, the Electoral Commission would again have to carry out partial polls on these seats, which would be a great embarrassment for the institutions and we will do everything in our power to force them to announce general elections in the country, did he declare.

Disqualification out of the question

Regarding the disqualification of his parties following the recent ECP verdict, he said: The plans of government alliances to disqualify me will never see the light of day. He said the appointment of Sikandar Sultan Raja (the current Chief Election Commissioner) was his government’s second big mistake. When asked what the first mistake was, he replied that he would reveal it later.

On the foreign funding allegations, he said, two foreign countries offered him funding in the past, but he declined their offer. Leaders with popular support cannot be eradicated, he added.

After Imran Khans announcement to contest the bypolls on the nine seats, netizens reacted in different ways.

Some are of the opinion that the president of the PTI has not found any other suitable candidate and that the members of the PTI are not ready to assume the expenses to be incurred in the subsequent by-elections. However, party supporters call it a good move, a good lesson for the ruling alliance as well as the ECP who are hesitant to announce general elections in the country at the behest of the Imran Khans party.

Alongside Jokowi and Iriana, Jan Ethes attends the closing of the 2022 ASEAN Paralympic Games