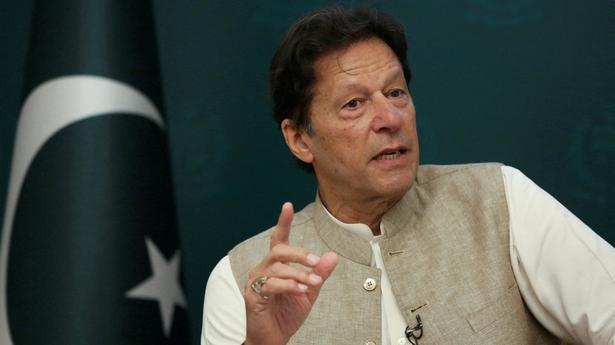 Pakistan’s Vice President Tehreek-e-Insaf (PTI) and former Federal Information Minister Fawad Chaudhry said on August 5 that the party would give no more than a month to the current Prime Minister-led dispensation. Minister Sharif to dissolve the National Assembly and announce new elections.

Mr. Chaudhry said that even after the ultimatum, if the government does not announce the election, then be prepared for our actions because giving more time will destroy the economy of the country. The former minister claimed that his party had no confidence in the Electoral Commission to organize transparent elections. This is why the change of Electoral Commission is inevitable; the only way out for political and economic stability is the general election, he said.

Imran Khan’s PTI and the Election Commission of Pakistan disagree. The electoral commission said on Tuesday that Mr Khan’s party had received funds against the rules from 34 foreign nationals, including a businesswoman of Indian origin, in a major setback for the former prime minister.

Mr Khan has accused Chief Election Commissioner Sikandar Sultan Raja of being in cahoots with the imported government. The last general elections were held in July 2018 and the term of the current National Assembly of Pakistan is until October 2023.

The Pakistan Democratic Movement (PDM), which mainly comprises political parties from the ruling coalition including the Pakistan Muslim League-Nawaz (PML-N), said last week that the next general elections would be held on schedule. next year.

On Thursday, Pakistan’s Election Commission said it was preparing to hold general elections by October this year, a year ahead of schedule, as it had completed the work of delimiting constituencies. Mr. Khan stressed that the only way to end the current political crisis in the country was to immediately hold clean and transparent elections.

“There’s only one way [to rid the country of political instability]: free and fair elections. When they fired me, I had announced a general election, but the courts overturned my decision. I still believe it was the right choice,” ousted Prime Minister Imran Khan said.

Turkey will pay for Russian gas in rubles | News | DW