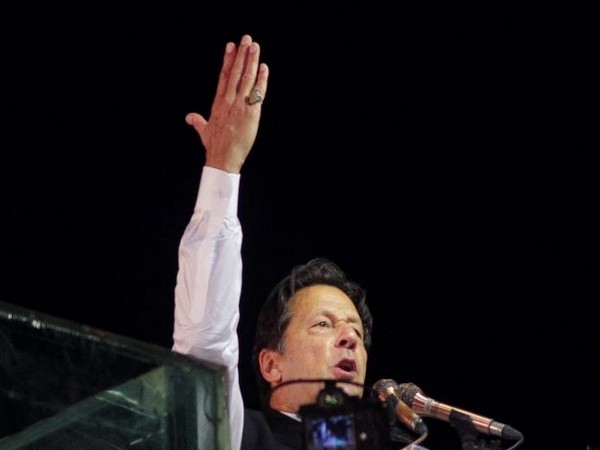 Islamabad [Pakistan], Aug 06 (ANI): Pakistani leader Tehreek-i-Insaf and ex-Prime Minister Imran Khan announced on Saturday that he would take part in by-votes on the nine vacant seats in the Assembly after the Election Commission of Pakistan ruled published on Friday the timetable for the by-elections. The announcement first came from the official PTI Twitter account, and was later confirmed by the party’s senior vice-president, Fawad Chaudhry, during a press conference, The Dawn reported. According to ARY News, in a meeting with reporters, Imran Khan said: “Elections would be held this year, government parties want to single him out…would be fighting against leaders on all platforms.” “The plans of the ruling alliance to disqualify him would never be completed,” he said, adding that the appointment of Sikandar Sultan Raja as head of the ECP was a major mistake. The former prime minister added that two foreign countries had offered him funding in the past, but he had refused. Leaders with popular support cannot be eradicated, he added. by-elections if Imran Khan wins several seats and leaves all but one. certain time after a seat becomes vacant, as well as allowing a candidate to run for several seats but retain only one, in the event that the candidate wins in several constituencies. In a single constituency, the type of staff required, the number of polling stations and polling booths set up, and at least a few thousand voters n staff involved, the expense is in the millions each time,” he said. -he adds.

The Election Commission of Pakistan announced on Friday that by-elections for nine National Assembly (NA) seats will be held on September 25. The electoral body announced the constituency schedule for NA-22 Mardan, NA-24 Charsadda, NA-31 Peshawar, NA-45 Kurram, NA-108 Faisalabad, NA-118 Nankana Sahib, as well as NA-237 Malir, NA -239 Korangi Karachi and NA-246 Karachi South. The nine seats are among 11 left vacant after the resignations of PTI MPs were accepted by the Speaker of the National Assembly and denoted last week following the removal of party leader Imran Khan from the Prime Minister’s office. earlier this year. The NA President had accepted the resignations of 11 PTI MPs, including nine from the general seats and two from the reserved seats, under Article 64(1) of the Constitution of Pakistan. National Assembly Raja Pervaiz Ashraf accepted the resignation of PTI lawmakers three months after lawmakers resigned en masse April 11 following the ousting of former Prime Minister Imran Khan from the top office after the no confidence motion presented by the joint opposition in parliament against him was successful. The government accepted the resignation of 11 PTI MPs, including Shireen Mazari, Ali Muhammad Khan, Ijaz Shah, Farrukh Habib, Shandana Gulzar, Fazal Muhammad, Fakhar Zaman, Abdul Shakoor Shad, Jameel Ahmed and Akram Cheema, ARY News reported. Confirmation of acceptance of resignations was issued by the NA Secretariat, which published a list. members after approval of the party leadership tendered their resignation from the National Assembly. PTI MP Murad Saeed was the first PTI MP to tender his resignation to the Speaker of the National Assembly, ARY News reported. The then Deputy Speaker of the National Assembly, Qasim Suri, endorsed the resignations of the PTI deputies. (ANI)

Erdogan: Turkey will start paying for Russian gas in rubles