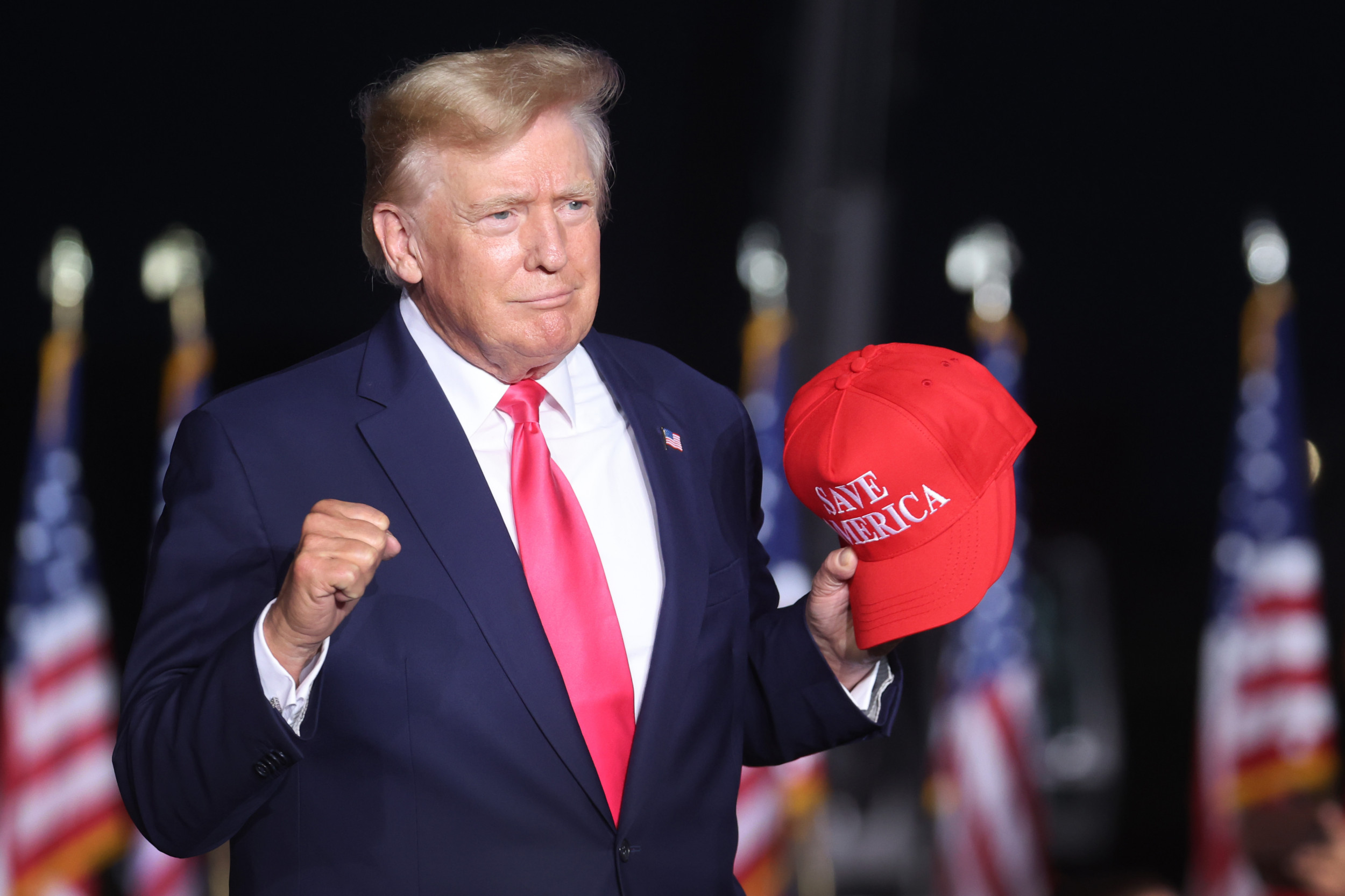 Former President Donald Trump may have too much baggage to run for the White House again in 2024, according to comments from some of the attendees at the Conservative Political Action Conference (CPAC) in Texas this week.

The former president is expected to wrap up the event in Dallas on Saturday, but NPR’s Ashley Lopez spoke to some attendees who suggested Trump may be “too disruptive” to be the Republican nominee in two years.

He has repeatedly hinted that he would mount a third presidential bid and a recent poll shows Trump remains the preferred choice of potential GOP voters.

George Breen of Pennsylvania told Lopez that Trump was “difficult”. Breen was attending CPAC and selling “Stop the Steal” themed board games – referencing unsubstantiated claims that the 2020 presidential election was stolen from Trump.

“I think he tapped into something in the American psyche that hadn’t been exploited by either side, but he’s a problematic character,” Breen said.

“He’s a difficult person… there are too many little things. He’s too disruptive,” he added.

“He’s got everything from Donald Trump’s bulldog,” she said. “Without the offense”.

“He took a beating and he still comes out on top.”

Trump has not officially announced another run for the White House, but is expected to do so and he has repeatedly suggested he will make his decision known soon, but also stressed the importance of the upcoming midterm elections.

A recent poll indicates that Trump continues to dominate the field of potential Republican primary candidates. A Yahoo News/YouGov poll conducted from July 28 to August 1 of 428 registered voters found the former president with 44% support, leading DeSantis, who had 35% support.

From KSA to the Stars: Saudi Arabia Delegation Meets US Tech, Space Firms