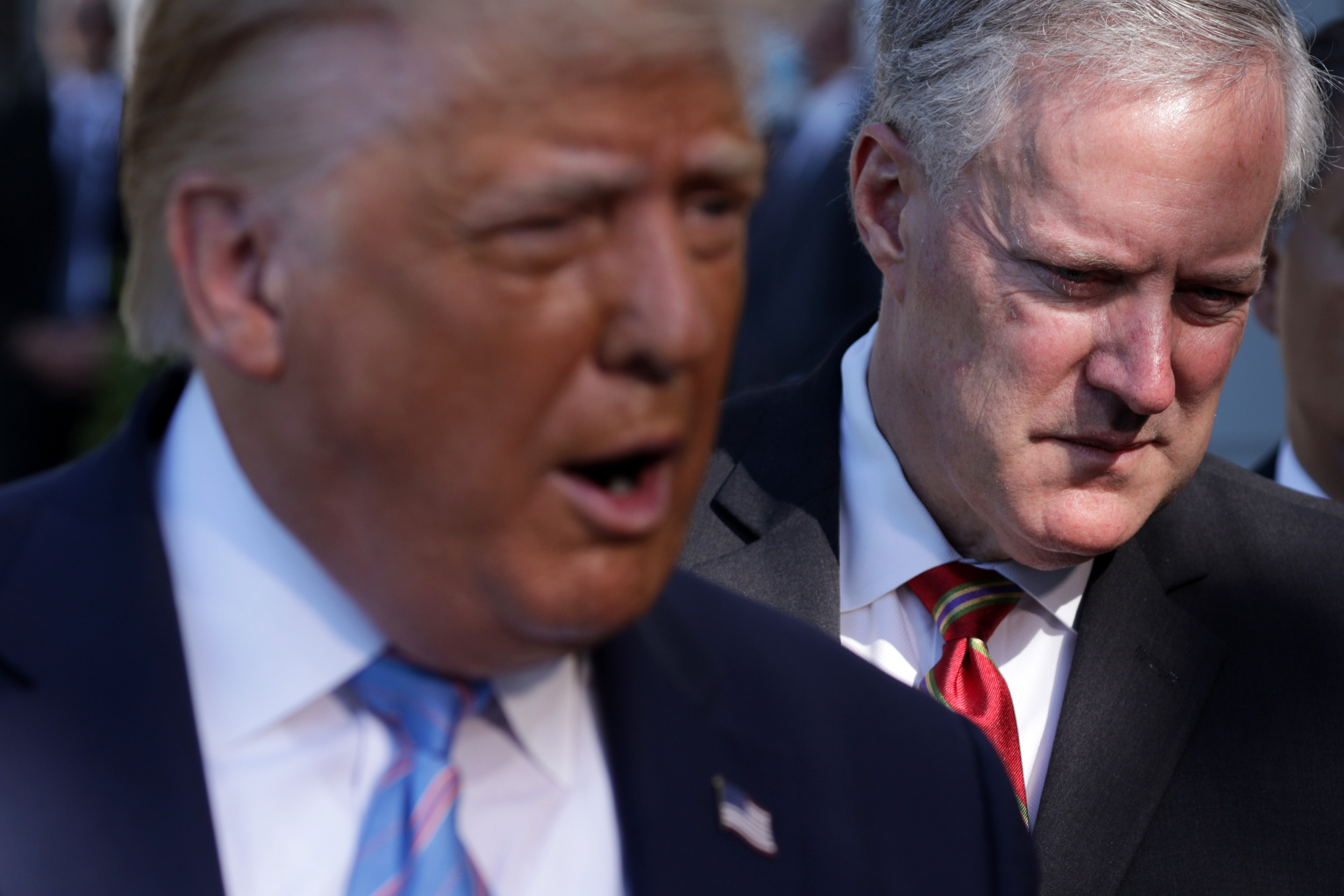 Former federal prosecutor Glenn Kirschner predicted on Friday that Donald Trump’s former White House chief of staff, Mark Meadows, would “report” the former president to Justice Department investigators as part of the probe into on January 6, 2021.

CNN reported Thursday that Trump had been told by advisers to “cut off contact” with Meadows, who is seen by some legal analysts as a potential key witness against the former president. The news agency also reported that Trump’s legal team “is in direct communication with Justice Department officials” as part of the Jan. 6 investigation.

Kirschner, who now works as a legal analyst for MSNBC and NBC News and has called for Trump’s indictment, cited the CNN report in a video shared to YouTube and Twitter on Friday. He said talks between the former president’s lawyers and the Justice Department were a “last ditch effort” to prevent an indictment. The legal expert also pointed to the Rolling Stone report that Trump’s legal team is trying to blame any alleged criminal behavior on the “fall guys.”

“Who’s one of the guys from the marquee drop?” Kirschner asked. “Mark Meadows.”

The ex-president says he did nothing wrong on Jan. 6 or in his efforts to undo President Joe Biden’s election victory. Trump also continues to say the election was “rigged” or “stolen” from him. He describes all investigations targeting him and his allies as part of a partisan “witch hunt”.

Despite Trump’s claims, no evidence has emerged showing the 2020 election was fraudulent. On the contrary, dozens of legal challenges brought by the former president and his allies have failed in state and federal courts. Meanwhile, audits and recounts have consistently reaffirmed Biden’s victory.

Senior Trump administration officials and prominent Republicans have repeatedly said there is no evidence the election was stolen. Former Attorney General William Barr, who was widely considered one of the most loyal members of Trump’s Cabinet, called the allegations of widespread voter fraud “bullshit.”

Whether Trump will face an indictment from the Justice Department remains to be seen. Attorney General Merrick Garland has been tight-lipped about the investigation. At the same time, Garland said no one was off limits in the investigation.

“No one is above the law in this country. I can’t say it any clearer than that,” he said in July. His remark came in response to a question about whether the Justice Department would hypothetically indict a former president.

Indicting a former president would be an unprecedented step in the United States since no former head of state has ever been charged with a crime. While some analysts have warned of the repercussions of such a move, Kirschner has previously warned that the consequences of not doing so would be worse.

“It’s time for the Justice Department, it’s time for our federal government as a whole, to take the first legal journey and hold a criminal former president accountable for his crimes,” Kirschner said.

The former federal prosecutor said if Trump was not prosecuted, it would be like giving the former president “a free pass.” He also said it would be a pass “of everything from obstruction of official process to treason and potentially including”.

“This sends an unequivocal signal to any future presidential hopefuls or presidents seeking to retain power after losing the election that they have permission from the DOJ to do whatever Donald Trump has done to gain or retain power. “said Kirschner. “And I don’t think our nation can, you know, survive another sleight of hand.”

Barr, in comments to CBS News on Friday, said evidence “constitutes” against Trump in the Justice Department’s Jan. 6 investigation.

“I’m sure what they’re doing is getting deeper and deeper,” the former Trump administration official said. “So I think what Merrick Garland is trying to do here is try to say, ‘Hey, listen, I’m looking at this carefully, and if we find a crime, we’ll prosecute it. “”