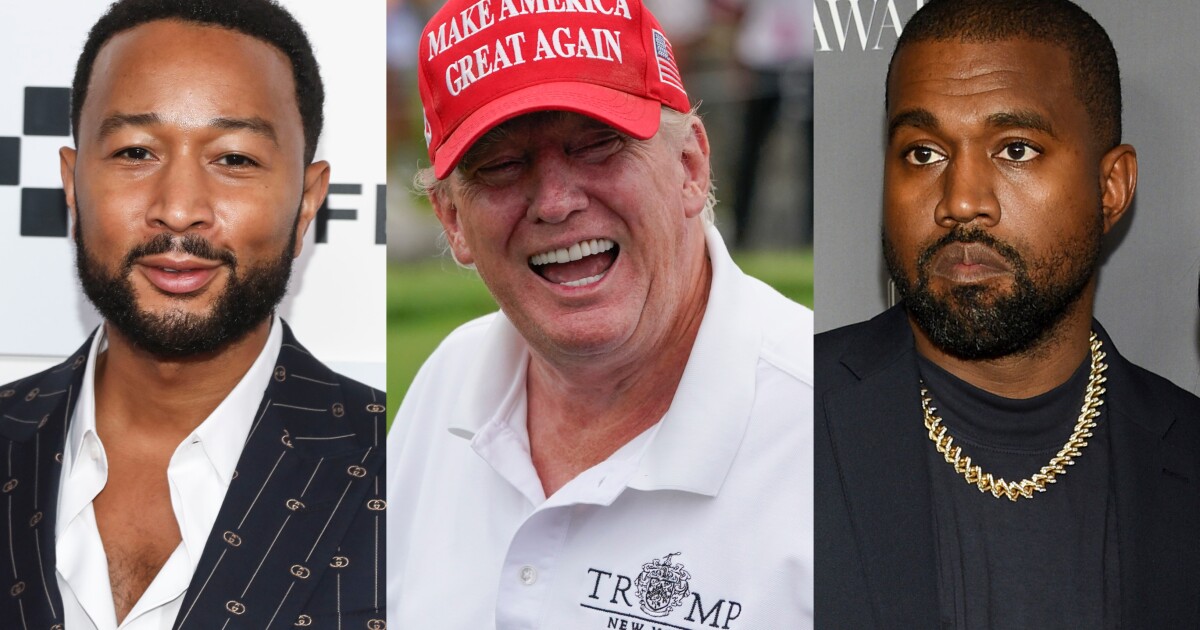 “We’re not as friends as we used to be,” the EGOT winner said of West on CNN’s The Ax Files podcast, “because we publicly disagreed about his candidacy, his support for Trump.”

“It has become too much for us to maintain our friendship,” he added.

He was upset that I did not support his candidacy for President of the United States of America for understandable reasons, Legend said.

“You weren’t alone in this,” Axelrod added.

“He wasn’t happy about that,” the singer explained. As a result, he said they “have not been close since.”

Of West, Legend said the rapper is “very real,” adding that “there’s not much about him that people don’t understand,” he added.

“What you see with him is pretty much what you get,” the singer continued.

Axelrod then asked the star about his past activism during the Iraq War, to which he said, “We all knew…it was bulls***.”

“You could tell they were trying to find…intelligent support for something that they had clearly decided to do,” he said of the Bush administration.

“Obviously Saddam had nothing to do with 9/11, and the case for his ownership of WMD was…weak at best,” Legend said.

“They were selling us an invoice,” he explained, adding that he “didn’t believe it.”

“I was one of those people,” he said, who didn’t believe it from the start.

“I grew up very inspired by civil rights leaders,” he further told Axelrod.

The caption also described when he cried after the election of former President Barack Obama, the first black president of the United States. “The moment that broke me was watching older black Americans,” he said.

CLICK HERE TO LEARN MORE ABOUT THE WASHINGTON EXAMINER

Mtailor’s net worth: The clothing brand has gone from strength to strength