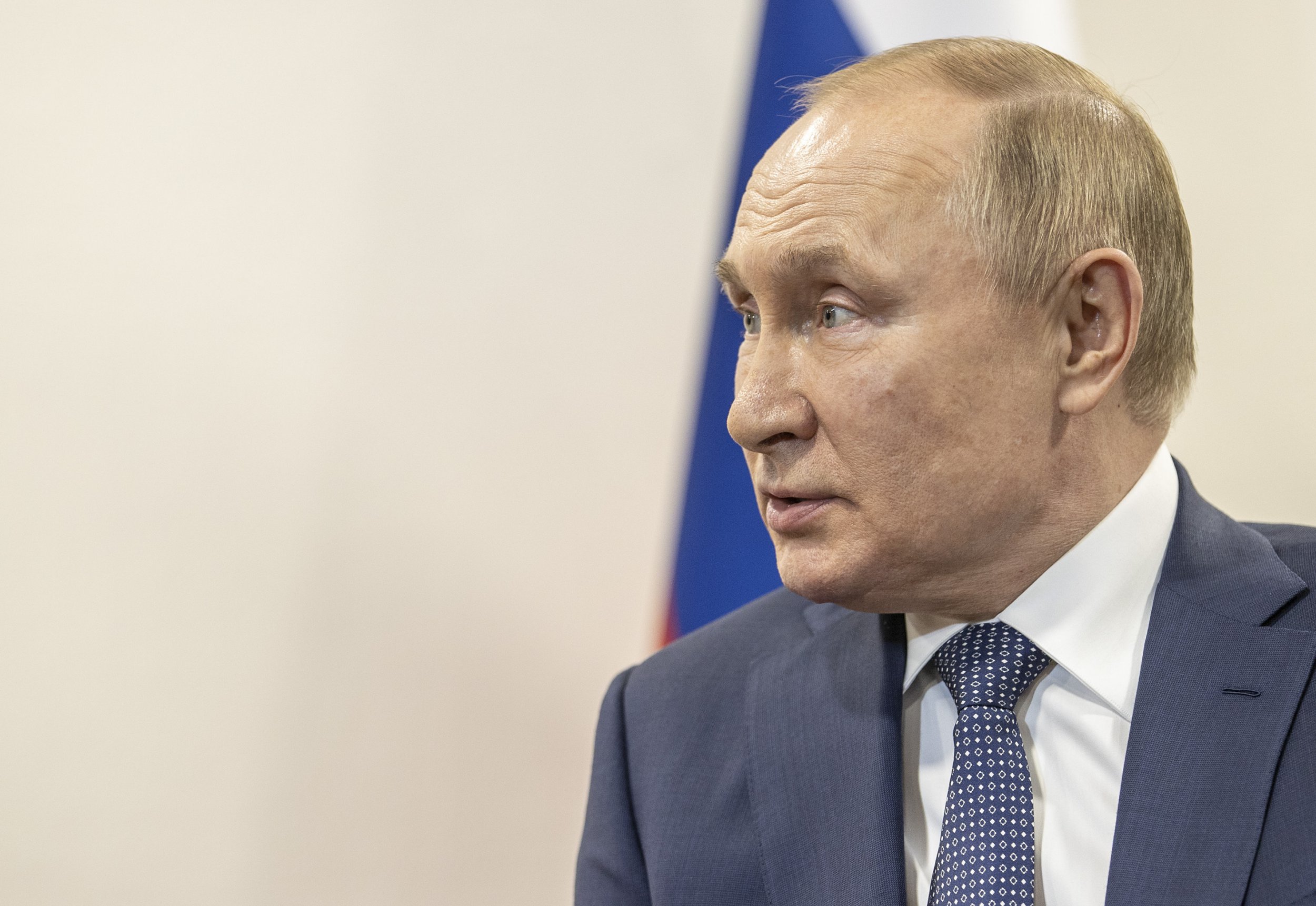 Mr Putin hopes that the cost of living crisis caused by his blockade of oil and gas will weaken Europe’s will to continue to support Ukraine. At first it was Germany under pressure. But now the continent’s weakest links in the alliance against the Kremlin are feeling the pressure. Italy’s far-right leader Giorgia Meloni has insisted she will continue Italy’s support for Kyiv if, as polls suggest, she emerges ahead in next month’s election.

But Viktor Orban’s regime in Hungary is even more sympathetic to Putin. And in Hungary, one of the poorest states in the EU, food inflation alone was 22.1% a year in June.

As the conflict drags on in eastern Ukraine, many observers believe the West is running out of time. New York Times Expert Thomas Friedman suggested that Mr Putin is probably telling the generals to take him just at Christmas, when winter sets in and gas shortages in Europe really start to bite.

But Russia is already in trouble. The Kremlin is looking to Turkey and other potential new trading partners in an effort to circumvent Western sanctions that are destroying its economy, despite all the Kremlin’s claims to the contrary.

A recent detailed report on the state of Russia’s finances after the invasion of Ukraine by economists at Yale University concluded that the sanctions were catastrophically crippling the Russian economy. They noted that the Kremlin promoted misleading figures on oil and gas revenues (and recently stopped publishing figures) as it was forced to sell energy to India and China at prices extremely reduced. Russian domestic production has come to a complete halt and lacks the capacity to replace lost companies, products and talent; The hollowing out of Russia’s domestic innovation and production base has led to soaring prices and consumer angst, the Yale team concluded.

As Mr Putin met his Turkish counterpart, Recep Tayyip Erdogan, in Sochi on Friday, concerns mounted that the Kremlin could strengthen economic ties with an unpredictable and temperamental NATO member who has not joined. ‘taxation sanctions against Moscow.

A Russian proposal intercepted before the meeting, reported in American media, indicated that Russia wants Turkey to accept new channels to help conceal national identity of its exports and avoid restrictions on its banking, energy and industrial sectors.

The very real possibility that this would see Turkish companies caught up in Western sanctions means that Ankara is unlikely to agree.

Putin had hoped that his boundless friendship with fellow dictator Xi Jinping would allow him to use alternative payment systems through Chinese banks. But that plan came to nothing, as Beijing balks at the prospect of harsh secondary sanctions from the US and EU if it helps Russia in this way.

It is widely assumed that by virtue of running a police state, Mr Putin is less concerned about the economic fallout from war than the leaders of Western governments, who are chosen by free and fair elections.

Some experts believe, however, that Mr Putin is more vulnerable to the effects of Western sanctions than is often assumed.

The situation will be bleaker next year, said Sergei Guriev, former chief economist at the European Bank for Reconstruction and Development. Washington Post. Nobody knows how things will work out when the European oil embargo comes into force. We were in uncharted territory.

A top Kremlin authority, US government adviser Fiona Hill, thinks Putin has little time to declare his success in Ukraine, telling Foreign Policy he could also run against deadlines.

In this regard, she suggests that dire warnings of cracks in Western resolve serve the Kremlins’ purpose. He wants to make sure the West is on their backs, always wondering if we can make it, if we can persevere. This is part of an information war.

There is one particular date Putin has in mind: the Russian presidential election, scheduled for March 2024.