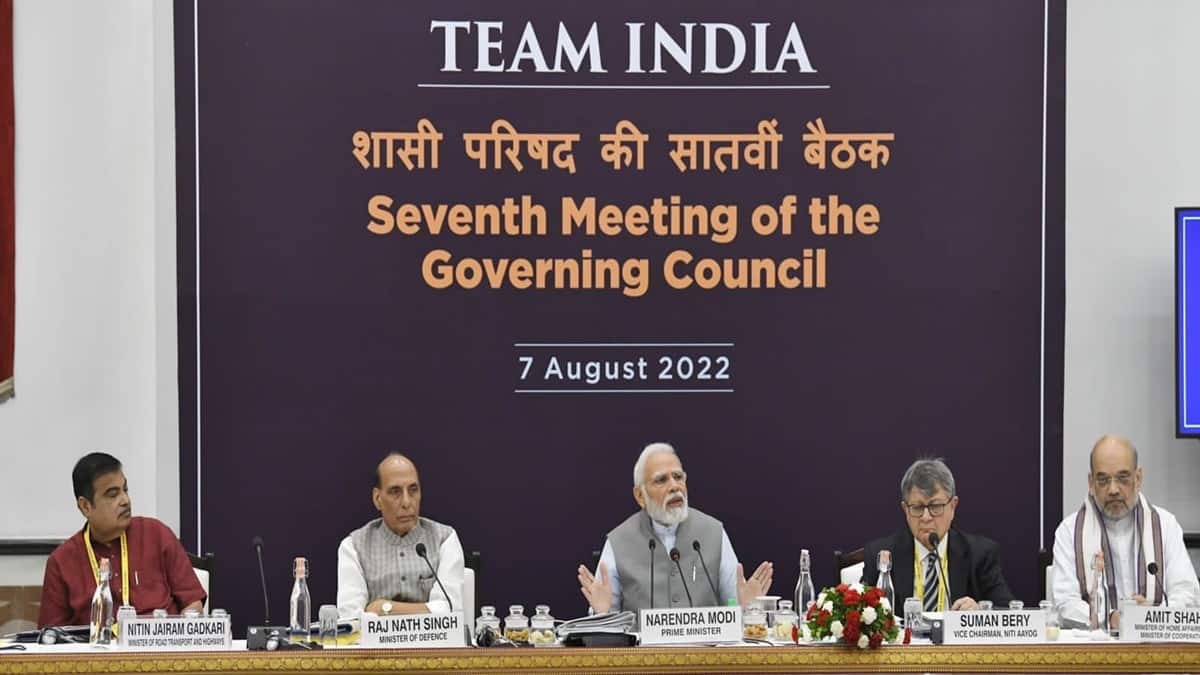 On Sunday, Prime Minister Narendra Modi advocated modernizing the country’s agricultural sector using technology so that it can become self-sufficient in more crops, including pulses and oilseeds.

Noting that half of the country’s edible oil demand is met by imports, representing an annual import bill of Rs 1 trillion, he called for measures including a change in cultivation pattern. by the States to reduce this dependency to 25% over the next few years.

Addressing the 7th Niti Aayog Board Meeting, which was attended by 23 chief ministers of states, three lieutenant governors of union territories and many union ministers, Modi said that rapid urbanization can become India’s strength instead of weakness by leveraging technology to ensure ease of living, seamless service delivery and improved quality of life.

Modi said that while Goods and Services Tax (GST) collections have recently improved (monthly average of Rs 1.5 trillion in April-July, FY23), the potential is far greater. Increasing GST collection requires collective action from the Center and the states. This is crucial to strengthening our economic position and becoming a $5 trillion economy, he said.

Amid the schism between the Center and some opposition-led states over an alleged interventionist role of the former in their constitutionally guaranteed powers, Modi stressed the importance of a collaborative relationship between the two to promote the goal of inclusive growth.

Niti Aayog Vice President Suman Bery told the media later that National Education Policy 2020 (NEP) discussions in the council saw some states wanting to give high priority to primary education and others in higher education. He also underlined the role of the think tank as an ombudsman in dealing with issues concerning the Center and States.

VK Paul, a member of the think tank, said there was a strong consensus on the NEP among the chief ministers of the states.

The prime minister asked states to closely monitor progress in implementing the policy and to conduct monthly reviews.

The think tank, Paul said, would be a facilitator of systematic engagement between the Center and the states to push the implementation of policies and programs developed to address the challenges facing the nation.

Ramesh Chand, another member of the think tank, said some chief ministers had argued for stronger minimum support prices (MSPs) for pulses and oilseeds.

With India set to assume the G-20 presidency in 2023, Modi urged states to set up dedicated G-20 teams to make the most of the initiative.

Chhattisgarh Chief Minister Bhupesh Baghel reiterated his state’s demand for a five-year extension of the GST deficit compensation scheme, which ended on June 30.

Noting that his state is hit by natural disasters almost every year, Chief Minister of Odisha Naveen Patnaik urged the Center to make it a priority state and allocate funds for disaster protection. “We all accept that the state and central governments are political entities and there are sometimes disputes in the implementation of central regimes. Niti Aayog can resolve these issues like an ombudsman,” Patnaik said.