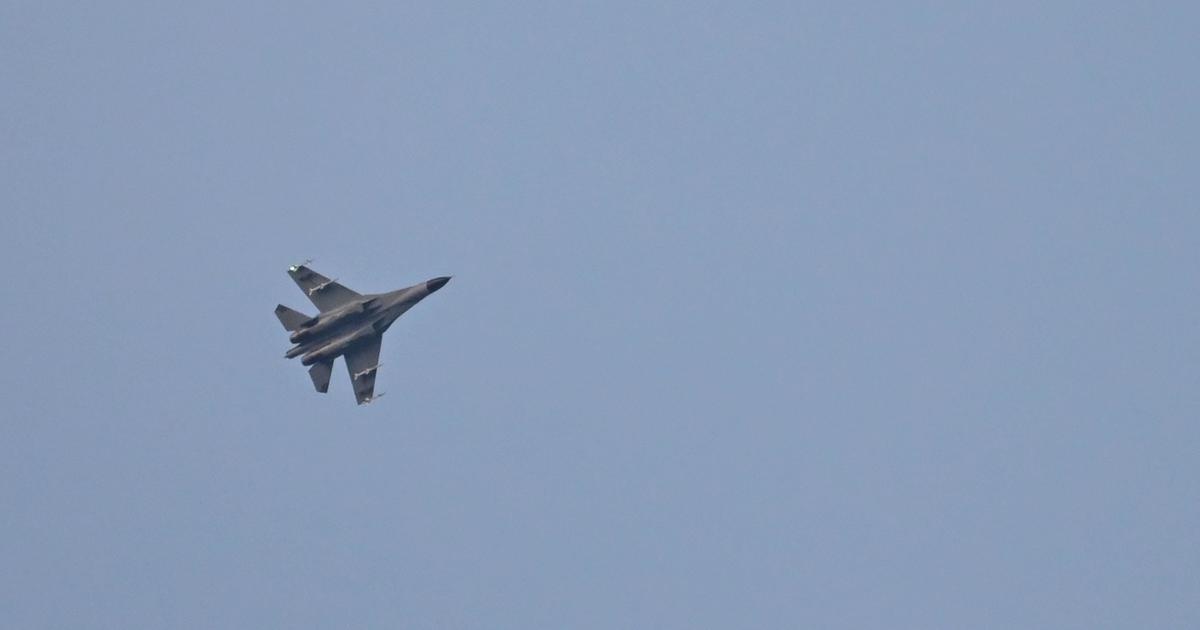 beijing — China carried out new military drills around Taiwan on Monday, Beijing said, defying calls to end its biggest-ever drills around the island following a visit by the US House Speaker , Nancy Pelosi. Beijing raged over the trip by Pelosi – the highest elected US official to visit Taiwan in decades.

The visit, which Beijing has warned against for weeks, prompted China to tear up a series of talks and cooperation agreements with Washington, particularly on climate change and defence. It has also deployed fighter jets, warships and ballistic missiles in what analysts have described as a practice of blockade and ultimate invasion of the self-ruled democratic island that China claims as its territory.

Those drills were due to end on Sunday, but China said Monday they were still ongoing.

“The Chinese People’s Liberation Army Eastern Theater continued to conduct joint exercises and practical training in the sea and airspace around the island of Taiwan,” the military said.

“China’s provocation and aggression have damaged the status quo of the Taiwan Strait and heightened tensions in the region,” the island’s foreign ministry said in a statement.

Beijing was also due to carry out live-fire drills in parts of the South China Sea and the Yellow Sea on Monday.

Taiwan remained defiant throughout the Chinese drills. His army said it would hold anti-landing drills in southern Taiwan on Tuesday and Thursday.

They will include the deployment of hundreds of soldiers and about 40 howitzers, the army said.

Taiwan insisted that no Chinese aircraft or ships entered Taiwan’s territorial waters during the drills. But to show how close it got to Taiwan’s shores, the Chinese military released video of an Air Force pilot filming the island’s coastline and mountains from his cockpit.

The Eastern Command also shared a photo it said was of a patrolling warship with the Taiwan coastline visible in the background.

Ballistic missiles were fired over the Taiwanese capital during exercises last week, according to Chinese state media.

The scale and intensity of China’s exercises – as well as its withdrawal from key climate and defense talks – have sparked outrage in the United States and other democracies. US Secretary of State Antony Blinken said Washington was “committed to acting responsibly” to avert a major global crisis.

But Beijing on Monday defended its behavior as a “firm, forceful and appropriate” response to what it sees as a US provocation.

“(We) are only warning the perpetrators,” Foreign Ministry spokesman Wang Wenbin said at a regular press briefing, promising that China would “firmly destroy the Taiwanese authorities’ illusion of gain their independence through the United States”.

“We urge the United States to think seriously and immediately correct its mistakes,” he said.

Speaking to CBS News’ “Face the Nation” in Washington on Sunday, Taiwan’s top representative to the United States, Bi-khim Hsiao, said it was neither his island nor the United States that was threatening.

“We have been living under threat from China for decades,” she said. says to moderator Margaret Brennan. “We can’t let their persistent threats define our desire to make friends overseas. If you have a child who is being bullied at school, you don’t say you don’t go to school You try to find a way to deal with the bully, and that’s exactly what Taiwan is doing, and working to make our society stronger and more resilient, thus fortifying our defenses, so that we have the means to manage the risks. The risks are not posed by Taiwan, nor by the United States. The risks are posed by Beijing.”

Experts say the drills revealed an increasingly emboldened Chinese military capable of carrying out a grueling blockade of the island and hobbling any US forces that might attempt to come to the aid of Taiwan.

“In some areas, the PLA may even exceed American capabilities,” Grant Newsham, a researcher at the Japan Forum for Strategic Studies and a former US Navy officer, told AFP.

“If the battle is confined to the area just around Taiwan, today’s Chinese navy is a dangerous adversary – and if the Americans and Japanese don’t intervene for whatever reason, things would be tough for Taiwan. .”