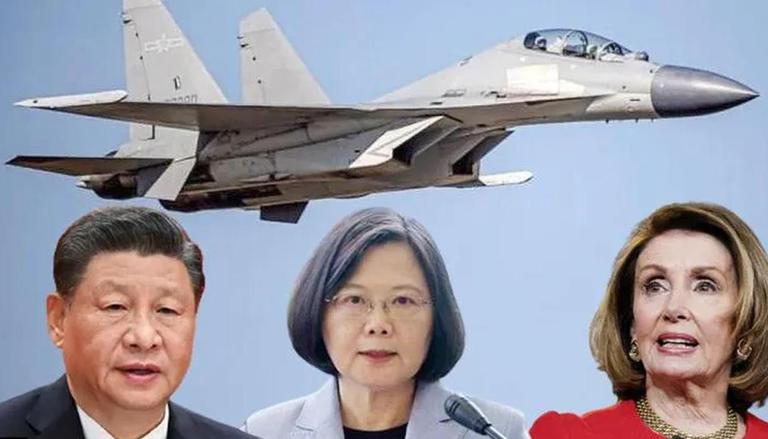 U.S. House Speaker Nancy Pelosi, whose trip to Taiwan sparked a direct confrontation between the U.S. and China and heightened tensions in the region, said Congress would not be intimidated by the Beijing’s reaction to his trip. Pelosi went on to say that Chinese President Xi Jinping was acting like a frightened bully apparently referring to Beijing’s widespread response, including trade restrictions in Taiwan and the launch of large-scale military exercises encircling the island. China has also pulled out of negotiations on a key deal with the United States.

On NBCs Today, Pelosi said just because Chinese President Xi Jinping has his own insecurities doesn’t mean I’m going to ask him to do my schedule for members of Congress.

In another interview on MSNBC, the US House Speaker, who was the first bureau official to visit Taiwan in 25 years, said China cannot control the schedules of members of Congress and “We’re not going to be complicit in his isolation from Taiwan.” Pelosi also said, “I think he’s in a fragile place. He acts like a scared bully.”

Pelosi’s visit to Taiwan lasted 18 hours last week, prompting a furious backlash from China which considered the island its own territory. Beijing has also launched large-scale, multi-day military drills in six regions around Taiwan. As China appeared to be building up its military might, reports say it launched missiles that likely flew over Taipei and into waters Japan claims as an exclusive zone.

Despite China’s threats and its response to her trip, Pelosi stressed that she intended to boost US President Joe Bidens’ focus on the region. It bears mentioning that the White House was very obvious in placing the responsibility for the trip on them alone saying it was their decision. However, Biden administration officials united in criticizing Chinese military drills around Taiwan and announced Washington’s own military drills.

Pelosi called Beijing a tyrant just days after the Chinese government sanctioned the US House speaker and his associates. CGTN had specified that the measure had been announced by the Chinese Ministry of Foreign Affairs. The sanctions against it came after Beijing suspended exports of natural sand to Taiwan and banned imports from various Taiwanese companies producing sweets, pastries and other baked goods.

Meanwhile, China’s military announced on Tuesday that its navy and air force would continue joint exercises in the waters and airspace surrounding the self-governing democratic island. Following four days of large-scale military exercises that were launched after the Speaker of the United States House of Representatives visited Taiwan for the first time in 25 years, the Army’s Eastern Theater Command People’s Liberation said that the upcoming exercises should prepare the joint defense and joint blockade of the autonomous island. However, he did not mention an end date.