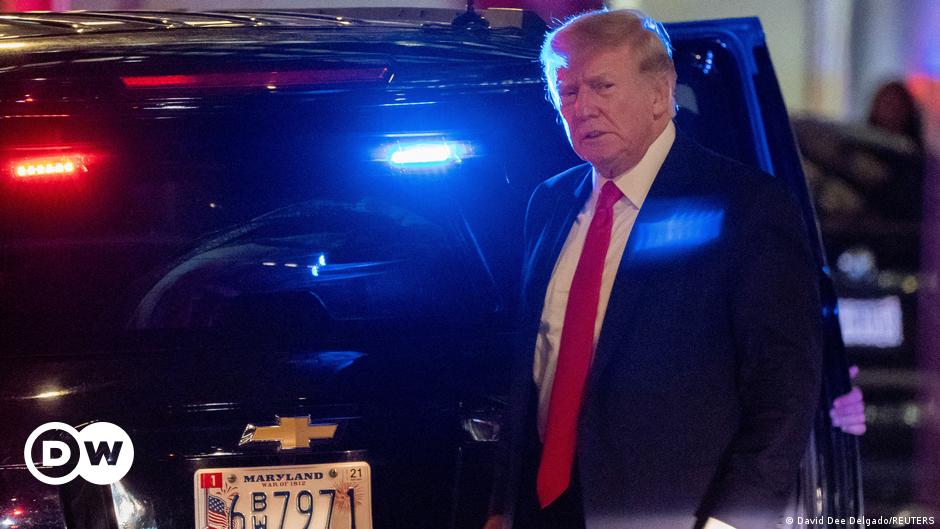 Senior Republicans are rallying around former President Donald Trump after the FBI raided his Mar-a-Lago mansion on Monday.

The search aimed to determine whether Trump still had classified documents he removed from the White House when he left office in January 2021. But top right-wing lawmakers have lambasted the FBI over the incident, which , according to some, has been politicized.

Trump’s former vice president Mike Pence, who is reflecting on his own presidential run in 2024, said the research had the appearance of partisanship.

“I share the deep concern of millions of Americans over the unprecedented search of President Trump’s personal residence,” he wrote on Twitter.

Florida Governor Ron DeSantis called the raid “a further escalation in the weaponization of federal agencies against the [Biden] political opponents of the regime.

DeSantis is the main contender against Trump in the upcoming Republican presidential primaries, having been questioned in second place for months.

Congressman Kevin McCarthy, who is seeking to become Speaker of the House if Republicans win November’s midterm elections, also criticized what he called the “weaponized politicization” of the Justice Department.

Senator Lindsey Graham, one of Trump’s main allies, said “opening an investigation into a former president so close to an election is more than problematic”, while Congresswoman Elise Stefanik, a third Republican of the House of Representatives, called Monday’s events “a dark day in American history.” .”

Marjorie Taylor Greene, who was elected to the House in 2021 but quickly gained a reputation for supporting Trump and spreading conspiracy theories, accused the FBI of going rogue.

“Last night’s tyrannical FBI raid on Mar-A-Lago unites us in a way I’ve never seen,” she wrote on Twitter.

In response to these widespread accusations of political partisanship against the FBI, House Democrat Speaker Nancy Pelosi hit back, noting that “the director of the FBI was appointed by Donald Trump.”

On Tuesday, Trump used news of the FBI search to solicit campaign donations. In mass emails and text messages, he asked “every patriotic American” to help him against the “endless witch hunt”.

But Jennifer Taub, author and law professor at Western New England University School of Law, dismissed Trump’s claims that the search was politically motivated. She noted that neither the White House nor local law enforcement was aware of the operation.

“Joe Biden had a week of great results. His approval ratings went up. He pushed this massive legislation through,” Taub told DW, referring to the landmark climate change, tax and tax bill. drug pricing that was passed by the Senate on Sunday.

“And not only that, Donald Trump running [for president] would be ideal. There’s no way he can win anyway.”