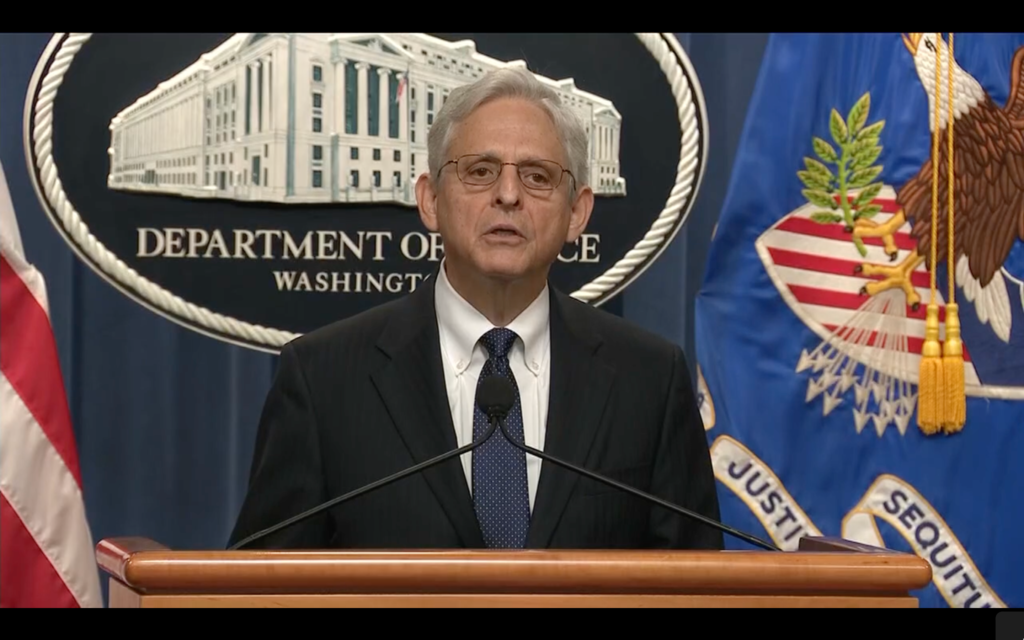 Reports since the raid have focused on allegations that Trump took classified White House documents to his private residence after his term ended, a violation of federal law. The National Archives and Records Administration said so in a letter to the Department of Justice (DOJ) earlier this year.

Many Republicans railed against the raid, calling it “next level Nixonian,” akin to the acts of “Third World Marxist dictatorships.” Minority Leader Kevin McCarthy of California warned that the DOJ “has reached an intolerable state of militarized politicization” and that when Republicans take over the House of Representatives after this year’s midterm elections, they will “conduct surveillance immediately” of the department.

At the press conference, during which he spoke for less than five minutes and asked no questions, Garland announced that, in keeping with his promise that the department would “speak through its court documents and work,” the DOJ had filed a motion to unseal the “search warrant” and “property receipt” from the Mar-a-Lago raid. Garland said the DOJ decided to release the documents “in light of the former president’s public confirmation of the search, the surrounding circumstances, and the substantial public interest in this matter.” He didn’t say what documents were seized, but the motion cites statements by Christina Bobb, Trump’s attorney, that the warrant was for “presidential records or any possibly classified documents.” “As such,” the motion states, “the occurrence of the search and the indications of the subject matter are already public.”

Although he clarified that the search warrant was “authorized by a federal court after the requisite finding of probable cause,” Garland admitted that he “personally approved of the decision to seek a search warrant in this case. “. He also clarified that the DOJ “does not make such a decision lightly. Wherever possible, it is standard practice to seek less intrusive means as an alternative to a search and to tightly limit any search undertaken.”

The New York Times reported earlier today that Trump had in fact received a subpoena earlier this year, asking him to turn over classified documents that had been improperly removed from the White House. While Trump apparently returned documents in response to the subpoena, the Times alleges federal investigators believed there were more. The search warrant was considered the last straw after other less invasive methods were tried.

It’s entirely possible that the FBI, which is not known for its dedication to transparency, is only making this move because of the huge spotlight Trump and his supporters have put on him. But whatever the motivation, greater transparency in law enforcement is a net positive.

He is one of Utah’s highest-rated recruits ever. What can Ethan Calvert do for the Utes this year?