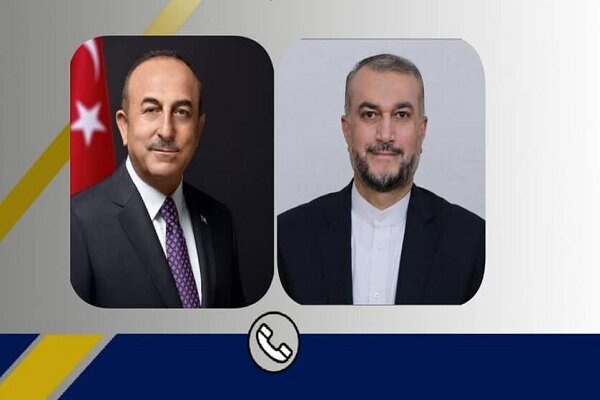 We sent our message to America through the Europeans and we hope that the American side will create the situation to agree on the final text by adopting a realistic and pragmatic approach towards the legitimate and legal demands of the Islamic Republic. of Iran, noted Amir Abdollahian.

The latest round of talks resumed after a nearly five-month hiatus in Vienna on August 4. The parties to the negotiations said that relative progress had been made in resuscitating the agreement. However, after four days, Iranian and US negotiators returned to capitals to consult with senior officials.

The return to capitals followed after the European Union’s head of foreign affairs and security policy, Josep Borrell, presented what he called a final text to revive the JCPOA.

The Iranian Foreign Minister hopes that the United States will lay the groundwork for the restoration of the JCPOA by adopting a realistic and pragmatic approach.

Iran insists nothing is agreed until everything is resolved.

In an Aug. 8 tweet, Borrell, who is the JCPOA talks coordinator, tweeted, What can be negotiated has been negotiated, and it’s now in final text. However, behind every technical question and every paragraph is a political decision that needs to be taken in capitals.

The head of Iranian diplomacy also spoke by telephone with Omani Foreign Minister Badr al-Busaidi about the negotiations in Vienna.

Amir Abdollahian also praised Oman for its mediation efforts to put the nuclear deal on track and lift sanctions against Iran.

For its part, al-Busaidi said, Oman believes that a successful negotiation will benefit all parties.

Oman and Qatar mediated between Iran and the United States to restore the nuclear deal.

Ahead of the recent talks in Vienna, Qatar hosted indirect talks between Iran and the United States in late June. As usual, the talks were coordinated by Borrell MP Enrique Mora.

In his talks with Cavusoglu, the Iranian Foreign Minister also condemned the Zionist regime’s barbaric attack on Gaza in which a number of Islamic Jihad resistance leaders and helpless civilians, including children, were killed as martyrs.

The two heads of diplomacy also described as positive the July 19 visit of Turkish President Recep Tayyip Erdogan and his high delegation to Iran and exchanged views on the implementation of the agreements reached during the seventh meeting of the Iran-Turkey High Council.

Amir Abdollahian said President Ebrahim Raisi had ordered relevant bodies to seriously follow the agreements signed during Erdogan’s visit to Tehran. The Foreign Minister went on to say that close interaction between the ministries and institutions of the two countries to materialize what has been agreed is in line with the interests of the two neighbors.

Oman will stand by the Palestinians

Amir Abdollahian also spoke with Oman’s foreign minister about the Israeli regime’s attack on the coastal enclave of Gaza.

During the Israeli airstrikes on Gaza, the head of Iranian diplomacy launched an intensive campaign against the attacks during his talks with regional and international figures.

Foreign Minister al-Busaidi also said that Oman has always supported the rights and ideals of the Palestinian people and will stand by them.

They also reviewed some issues of common interest.