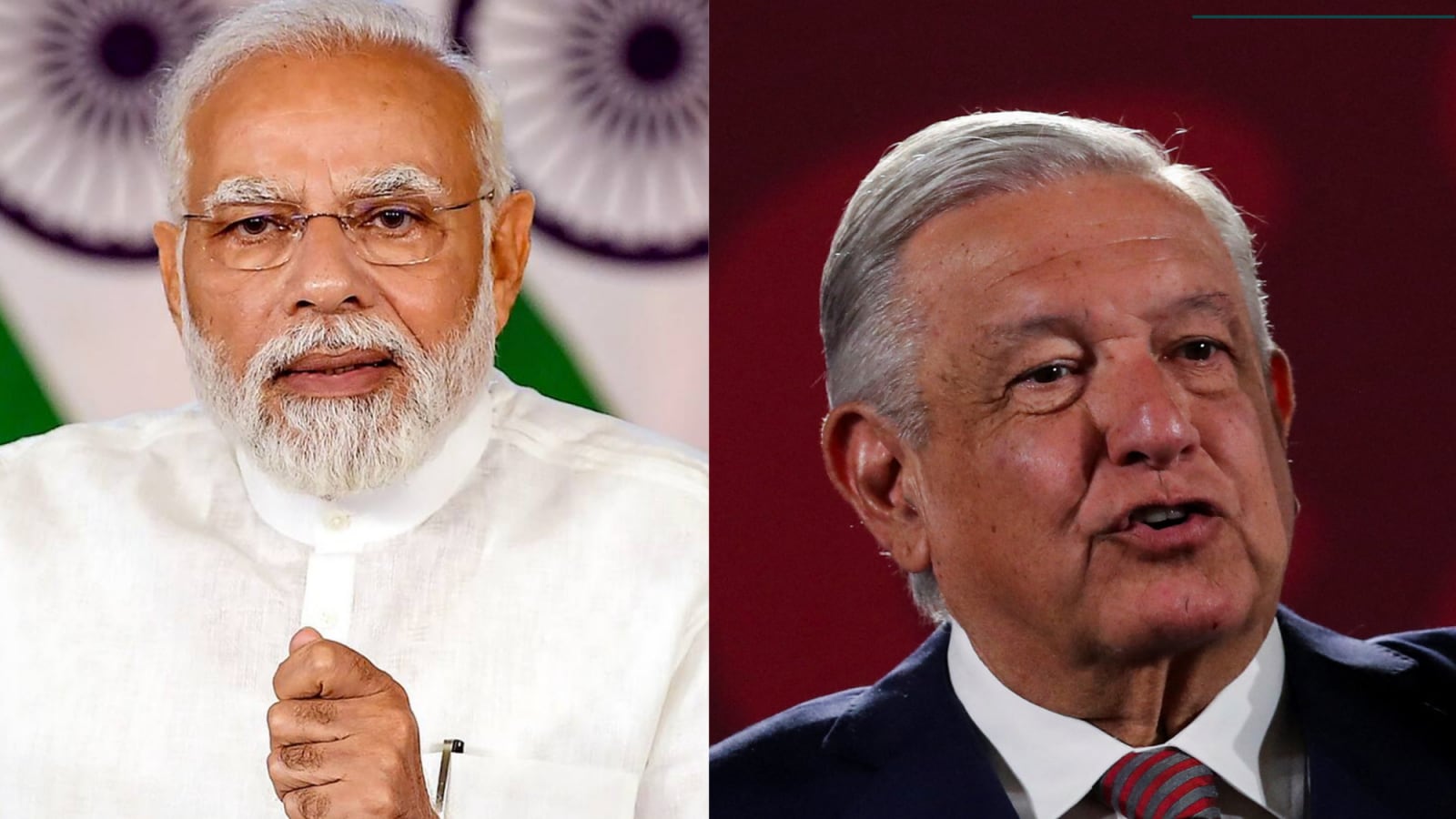 As the world sees a recurrence of a Cold War-like situation, with Russia, China, the United States and Europe taking sides, one person has risen above that train up and running and has become the true world leader. His motto of Sabka Saath, Sabka Vikas has earned him the place he deserves in today’s global context. It is none other than the Honorable Prime Minister of India, Narendra Modi.

Mexico’s President Lopez Obrador recently proposed that an international commission be formed to promote world peace without war or trade war for the next five years. The following three members have been proposed to the United Nations: Pope Francis, considered a symbol of peace and humanity; United Nations Secretary-General Antnio Guterres, with the UN as the only organization in the world, after World War II, to maintain peace and security; and the Prime Minister of India, Narendra Modi, who believes in the idea of ​​Vasudhaiva Kutumbakam (The world is one family). This decision is an indication that Prime Minister Modis’ foreign policy and its imprint are clearly visible in the world scenario today.

As Prime Minister Modi envisioned, India is gaining international recognition for its foreign policy. His leadership changed the international image of India. There have been many instances where India has been able to balance critical international situations in the best possible manner without compromising its national interest or the general welfare of its people, whether it has faced the pandemic, to the Ukrainian crisis or that it has undertaken development activities on the African continent and by helping Sri Lanka to face its economic crisis.

Prime Minister Modi has put his neighbors first since taking office in 2014. This was demonstrated by breaking tradition and making history by inviting SAARC countries to the swearing-in event.

India has been proactive in providing all possible assistance to its neighbors in times of distress. For example, when China launched its expansionist policy in the Chumbi Valley region in 2017, it stood alongside Bhutan. In 2018, India quickly offered a $1.4 billion financial package to help the Maldives emerge from China’s debt trap diplomacy.

Just this year, as Sri Lanka suffered one of the worst economic crises in its history, largely due to Chinese debt-trap diplomacy, India extended its support to the island nation. , despite some measures taken by Sri Lanka against India, such as the dismantling of the agreement with the Eastern Container Terminal.

With more emphasis on the Eastern policy of the Indias Act, Prime Minister Modis’ foreign policy has clearly spelled out the importance of Southeast Asian countries. India has initiated various development activities in Cambodia, including restoration of culturally significant sites and development of regional connectivity, such as the IMT highway.

India’s relations with this region have been strengthened like never before under the leadership of Prime Minister Modis. Thanks to its excellent soft power diplomacy, India has managed to balance several problems specific to this region of the world. It has maintained a balance in its relations with Arab countries, Iran, Palestine and Israel. Under Prime Minister Modis, Israel and Palestine could be separated. He earned a well-deserved reputation for his handling of West Asian politics. In response, the Israeli Air Force provided an air escort for the prime minister’s visit to Ramallah. Furthermore, the UAE honored the Prime Minister with its highest civilian honor and signed a comprehensive trade and economic agreement with India as equal partners without India being compromised.

Along with this, on the lines of Quad, India has become a part of I2U2, popularly known as West Asia Quad, to have stable and free circulation in the Indian Ocean region.

India and the Indo-Pacific countries

The last eight years under Prime Minister Modi have seen many changes in India’s foreign relations with this region of the world. The United States openly recognizes India’s crucial role in the security and stability of the Indo-Pacific region. He then formed Quad, which included India as a member. Despite India’s good relations with Russia and the sanctions imposed on it under CAATSA, no such sanctions were imposed on India when it entered into the agreement on the S-400 missile system with Russia.

Despite growing pressure from the West to take a stand on the Ukraine crisis or to support sanctions against Iran or Russia, India has handled the situation with restraint. Without taking either side, non-alignment was the approach followed by her.

The reforms and realistic policies of the Modi government have prompted several Western countries to sign trade agreements with India. Australia was the latest addition to this list. Unlike in the past, both parties agreed on an equal footing during the negotiations. The United Kingdom and Canada will soon join this list.

Europe and other Eurasian countries

India has decided to work on its Act Far East policy as part of its closer ties with Russia. India and Russia agreed to invest in this part of the region at the 20th annual India-Russia Summit in Vladivostok to further strengthen their ties.

Despite the Ukrainian crisis, India was the only country able to hold talks with both sides and facilitate Operation Ganga, which evacuated Indians from Ukrainian conflict areas.

Other developments under PM Modi

Besides these relationships, India has taken the lead in becoming the voice of the unheard of. India has repeatedly stressed the importance of solving the problems of small, vulnerable countries, which is why when China refused to supply vaccines to Uruguay, India quickly stepped forward to help the countries in need.

During the pandemic, India’s role as a global leader was clearly visible. Under Vaccine Maitri, India has helped vulnerable countries overcome adversity. India and South Africa had asked the World Trade Organization to waive Covid-related intellectual property rights to ensure that vaccines and medicines are available and accessible to small, vulnerable countries.

Prime Minister Modis’ leadership has been instrumental in shaping India’s foreign policy. After getting rid of its soothing trappings, India is now asserting itself more. At a time when world leaders are vying for territory, resources and power, India continues its journey towards achieving Vasudhaiva Kutumbakam’s goal, without compromising its national interest or general welfare.

Nupur Bapuly holds a PhD in International Relations from Jawaharlal Nehru University. She is currently working as a political analyst in a think tank in New Delhi. The opinions expressed in this article are those of the author and do not represent the position of this publication.