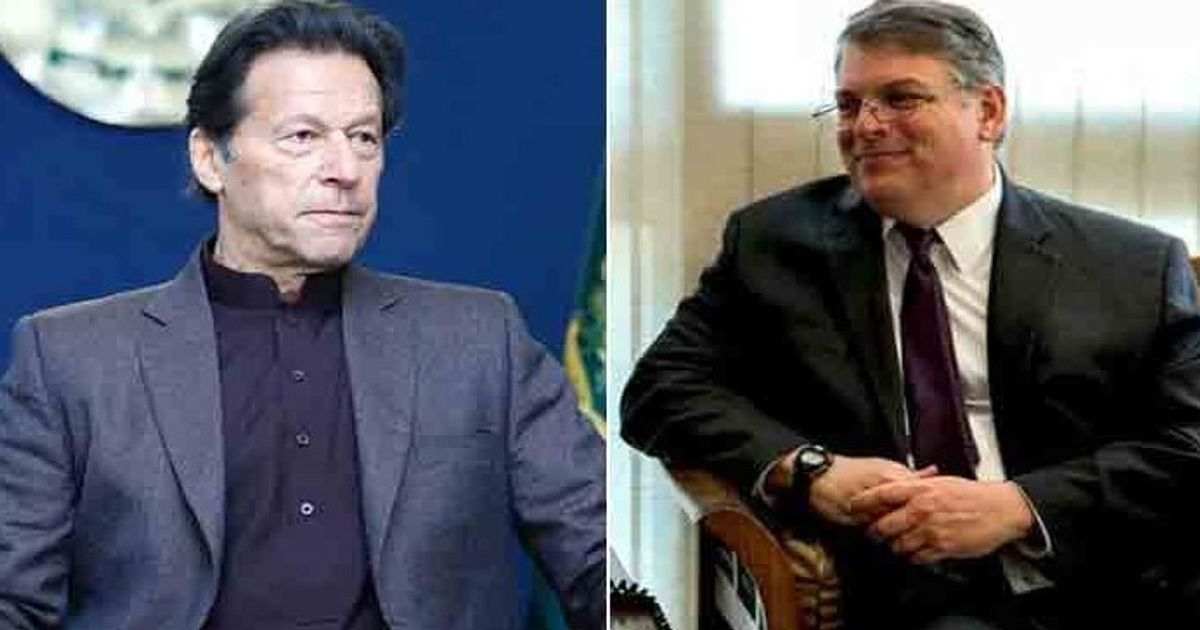 PTI denied that Imran Khan contacted US Ambassador Donald Blome and called the reports “fake news”. PTI leaders claim that the aforementioned report is part of a smear campaign against the former Prime Minister of Pakistan.

“The rate at which fake news is spreading is also at record speed, as are inflation records set weekly by this imported government. Now a fake story of a phone call between Imran Khan and the States Ambassador United States is being peddled,” PTI leader Asad Umar tweeted.

The speed at which fake news spreads is also at record speed, as are the inflation records set weekly by this imported government. Now a fake story about a phone call between Imran Khan and the US Ambassador is being peddled.

Meanwhile, PTI’s Shireen Mazari – who has spoken extensively about the US plot against Imran Khan – claimed more “false allegations and evidence” would emerge.

“There is absolutely no truth to the fact that Imran Khan had a conversation over a cell/video link with US envoy Blome. This is part of a planned smear campaign against Imran Khan by an imported government politically terrified of Imran Khan. We expect more such misrepresentations and evidence to follow!” Shireen Mazari tweeted.

There is absolutely no truth to the fact that Imran Khan had a conversation over a cell/video link with US envoy Blome. This is part of a planned smear campaign against IK by an imported government politically terrified of IK. We expect more misrepresentations and “evidence” of this type to follow!

Read more about Imran Khan’s contact with the US envoy

Reports have emerged that Imran Khan has established contact with US Ambassador to Pakistan Donald Blome.

The video call between Imran Khan and Donald Blome allegedly took place on August 4 between approximately 1:45 p.m. and 2:15 p.m. The head of the PTI reportedly told the diplomat that the views of US Assistant Secretary Donald Lus should not have become the official US position.

My sources say the video call between Imran Khan and the US Ambassador on August 4 lasted almost 25 minutes and contrary to media leaks, it was more of an exercise in bridging Imran’s name. Khan.

Interestingly, the revelation – which has yet to be dismissed or confirmed by Imran Khan or the US Embassy – caused a stir in Pakistan. The contact is seen as a “U-turn” by Imran Khan and his American bashing.