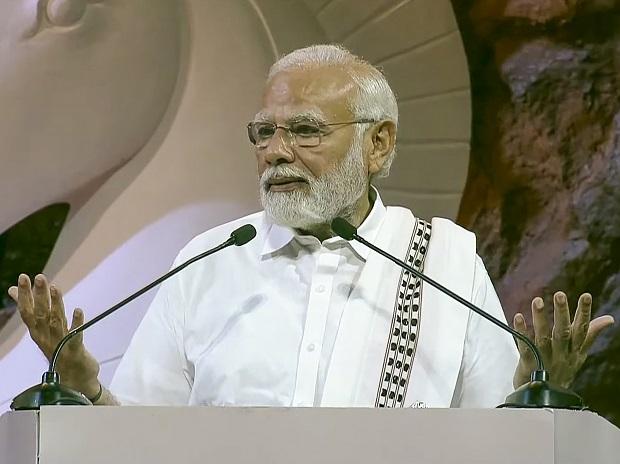 Prime Minister Narendra Modi on Sunday paid tribute to all those who lost their lives during the partition of India and Pakistan.

“Today, on #PartitionHorrorsRemembranceDay, I honor all those who lost their lives during partition, and I applaud the resilience and courage of all who suffered during this tragic time in our history,” said Prime Minister Modi said in a tweet.

Prime Minister Modi announced last year that August 14 would be observed as “Partition Horrors Remembrance Day” to remind the nation of the sufferings and sacrifices of Indians during the 1947 partition.

“The pains of partition can never be forgotten. Millions of our sisters and brothers have been displaced and many have lost their lives due to senseless hatred and violence. In memory of the struggles and sacrifices of our people, August 14 will be celebrated as the day of remembrance of the horrors of partition,” PM Modi had said.

Lok Sabha Chairman Om Birla opened an exhibition on “The Horrors of Partition” at the Library of Parliament Building on Monday.

“May #PartitionHorrorsRemembranceDay continue to remind us of the need to eliminate the poison of social divisions, discord and further strengthen the spirit of unity, social harmony and human empowerment,” the Prime Minister tweeted. after announcing the Centre’s decision.

Meanwhile, this year the country is seeing great enthusiasm in celebrating 75 years of Indian independence with the “Har Ghar Tiranga” campaign launched by Prime Minister Modi, in which he called on peasants to bring back the national flag and hoisting it.

Previously, Indian citizens were not allowed to hoist the national flag except on certain occasions. This changed after a decade of legal battle led by industrialist Naveen Jindal, culminating in the historic SC judgment of January 23, 2004 which declared that the right to fly the national flag freely with respect and dignity is a fundamental right of an Indian citizen within the meaning of Article 19(1) (a) of the Constitution of India.

Praising the Center and the Prime Minister for the Har Ghar Tiranga campaign, Naveen Jindal called on all Indians to make “Har Din Tiranga” their motto.

The campaign is launched under the aegis of Azadi Ka Amrit Mahotsav, whose official journey began on March 12, 2021, which launched a 75-week countdown to our 75th anniversary of independence.

(Only the title and image of this report may have been edited by Business Standard staff; the rest of the content is auto-generated from a syndicated feed.)

A Passion for Fashion: Cook Runs His Business in Style | Local News