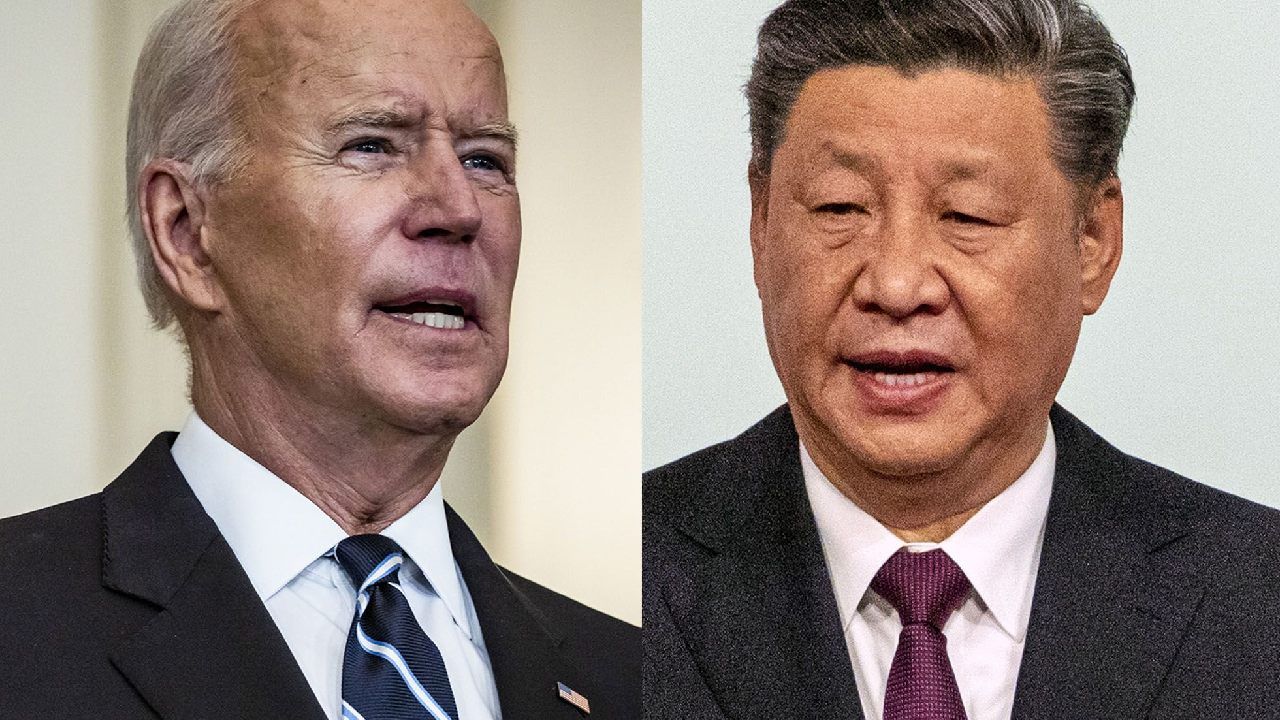 what Joe Biden I ruined a party Xi Jinping It came like a glove. the visit of Nancy Pelosi a Taiwan It has given the Chinese leader an opportunity to stir up nationalistic emotions just as the cooling economy adds to the unease generated by the totalitarian methods he has used against the pandemic.

Instead, the head of the White House tension escalation which prompted the Speaker’s tour of the House of Representatives, eclipsed the feat he had just achieved in the War on Terror: the death of the leader of Al-Qaeda killed in Kabul.

The American drone that Matt to Aymn al Zawahiri compensated, to some extent, for the stain left by the withdrawal from Afghanistan. At the time, as the world watched in amazement as planes took off with swarms of Afghans dangling from their wings, Biden assured that Washington would continue to fight terrorism in Afghanistan but that to do so he no longer had to. need to have troops there.

The death of Leader of Al-Qaeda in Kabul it has become proof that, indeed, the war on terrorism can continue without American troops in Afghanistan. Moreover, the precise attack ended none other than the creator of global terrorism. Osama bin Laden’s number two had helped him design and organize the structure of sleeping cells that fire from a central neuron.

The Saudi sheikh was the leader because of his mystical charisma and because he was the financial brain of al-Qaeda. But the Egyptian doctor who left the family clinic in Cairo to treat mujahideen Afghans wounded in combat against the Soviets, was the strategic mastermind and the organizer of the most shocking and devastating attacks.

He masterminded the bombings of the US embassies in Nairobi and Dar al-Salaam in 1998, the 2000 bombing of the naval ship USS Cole in Yemen, and the attack with airliners on September 11, 2001.

This terrorism strategist who took over the leadership of al-Qaeda when elite commandos killed Osama bin Laden in the Pakistani city of Abottabbad, displayed Biden as a trophy of war when Nancy Pelosi landed in Taipei, generating the Chinese reaction which seems to be the result of an invasion of Taiwan.

It is not the first time China, Taiwan and the United States lurk on the brink of war. The first escalation of tensions occurred in 1954, when Chiang Kai-shek deployed troops to Matsu and Quemoy islands with the intention of jumping to the mainland and reigniting the fight against the Communists. As Mao Tse-tung retaliated by bombing these islands, Washington signed a mutual defense treaty with what was then called the Republic of China and threatened Beijing with a nuclear attack.

In 1958, the second big escalation took place. Eisenhower moved the Seventh Fleet across the Taiwan Strait to help Kuomintang forces repel a Communist army offensive at Matsu and Quemoy. While the third spike in tension came after Chou En-lai and Kissinger brokered the deal that sealed the Nixon and Mao embrace whereby Washington began to view the island as Beijing views it, a Chinese province in rebellion, but securing a Chinese commitment not to attack it or attempt unilateral reunification.

This voltage spike was caused by the Taiwanese President Lee Teng-hui He would travel to New York, although the main reason was that he was the first Kuomintang leader to renounce reunification, defeating the CCP that Ciang Kai-shek wanted, to postulate Taiwan independence as a goal.

Beijing reacted with military maneuvers answered by the aircraft carriers Independence and Nimitz patrolling the strait. But Defense Secretary William Perry has made it clear that he does not expect the moderate Jiang Zemin to invade in this escalation.
Xi Jinping It’s not Jiang Zeman. It has more power, more geopolitical ambitions and also more determination to establish Chinese leadership in all areas. Moreover, today’s China has twice as much military power and clout in the global economy as it did then.

In 1997, for the first time, a Speaker of the House of Representatives visited Taiwan. But that was another matter because it involved Newt Gingrich, an ultra-conservative Republican who, along with Kenneth Starr, the prosecutor who torment a Bill Clinton with the Lewinsky affair, he was a sworn enemy of this president. China therefore did not see American hostility against it, but rather Republican hostility against Clinton. The question is why Pelosi rejected Biden’s request, if the two belong to the same party.

She has always been the most critical voice of the Chinese regime, but the White House chief has maintained contacts with Xi Jinping so that China does not deliver to Russia the weapons it requests. The priority of the Western powers is not in Asia but in Central Europe, where they are trying to prevent Vladimir Putin from achieving everything he planned to do when he invaded Ukraine.

What Pelosi denounced with his trip was the growing Chinese pressure on Taiwan, which includes a reduction in Taiwanese imports, a boycott of Chinese tourism on the island and cyberattacks. According to the veteran lawmaker, if Washington does not draw the red line that it must not cross, Xi will feel free to invade Taiwan. But Pelosi’s decision could have the opposite effect.

The Democratic leader’s decision increased the risk for the country, which has been stunned by the war drums China has been beating since the controversial visit. The danger represented by this voltage spike is measured by the scale of the naval maneuvers, which included missiles passing over the island and military exercises con municin real.

His trip could not only accelerate Xi Jinping’s plan for China to impose control on the island; it could also decide the Chinese leader to collaborate fully with the head of the Kremlin, by sending him the weapons he demands to crush the Ukrainian resistance.

In addition to raising the possibility of the Russian military increasing its destructive capacity in Ukraine by incorporating Chinese weapons, it exposed an unprecedented divide in the Democratic leadership that governs the United States. Yes Joe Biden seems weaker since Pelosi ignored his just request when he tried to strengthen himself by announcing the death of Aymn al Zawahiri, the prey he hunted in Kabul.