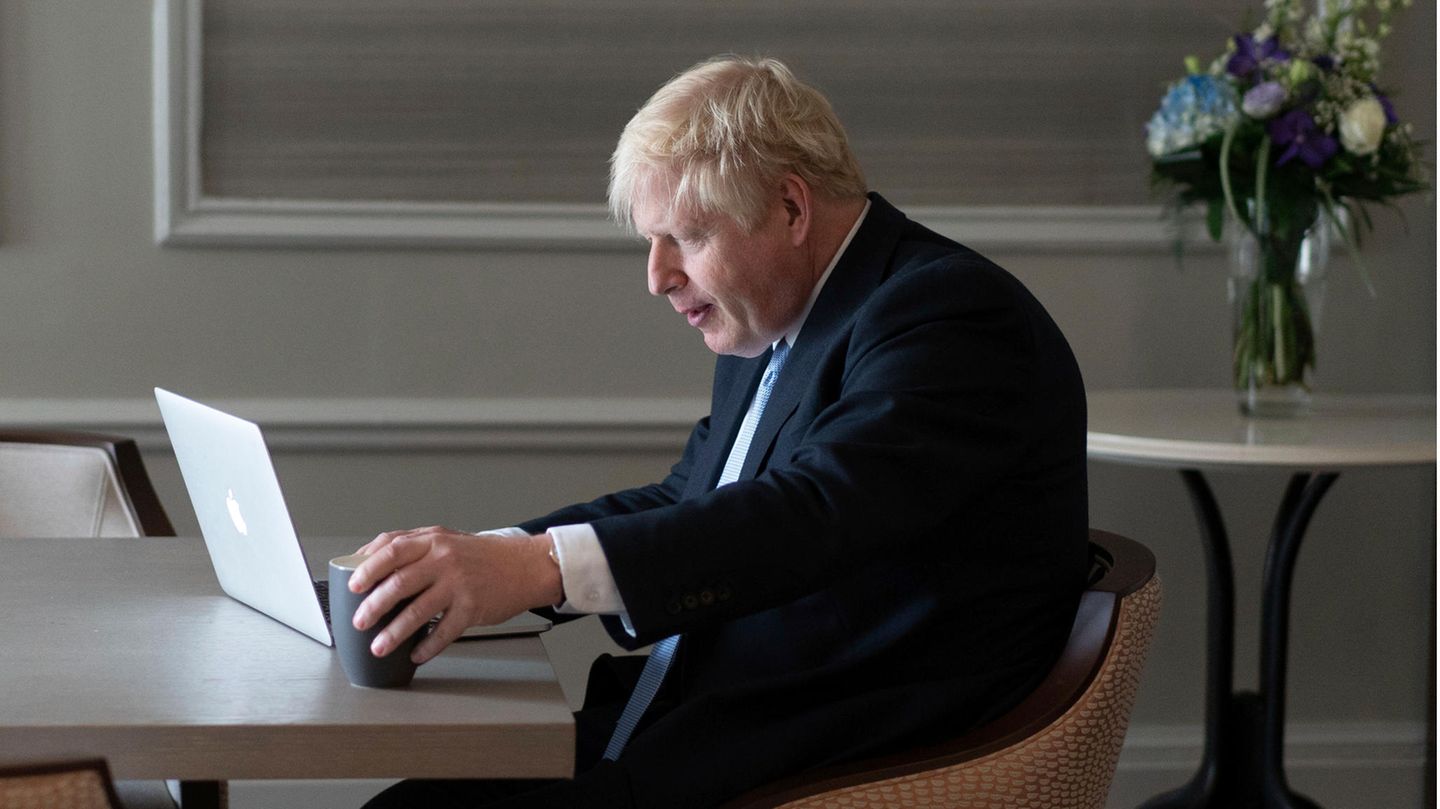 Boris Johnson’s days as British Prime Minister are numbered. What happens afterwards? Perhaps a return to his old profession, which promises great influence.

The ‘Daily Telegraph’ proudly presented Boris Johnson’s ‘great archive’ as he prepares to take up his post as Prime Minister of Britain in the summer of 2019.

With his regular column for the British daily, he “spoils” readers, It’s here, no opinion of a modern politician is better known than his. And what has he failed to put to paper in his nearly three decades of work for the newspaper: a fiery plea for Save the African Elephantfor example, or a text reflected on otter’s retreat.

Of course, he also wrote about politics when he wasn’t talking about crime or culture in the UK. His interjections were often a source of controversy, the Telegraph noted.with satisfaction. Now reunited in “The Best of Boris”a major critique of his published works.

Read between the lines instead: The fact that journalist Boris Johnson became Boris Johnson’s highest ranking politician, even Prime Minister of Great Britain, is also due to the “Telegraph”.

Boris Johnson will only step down as Prime Minister after his successor has been chosen. It could be one of these six

And in a way, there could be something to that. Nicknamed the Torygraph for its unwavering support for the Conservative Party sold around 320,000 copies at the time, making it the second quality newspaper in the country (after “The Times”). Johnson’s writings, in which he often placed his political positions, reached a proportionately high readership of the Conservative electorate.

His last column for the newspaper appeared three days before his appointment as Prime Minister: He talks about Great Britainto show a spirit of optimism like the USA at the time of the moon landing in order to put Brexit on stage.

It is therefore an arrangement from which both parties have benefited and for which the “Telegraph” has probably also been quite expensive: Johnson is said to have recently received £275,000 (about 325,000 euros) for his services, work ten hours a month.

Liz Truss fails in the race to succeed Johnson. Only nobody seems to care

But that was a long time ago, circumstances have changed. Since the “Partygate” affair, even the “Telegraph” has distanced itself from its former darling, who must now leave his post as Prime Minister. Johnson’s The salary will be halved to 84,000 pounds (about 99,000 euros)., he will now only be paid for his services as a “deputy” and no longer for his work as head of government. The outgoing Prime Minister must also leave the office at 10 Downing Street.

Against this backdrop, there is a lot of speculation in Britain about what Johnson’s next job might be. And there may even be signs of a comeback in journalism.

The ‘Daily Mail’ apparently wants to win over Johnson as a columnist, it reports “Guardian” and cites several sources within the newspaper. Downing Street declined to comment and an inquiry with the Tory tabloid went unanswered. What is certain is that working together could be mutually beneficial.

Die “Daily Mail”would attract a well-known author with the best connections to Westminster and world politics. And to some extent know they have a friend in their ranks: For weeks it has been rumored that Johnson also wants to appoint Paul Dacre, the newspaper’s former editor, to the British House of Lords (Read more about it here).Members of the Parliamentary Chamber receive titles of nobility and privileges, but also have a certain political influence.

A so-called lord who acts in the spirit of Johnson during his tenure (which lasts until the end of his life) is sure to please the incumbent prime minister. In any case, it’s not completely absurd: in recent weeks, the “Daily mail”once again he sided with the scandal-ridden prime minister, defended him in the ‘Partygate’ affair and took a tough stance on Tory politicians who have sharply criticized Johnson.

When Johnson was finally ousted as party leader and consequently announced his resignation as premier, the newspaper wrote about the day effect the Tories had lost their minds. The headline on the front page: “What did they do?”

And then there’s Liz Truss, Johnson’s secretary of state and aspiring successor. She also defends the premier break until self-abandonment according to the latest polls as the undisputed favorite in the duel against former finance minister Rishi Sunak, who decidedly sang the swan song for Johnson and has since suffered all sorts of insults from those close to the prime minister. Often released via the “Daily Mail”, which has clearly sided with Truss in the “Leadership Race”, they promise something “breath of fresh air” for politics.

Johnson, if he became a tabloid columnist, could go on to write this story and with his words, that would reach millions of curators across the country, have a verbal influence on the fortunes of Westminster. He may not be prime minister anymore, but he can still make headlines.

Test cricket won’t die in my life, but who will play it, asks Ian Chappell | Cricket News