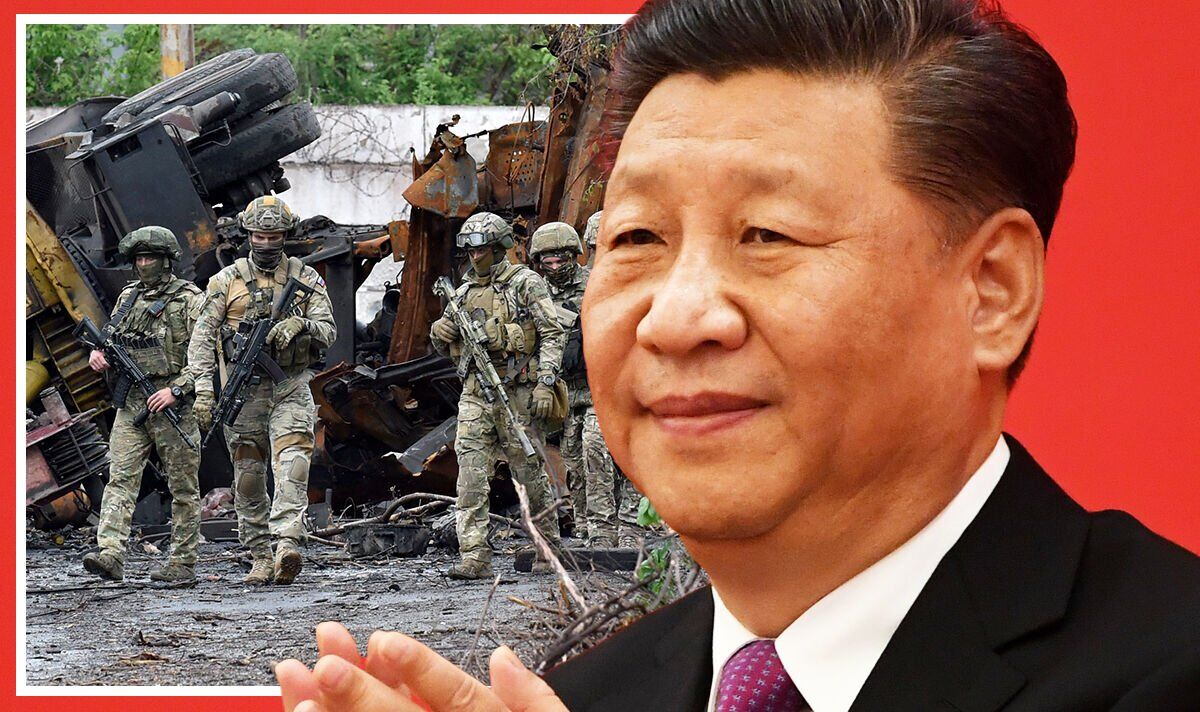 Russian casualties in Ukraine now stand at more than 43,000, according to Ukrainian government estimates. However, Moscow has only officially acknowledged 1,351 Russian dead – the latest total given by the Russian Defense Ministry in March. Putin’s hesitant invasion of Ukraine was far more costly than originally anticipated due to tactical errors, ineffective army, surprisingly strong Ukrainian resistance, and other factors.

But the Russian president’s “failures” on the battlefield are being watched closely by his Chinese counterpart, Xi Jinping, according to a US military expert.

Dr John Callahan, a former diplomat and State Department spokesman, now works as a military adviser and dean at New England College in the United States, and said Beijing was closely following events in Ukraine and reactions in the world.

Speaking to Express.co.uk, he said: “They also have huge command and control difficulties. And unfortunately for the West, the Chinese are watching all these Russian failures.

He added: “But at their founding, China remains a Soviet-style army. Just like Russia, with all its weaknesses.

“There is no reason to think that a Chinese noncommissioned officer is going to show more initiative than a Russian right now.

“They are big and they have a lot of potential strength. But can they use it effectively, beyond just a massive bombardment, as the Russians are doing?

Ahead of Russia’s invasion of Ukraine, Putin and Xi stressed the “boundless” friendship between their neighboring countries.

On February 4, the two authoritarian leaders met in Beijing and affirmed that there would be “no prohibited areas of cooperation” between their nations.

Dr Callahan explained that if China wants to invade Taiwan, it will likely have an easier route than Putin’s in Ukraine, noting how its geography makes it more vulnerable: “The difference between Taiwan and Ukraine is that the Ukrainians have space to trade. for the time, what they do.

“They haven’t been expelled from any of the places over the past few weeks, like Severodonetsk or Luhansk.

“They withdrew. They weren’t expelled. And they have the ability to trade space for time, because it’s a big country and Russian logistics are terrible.

“Taiwan doesn’t have that luxury. And so part of that is that the response from the West should be very quick.

“Even a groping bear could gobble up Taiwan, because it’s small, before there’s a chance to do much.”

The election of muftis, the minority and Turkey