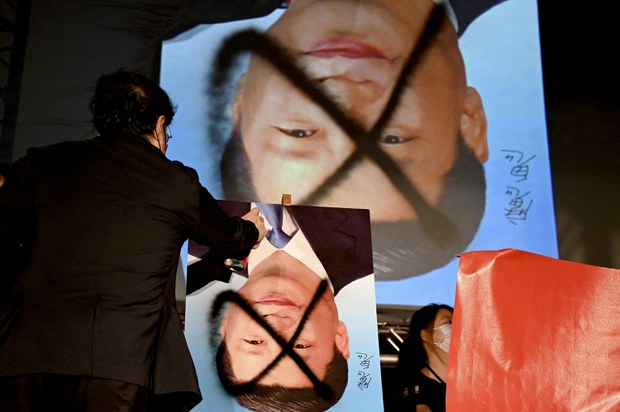 China’s use of mental hospitals to imprison activists without due process remains common, a rights group has said, accusing doctors and the health system of colluding with authorities to punish dissidents.

The majority of the data in the report comes from interviews with victims and their families posted online by the Chinese NGO Civil Rights and Livelihood Watch (CRLW), an organization founded by a citizen activist and journalist. liu feiyue.

The data covers the cases of 99 Chinese people forced into psychiatric hospitalization for political reasons between 2015 and 2021.

“In 2022, the Chinese Communist Party (CCP) still routinely locks political targets up in mental hospitals despite implementing legal changes to end this barbaric practice more than a decade ago,” the group said.

“The CCP is able to completely remove petitioners and activists from the justice system, with no hope of seeing a lawyer or going to court, while ‘diagnosing’ them with mental illness so that they are socially isolated even after their death. release,” he added. .

“Doctors and hospitals are colluding with the CCP to subject victims to medically unnecessary involuntary hospitalizations and forced medication.

Most of the victims were petitioners, he said, “people who often struggle on the lowest rungs of the social ladder in China and are therefore helpless and easy targets.”

“Such numbers indicate that sending political prisoners to psychiatric wards is widespread and routine in China.”

Detainees were often subjected to physical and mental abuse, the report said, citing allegations by prisoners that they were beaten, given electric shocks and placed in solitary confinement.

Among those detained was a young girl who had live-tweeted herself splashing paint on a portrait of the Chinese president Xi Jinpinga man who had sought medical compensation from Beijing for an injury sustained in military service and a longtime pro-democracy activist Zaimin Songhe added.

Beijing’s health ministry did not respond to a request for comment from AFP.

China is a world leader in locking up political opponents, a practice that critics say has intensified under President Xi, the country’s most hardline leader in decades.

Beyond dissidents and petitioners, rights groups say at least a million people, mostly members of Muslim minorities, have been incarcerated in ‘re-education camps’ in the western region of Xinjiang and face widespread abuse, including forced sterilization and forced labor.