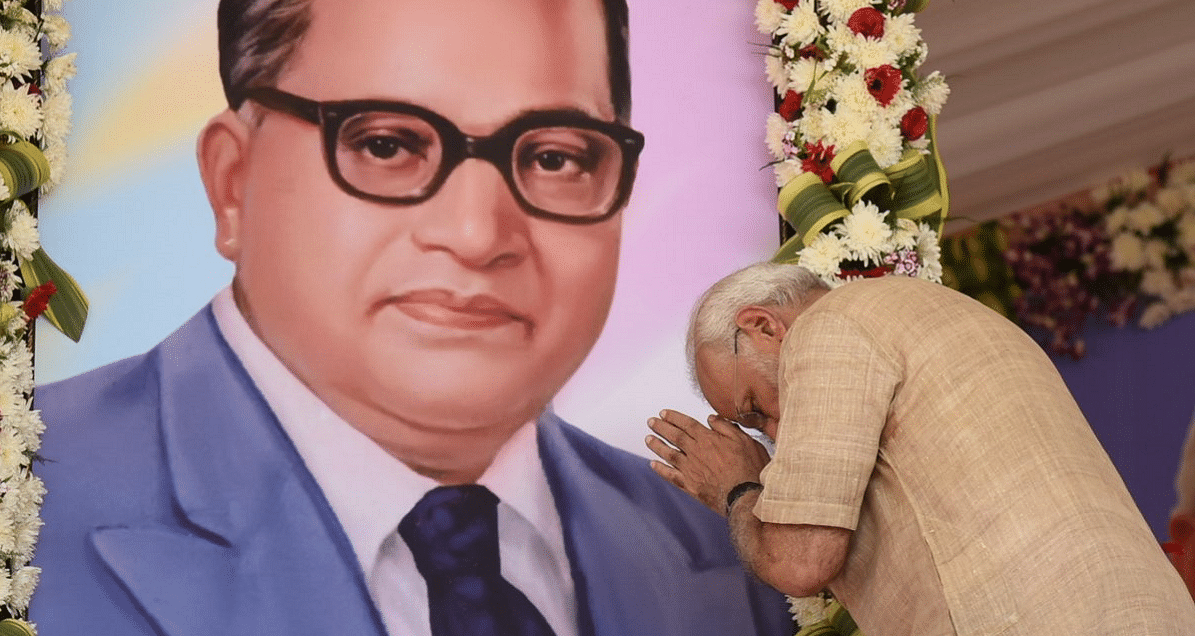 An unusualpublic processiontook place in Gujarat in January 2010. Perhaps for the first time, a city in India witnessed a parade carrying a giant replica of the Constitution atop an elephant. Leading the procession was Narendra Modi, then Chief Minister of Gujarat, alongside a statue of BR Ambedkar.

It was this image from 2010 that crossed my mind while attending the launch of the new bookAmbedkar and Modi:Reformers Ideas Interpreters Implementation. The book launched by former President Ramnath Kovindin New Delhi was accompanied by former Supreme Court Chief Justice KG Balakrishnan. Speaking at the outing, Kovindre recalled how the then CM Modi demonstrated his faith and commitment to Ambedkar’s ideals and the Constitution with this gathering, which was to be one of many such yatras in the over the years.

At the heart of Modis’ relationship with Ambedkar has been a consistent focus on the Indian Constitution and constitutional consciousness. In fact, it would not be an exaggeration to say that it was only during Prime Minister Modis’ tenure that the national consciousness on Ambedkar as the architect of the Indian Constitution attracted his maximum attention. It was Modi who ensured the release of anotice in the official journaldeclaring November 26 Constitution Day during his first term as Prime Minister. This was also followed by a targeted campaign on civic duties as enshrined in the Constitution. Make it a mass digital movement with an online portal with the Preamble in 23 languages ​​and aConstitution Questionnaire.

A sustained focus on Ambedkar and the Constitution has been a feature of Narendra Modi’s eight years in office as prime minister. This commitment contrasts sharply with the way the original Constitution as conceived by Ambedkar has been metamorphosed since Independence.

Between the terms of Jawaharlal Nehru, Indira Gandhi and Rajiv Gandhi as Prime Minister, the Indian Constitution as devised by Dr BR Ambedkar wasamendedover 50 times while diluting and drastically altering its original layouts. In fact, collectively, all congressional governments have amended the Constitution 77 times, more than double the number of amendments during the reigns of all other prime ministers combined.

The more than 100 amendments to the Constitution and the undemocratic way in which the government of Indira Gandhiamendedthe preamble during the emergency by inserting the words socialism and secularism is a repudiation of everything Ambedkar stood for and believed in. In fact, on November 15, 1948, the Constituent Assemblydebatedthe same question of adding references to socialism in the preamble and it was Ambedkar who flatly rejected the request. Ambedkar’s argument was that such insertion would be a repudiation of democracy and would amount to depriving the people of the freedom to decide which economic system is best suited to the country from time to time.

Read also : Why the BJP is the rightful heir to Ambedkar’s legacy

Back to original form?

It is this progressive thinking of Ambedkar, going beyond constitutionalism, that underlies Modis’ reverence for him. From Ambedkar’s advocacy for urbanization and industrialization to his firm belief that education for all is a great leveller, it is Ambedkar’s ideals that form the core of various Modis initiatives, from Make in India to Swachh Bharat through National Education Policy. The paramount role of the Constitution in political empowerment as envisioned by Ambedkar has seen men and women from humble backgrounds rise to the highest political offices in India.Ambedkar and Modiis therefore a timely intervention in public discourse situated at the intersection of Ambedkar’s ideals and Modis’ reforms.

It would perhaps be a fitting tribute to Ambedkar if this public debate were also to deliberate on the question of restoring the Preamble to its original form, ridding it of emergency-era insertions while reminding future generations of Ambedkars of the wise wisdom as he expressed it to the Constituent Assembly. November 15, 1948:

Women’s tennis starts with a big weekend at Wahoowa Invite