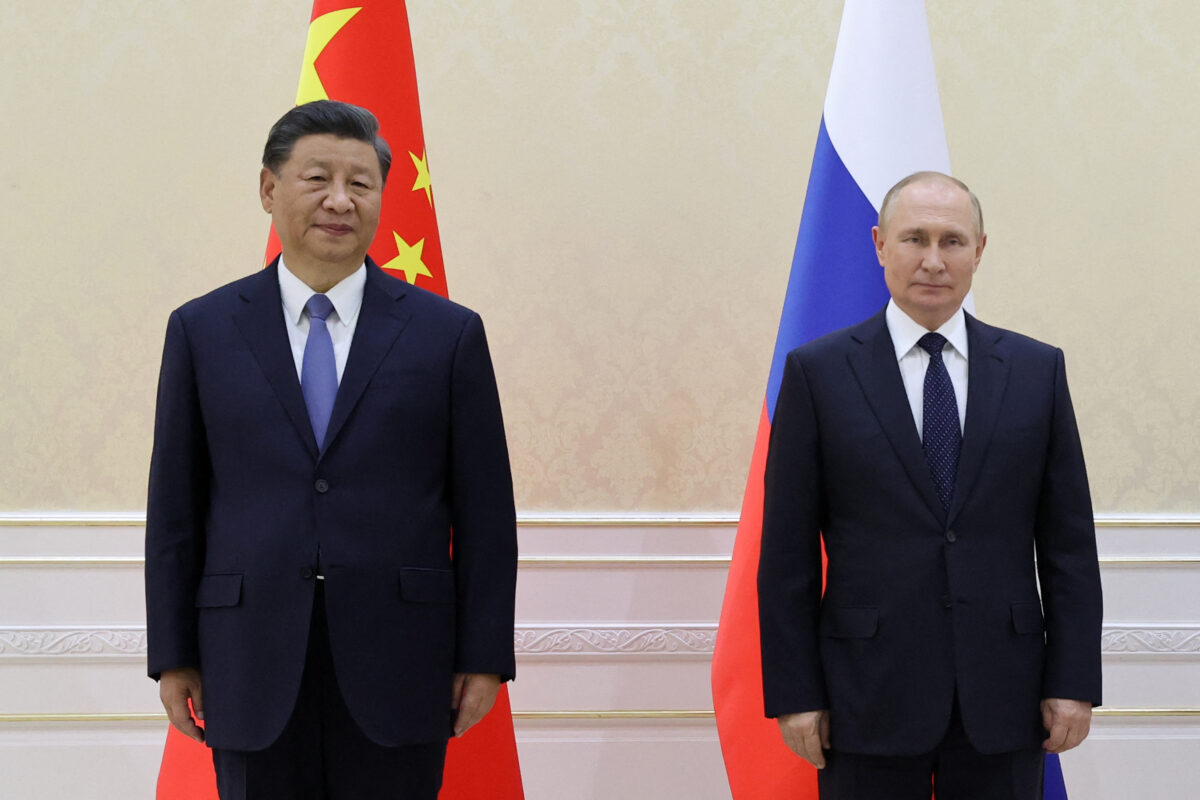 Chinese Communist Party (CCP) leader Xi Jinping returned to Beijing late at night on September 16 after a three-day trip to Central Asia. While attending the Shanghai Cooperation Organization (SCO) summit in Uzbekistan, Xi held individual talks on the sidelines with leaders from 10 countries. However, he had no such meeting with Indian Prime Minister Narendra Modi.

Chinese news agency Xinhua said in a press release that Xi returned to Beijing immediately after the summit in Samarkand ended on the afternoon of September 16.

During the summit, Xi held individual talks with the leaders of Russia, Kyrgyzstan, Turkmenistan, Tajikistan, Iran, Belarus, Pakistan, Mongolia, Turkey and Azerbaijan. Xi was also expected to meet Modi to discuss the China-India border dispute and other issues. However, according to the Xinhua News Agency press release, this did not happen.

Outsiders noticed that neither Modi nor Xi attended a pre-summit event on September 15, which included a dinner and a group photo. Indian media explained that Modi was one of the last leaders to arrive in Samarkand and therefore could not attend the pre-summit event.

Chen said in his September 18 Youtube program that the leaders of the two countries had stopped visiting or talking on the phone since the start of the India-China border war and that Modi had refused to meet Xi. at any international occasion.

“Now the United States, Japan, India and Australia have formed a quadrilateral alliance against the CCP. Under such circumstances, even though the Shanghai Cooperation Organization has an Indian presence and Russia and India are old friends, Modi obviously did not want to make an appearance with Xi Jinping in the same venue, said he declared.

Ahead of the SCO summit, India and China said the two countries had started to disengage from the Gogra-Hotsprings border area in the western Himalayas.

Both sides have stationed tens of thousands of troops in the border area and deployed a large amount of weapons, including aircraft and artillery.

In a statement issued on September 8, the Indian Ministry of Defense said that Indian and Chinese troops in the region have started to disengage in a coordinated and planned manner, which is conducive to peace and tranquility in the areas. border.

At a regular press conference on September 9, Chinese Foreign Ministry spokesperson Mao Ning also claimed that frontline troops from both sides began disengaging from the Ghanaian region on September 8. of Darshan, in accordance with a consensus reached during the 16th round of Sino. -Indian talks at military leader level.

In June 2020, clashes between Indian and Chinese forces broke out in the Galwan Valley in Ladakh. It was the most violent and bloodiest incident between the two nations in 45 years, resulting in the deaths of at least 20 Indian soldiers and at least four Chinese soldiers.

During the summit, Modi met with Russian President Vladimir Putin, where the Indian leader indirectly touched on the Russian invasion of Ukraine.

I know that today’s era is not one of war and we have spoken to you many times on the phone on the subject that democracy, diplomacy and dialogue are all those things that affect the world, did he declare. We will certainly have the opportunity to discuss how we can move forward on the path to peace in the coming days, I will also have the opportunity to understand your point of view.

Putin replied: I know your position on the conflict in Ukraine and I know your concerns. We want this all to end as soon as possible. »

Commentator Chen said Russia had previously boasted that despite sanctions from the US, Britain and Europe, the world’s two most populous countries, China and India, seemed to support it. .

“In fact, it was Xi Jinping and the CCP who supported Russia. India just remained silent,” Chen said. India has a traditional alliance with Russia. India does not want to offend Russia as its priority is to deal with the CCP,” he said.

“India has never said that it supports or opposes Russia’s war. It’s just that India has not joined the West in imposing economic sanctions. India is Russia’s second largest oil importer after China, so Putin feels India is his backer.

“But India is after all a democratic country, so Modi told Putin face to face that now is not the time to go to war. That is to say, Putin was wrong to start a war .

Delicate relations between China and Russia

The SCO summit was Xi’s first overseas trip since the COVID pandemic began nearly three years ago. The meeting between Xi and Putin on September 15 comes as the two countries are mired in a diplomatic crisis.

According to Zhang Tianliang, a China expert and US-based commentator, the SCO summit was an effort by China and Russia to form an alliance against free societies, but as things stand , it failed to do so instead, it created many divisions between China and Russia.

During his meeting with Xi, Putin said, “We highly appreciate the balanced position of our Chinese friends regarding the Ukraine crisis.

But Zhang said on his YouTube program on Sept. 17 that it’s obvious the CCP has doubts and concerns about Putin’s Russian-Ukrainian war.

In fact, the CCP is very worried that Russia might lose the war, Zhang said. If Russia is defeated, Putin may not be able to control the domestic situation, and Russia may even fall to the West after Putin’s fall, and stand with the West against the CCP, almost leaving it without allies on the international scene.

As a result, “China and Russia must keep their distance from each other at a time when they desperately need each other’s support,” he added.

He believes that most SCO member states do not support Putin’s invasion of Ukraine.

If Putin can invade and take over Ukraine, can he also invade and occupy these Central Asian countries? Therefore, Putin could not get the SCO as a whole to support his war in Ukraine. In fact, Putin’s attendance at that meeting was a complete failure, he said.

Jessica Mao is a staff writer for The Epoch Times and focuses on China-related topics. She started writing for the Chinese language edition in 2009.

Ex-FBI official says Trump is getting ‘desperate’ and embracing QAnon