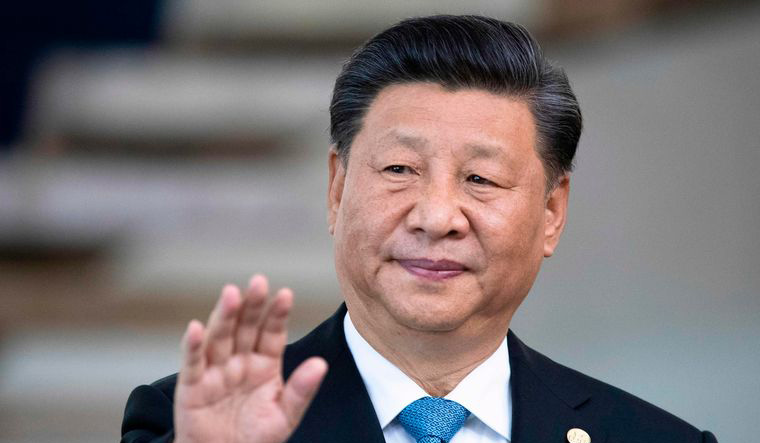 It was psychological warfare at its best. The world found Xi Jinping trending on Twitter on Saturday (the third trending in India), but for reasons that did not cheer the Chinese. Twitter was full of unverified rumors that Xi was under house arrest in a palace coup. Reports say the Chinese president was detained after senior CCP officials removed him as head of the People’s Liberation Army (PLA). Reports of the coup emerged after Xi returned from Samarkand to Uzbekistan for the Shanghai Cooperation Summit (SCO).

This year’s SCO summit will not be soon forgotten. Rumor had it that Xi was not seen after the summit; he had skipped dinner. Shortly after returning to Beijing, reports of mass flight cancellations added to the speculation that gripped Western and Asian media. The speculation also coincided with China’s death sentences for two former ministers and four officials to life imprisonment.

The timing of the anti-corruption crackdown matters.

As the 20th CPC Party Congress approaches on October 16, the biggest event in which Xi will seek an unprecedented third term in massive disinformation campaigns has taken several countries, including China, by surprise. Military observers and strategists in the United States, Taiwan and Nepal have expressed particular interest.

One of the reasons the disinformation campaign around Xi’s house arrest has gained traction, as well as credibility, is that the news portrayed General Li Qiaoming as the protagonist leader in staging the coup. State. Qiaoming, 61, a former commander of the PLA Northern Theater Command, was favored by Xi in a way that has upset many senior military officials in China, experts say. He jumped to a position that normally takes five or more years of service.

“It’s because Xi has identified him as China’s current-generation military thinker and strategist,” a senior security official said. through the proper channels with a lot of patience, the official said.

The issue of promotions to be announced at the 20th Party Congress is of great interest. In China, the many senior PLA aspirants and officers are watching developments closely; whether for the Americans or the Japanese, the outcome of the 20eThe Party Congress will determine future commitments.

In fact, General Li Qiaoming is likely to enter the Central Military Commission during the 20th National Congress. On September 8, he was replaced by Wang Qiang, the new NTC commander, and he attended the CMC meeting on September 21. Experts have said that he could become one of the vice-presidents of the CMC, which opens the door for him to become a member of the political bureau.

Qiaoming’s rise came after 2013 when Xi came to power. He joined the PLA in December 1976 and is a member of the 19th CPC Central Committee. With experience in the Sino-Vietnamese War, he held several key positions in the Artillery Brigade, Military Affairs Division and Training Division before being appointed Chief of Staff of the PLA 41.stGroup Army in January 2010. In less than five years, he was appointed commander of PLA 41stGroup Army in 2013. During the military reform of 2016, he was promoted to deputy commander of the NTC. In August 2017, he became commander of the NTCa post which he held for five years.

Unlike other senior generals who rarely talk about major political issues, Qiaoming regularly writes articles. Interestingly, in 2013 he published an article “The historical tragedy of the non-partitization of the Soviet army”, a lesson from the collapse of the Soviet Union. It was to illustrate the importance of the party to the leadership of the army. “The Soviet Union disintegrated because the party didn’t have its own army,” he said.

While it’s more serious business in China, social media aside, all eyes are now on how the 20eThe Party Congress strengthens the CCP’s control over the army.