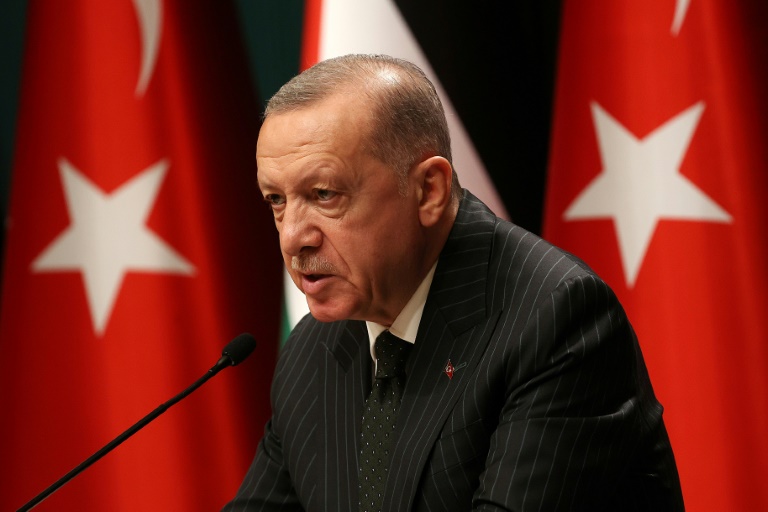 Turkish President Recep Tayyip Erdogan continued his use of increasing rhetoric in statements on Monday in which he referred to Greece.

Greece’s ambassador to Ankara was summoned on Monday, and protests were sent to Washington over the presence of military vehicles on Greek islands in the Aegean Sea near the Turkish coast.

Turkey has accused Greece of the presence of American armored vehicles on two Greek islands in the Aegean Sea. They say these islands should be demilitarized in accordance with “international agreements”.

What did Erdogan say?The Turkish president separately accused Greece of “provocations” and “perilous games”. Greece will be held accountable for the people it left to die in the Mediterranean, Erdogan said, doubling down on the accusations he leveled against the country during his address to the UN General Assembly. Erdogan continued his war of words on Monday, saying Greece was not Turkey’s equal and rejecting diplomatic talks.

Both Greece and Turkey are part of NATO. Greece has also been an EU member state since 1981. Greece recently filed an official complaint with the EU, NATO and the United Nations after Erdogan hinted at a possible military operation in the Aegean Sea at the beginning of the month.

What drives the conflict?Turkey is looking for oil and gas around the Greek Islands and Cyprus. Turkey has shown contempt for Greek waters and claimed huge parts under a deal with Libya dividing the seas that no other country recognizes.

Why now? Steven A. Cook, senior fellow at the Council on Foreign Relations, thinks Erdogan is using Greece and Cyprus to turn public opinion against them, as he faces an election after 20 years in power amid a Turkish economy in dire straits due to Erdogan’s “mismanagement”.

How did Athens react?Ambassador Christodoulos Lazaris Told Turkish officials say Greece is not the country threatening its neighbor with a casus belli, nor has it amassed the largest landing fleet on its shores, as Turkey has. .

“There are many uncertainties hanging over what should be an election year in Turkey,” says Turkish journalist Yavuz Baydar, editor-in-chief of Ahval, who thinks “the unpredictability of Erdogan’s behavior patterns” is mixed to what his and his ultra-nationalist partners’ intentions are for the year 2023. Meanwhile, Turkish presidents are closing in cooperation with Moscow could trigger retaliation from the United States.

School record round pace women’s golf to top of ranking