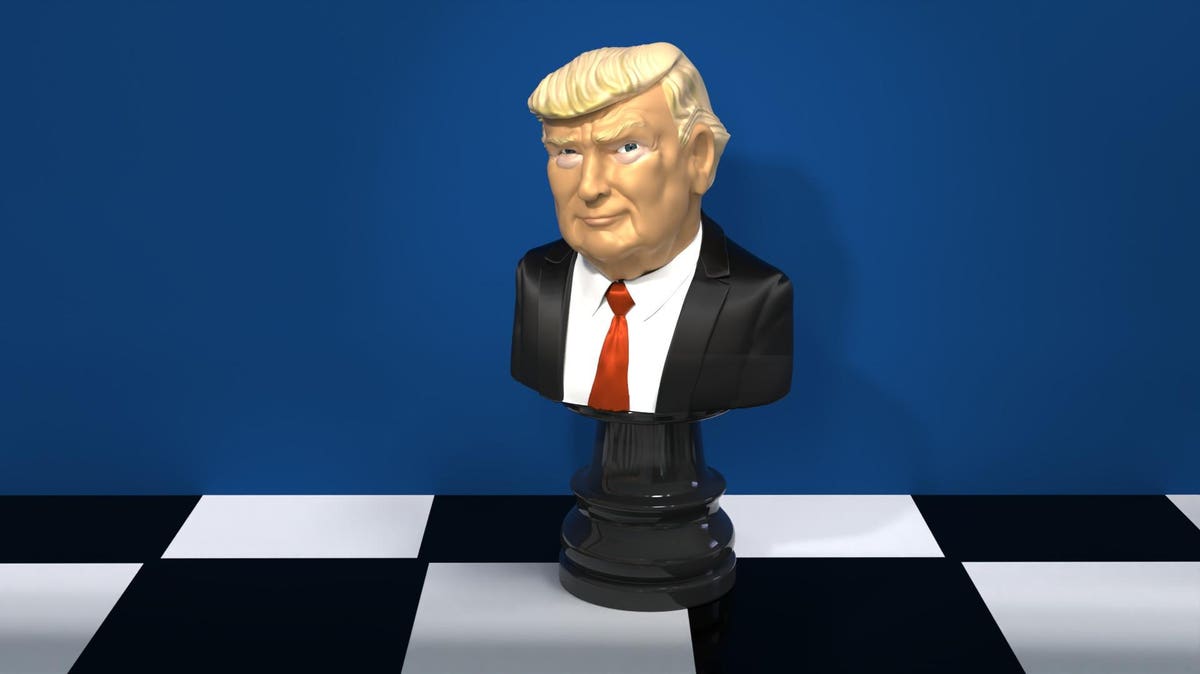 The New York attorney general slapped Donald Trump with a $250 million lawsuit last week, accusing the real estate mogul of engaging in financial fraud by lying about the value of his assets. But make no mistake, Trump is extremely wealthy. In fact, the former president is moving up the Forbes 400 this year after plummeting 12 months ago, with his estimated net worth rising from $2.5 billion to $3.2 billion, enough to qualify for 343rd place. of the ranking of the richest people in the Americas.

The roots of its resurgence date back to January 6, 2021, when the riot at the US Capitol sparked a backlash against the president. Several companies have tried to distance themselves from Trump, and Twitter has permanently banned him from its platform. Nine months later, out of office and sitting atop a stagnant business empire, Trump announced the creation of a new company, the Trump Media and Technology Group, and its planned Twitter competitor, Truth Social.

The Trump Media and Technology Group is now a former president’s most valuable asset. An analysis of Securities and Exchange Commission filings suggests Trump owns more than 80% of the company, which has run into a host of problems trying to go public through a special-purpose acquisition company. Despite federal investigations and rumors of payment issues, retail investors were buying SPAC stock for $25 on September 2, when Forbes locked in the value of publicly traded holdings for this year’s listing. At that price, Trump’s 73 million shares are worth $1.8 billion. But Forbes puts Trump’s interest at a more conservative $10 a share, reflecting the cut rate a handful of big-money investors have agreed to pay for some of the stock. At that price, Trump’s stake is worth around $730 million.

That alone would be enough to bring Trump back to the Forbes 400, but he’s also had other recent successes. In May, the former president sold his hotel in Washington, DC for $375 million, far more than independent experts thought it was worth. This transaction allowed Trump to repay a $170 million loan from Deutsche Bank and bring home about $135 million. Through a series of other transactions, Trump refinanced or repaid half a dozen additional loans, leaving his balance sheet in a stronger position today than it has been in years, with about $375 million. dollars in cash, up approximately $79 million from a year ago.

All is not well. Trump’s New York real estate portfolio, long at the heart of his fortune, continues to suffer from the effects of Covid-19. The Trump Organization reportedly renewed its lease of Trump Tower with Gucci, its largest tenant, during the pandemic. Although the details of this transaction remain unclear, it seems likely that Gucci got a steep discount, given that the building’s profits have recently fallen. Today, interest from former presidents in Trump Tower is estimated at $207 million, down $78 million from a year ago.

There are more problems at 40 Wall Street, an office building in midtown Manhattan. Tenants have moved away during the pandemic and loan records show occupancy has fallen to 84%, which appears to be the lowest rate for properties in a decade. Net operating income fell to $12.7 million in 2021, down 30% from 2019. Forbes estimates that 40 Wall Street is currently worth $211 million. Donald Trump did not weigh in on our estimates, but he probably would have disagreed with them if he had. For years, Trump and his underlings lied to Forbes about 40 Wall Street and other properties.

These kinds of misrepresentations are now part of the case for the New York attorney general, who Trump has accused of pursuing a witch hunt against him. Authorities say Donald Trump’s balance sheet from last year listed the value of 40 Wall Street at $664 million, relying on a false price-per-square-foot measurement to justify the high figure. This is just one example of a larger trend in Trump’s portfolio. His assets aren’t worth anything he claims, but they’re still extremely valuable.