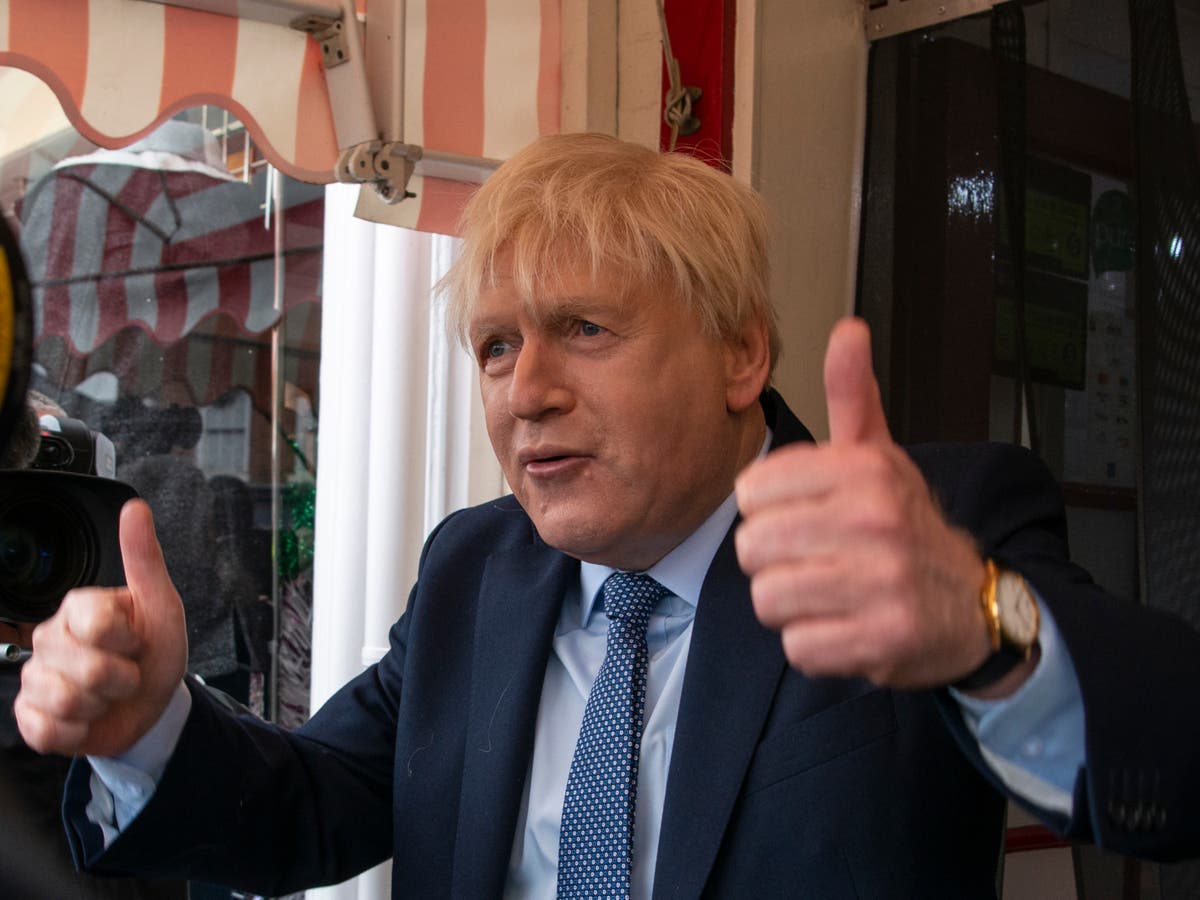 Whereas This England was being filmed, a play opened at the Old Vic titled The 47thwhich presents Donald Trump’s campaign for the 2024 presidential election as a Shakespearean tragic comedy in full iambic pentameter.

This England, Michael Winterbottoms’ six-part dramatization of the first wave of Boris Johnson and Covid, has its similarities. Kenneth Branaghs Johnson is so down-to-earth it’s almost unsettling, and one suspects he’s more down-to-earth in his private moments than in public. Rarely is he far from a Shakespearean aphorism, said looking out the window or on the phone, reminding us that it was always a performance, both for himself and for others.

Unsurprisingly, this will trigger a rather boring debate about dramatizing very recent events. For many, This England will provide an opportunity to skim through six full hours of soap opera and highlight what didn’t actually happen, who wouldn’t have been at what meeting, who reports to whom, and who wouldn’t have said or done this Or other.

To dramatize such recent events is to make people believe that you are in fact undergoing an act of journalism. Winterbottom tries no such thing. The writer of The crownPeter Morgan, has an oft-repeated line about the fact that truth is not necessarily the same as accuracy.

The dramatic climax of James Graham’s play, Brexit: the uncivil war came when Dominic Cummings, played by Benedict Cumberbatch, and Craig Oliver (Rory Kinnear) went for an impromptu pint together and, in fact, discussed their ideas. Westminster reporters are furiously pointing out that this drink never really happened. But the play was based, in large part, on books and blogs written by both men, and it hardly seems like a crime against the truth if not the accuracy of placing each under the scrutiny of the other.

Huge numbers of people will feel like they know the story of Covid, in its most traumatic first months. Never has a nation been so glued to the news, not only out of sheer terror, but also because there was absolutely nothing else to do. But the monotony of life also blurs memory. Even as recently as 2020, the days, weeks, and months have blurred into one.

Branaghs Johnson is certainly the dramatic heart of the story, his fortune seems tied to his nations, he seeks Shakespeare’s book of quotes as much about his own suffering as others. This will no doubt annoy many, who see Johnson not so much as emblematic of a country’s flaws as wholly responsible for them.

Johnson’s critics (whom I could hardly call myself) might not find it easy to accept a more nuanced truth about the impossibility of the choices he faced. In February and March, the public tends to be furious that he did not overthrow his scientific advisers, who disagreed with each other but generally felt that the shutdowns were a delaying tactic, and why delay the winter pain that could be less in the spring. And then later (after this drama is over) they are also mad at him for overruling advice to have a second and third lockdown (which he eventually did).

The realities of Johnson’s life at this time are well known but made all the more staggering by their reality. Covid was sidelined at a crucial time as he retired to Chevening for twelve days to take care of all the administration of a divorced woman and the alignment of another, who is already pregnant, announcements of this delayed by Johnson’s desire to tell her adult children first, but who never answer her phone.

He is then admitted to intensive care himself and, after a few days of absence, becomes a father (at least for the sixth time).

There is little doubt that the country needed, if not deserved, a more suitable leader in its darkest hours, if only one who had no family problems with more than one family. , a book several years late for which the advance of 500,000 is urgently needed and a dog that defecates everywhere.

To keep up to date with all the latest opinions and comments, sign up for our free weekly Voices Dispatches newsletter by clicking here

Winterbottom will almost certainly be accused of being too sympathetic to Johnson. The obvious fact of a pandemic is that almost all world leaders face the same challenges, and as grim and humanizing as they are, it remains an obvious fact that most comparable leaders have fared much better than him. . Its crowning achievement was a two-week lead on the vaccine rollout, which was quickly caught up and overtaken elsewhere. (Although we must not forget that this two-week advance counted, it saved lives.)

Inevitably, the problem with dramatizing the very recent past is that alternate endings will always present themselves. There is no Partygate, no vote of confidence, no mass resignations, although there is Barnard Castle.

Above all, it is a reminder that in reality, while the world has experienced it together, the vast majority of the world has not experienced its suffering, despite its massive scale. Losing a loved one to Covid was misery for a small minority of people. Most of us did not have to imagine the Covid services struggling to cope, or, in the early days, the sudden collapse of young, fit and healthy people who died by the thousands. That would have been This Englandhis fate, even if he hadn’t had his smallest leader ever sitting in the big boys’ chair.

US does not deal fairly with NATO allies: Turkish President