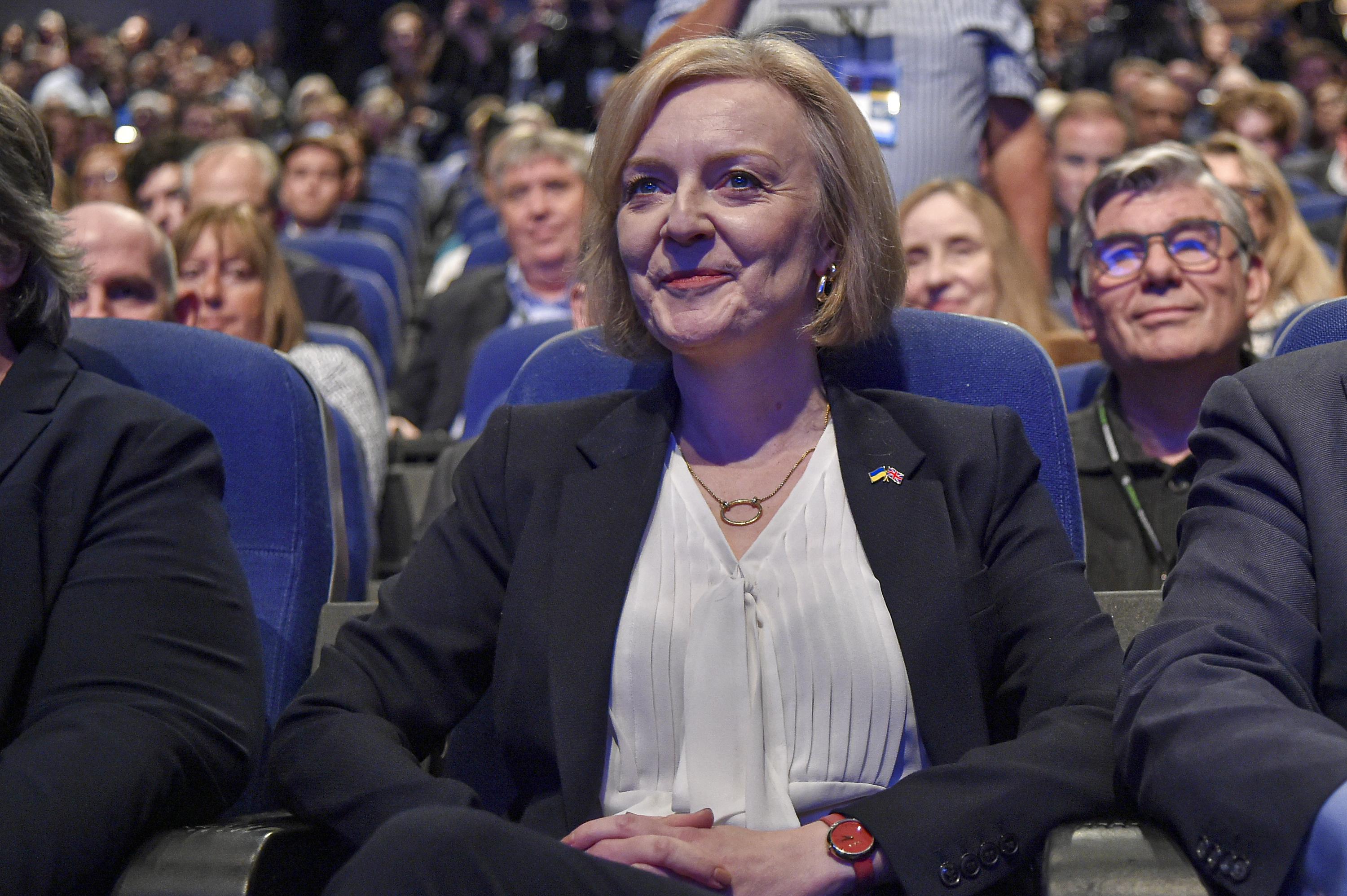 BIRMINGHAM, England (AP) British Prime Minister Liz Truss has insisted she is leading a listening government that learns from its mistakes, as she tries to restore her fragile authority and reassure frightened financial markets by the checkered economic promises of his government.

Truss told the BBC in an interview broadcast on Tuesday that she and her ministers were determined to think about how we could have done things better.

Is everything the government (has) done absolutely perfect? No it’s not, she said. I fully recognize it. And we learned from the feedback we received.

Those returns have been dramatic: Truss’ four weeks in office saw the pound plunge to record lows against the dollar, the Bank of England took emergency action and the opposition Labor Party reached records against its conservatives in the opinion polls.

Now Truss also faces a battle with his party over his economic plans, with some lawmakers warning they will oppose any attempt to cut welfare benefits to help pay lower taxes.

Truss is on a mission to reshape the UK economy through tax cuts and deregulation in a bid to end years of sluggish growth. But she is trying to navigate a series of reversals on her first major policy: a stimulus package that includes 45 billion pounds ($50 billion) in tax cuts, to be paid for by public borrowing. His September 23 announcement sent the pound down to a record low against the dollar and raised the cost of government borrowing.

The Bank of England was forced to intervene to support the bond market and stop a wider economic crisis. Fears that the bank will soon raise interest rates have prompted mortgage lenders to withdraw their cheapest offers, causing turmoil for homebuyers.

Under political and financial pressure, the government on Monday scrapped the most unpopular part of its budget package, a tax cut on earnings above 150,000 pounds ($167,000) a year. This saves around £2billion, a small part of the government’s £45billion tax cut plan and it is unclear how the rest will be paid for.

Treasury chief Kwasi Kwarteng has also promised to release a fully costed fiscal plan, along with an economic forecast from the Independent Office for Budget Accountability. Originally, it was supposed to happen on November 23, but mounting pressure means it will likely arrive weeks earlier.

What Kwarteng called on Monday the uproar over the government’s plans cast a shadow over the Conservatives’ annual conference in the central England city of Birmingham, where many delegates are voicing fears that the ruling party since 2010, is heading for defeat in the next elections. .

The party has a dominant majority in parliament but is restless after three years of scandal under former Prime Minister Boris Johnson, followed by a leadership contest that divides Truss and former Treasury chief Rishi Sunak. Sunak warned during his losing campaign that Truss’ plan to fund tax cuts through debt would hurt both the government’s economic credibility and the nation’s finances.

Truss says his policies will bring economic growth, higher wages and eventually more tax revenue to spend on the government. But critics say the plans do little to help millions who are currently struggling with a cost of living crisis fueled by soaring energy prices.

Truss said she was very committed to supporting the most vulnerable, pointing to a cap on energy prices that took effect October 1.

However, she refused to promise that state benefits and pensions would rise in line with inflation, which has been the practice for years.

We’re going to have to make decisions on how we reduce debt to GDP over the medium term, Truss said. We must be fiscally responsible.

Conservative lawmakers, including government ministers, warned Truss that they would oppose a real-term cut in social benefits.

I’ve always argued, whether it’s his pensions, whether it’s our welfare system, keep pace with inflation. It makes sense to do so, said Penny Mordaunt, leader of the House of Commons.

This is what I voted for before, as did many of my colleagues, Mordaunt told Times Radio.