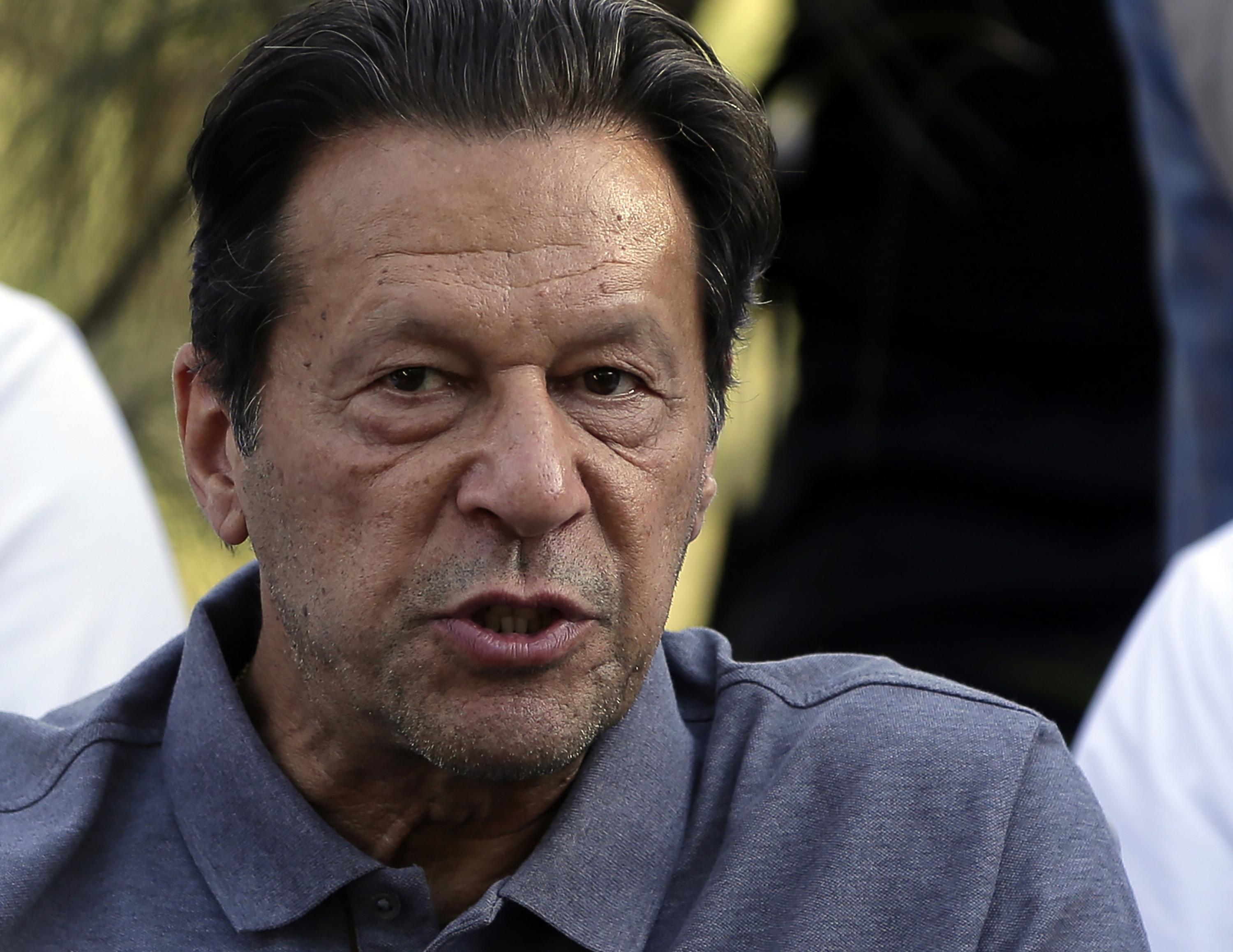 ISLAMABAD (AP) A gunman opened fire at a protest rally in eastern Pakistan on Thursday, lightly wounding former prime minister Imran Khan in the leg and killing one of his supporters, his official said. party and the police. Nine other people were also injured.

The shooter was immediately arrested and police later released video of him in custody, allegedly confessing to the shooting and claiming he acted alone. It is not known under what conditions he made his statement.

Only Imran Khan was my target, said the suspect, identified as Faisal Butt by Information Minister Maryam Aurangzeb.

Khan, 70, underwent surgery at Shaukat Khanum Hospital in Lahore, tweeted Omar Ayub Khan, a senior member of former prime ministers Tehreek-e-Insaf party. Khan was seen with a bandage on his right leg, just above the foot, according to reports and a blurry image from the protest.

The shooting was an assassination attempt, party spokesman Fawad Chaudhry later told onlookers at the rally in Wazirabad. He added that it was an attack on the whole of Pakistan and vowed that the people would avenge him.

The violence, which follows Khans’ ousting as prime minister in a no-confidence vote in April, has raised new concerns about growing political instability in Pakistan, a country with a long history of political violence. and assassinations.

Since losing the vote in parliament, Khan has mobilized mass rallies across the nuclear nation of 225 million, stoking crowds by claiming he was the victim of a plot by his successor, the Prime Minister Shahbaz Sharif, and US allegations. which the Prime Minister and Washington deny.

Sharif condemned Thursday’s attack and ordered his government to investigate the incident. He added that he was praying for Khan, adding: Violence should have no place in the politics of our country.

The White House also condemned the attack and hoped for the speedy recovery of all injured. We call on all parties to remain peaceful and refrain from violence, press secretary Karine Jean-Pierre said on Air Force One as President Joe Biden flew to New Mexico.

The attack happened in Wazirabad district in the eastern province of Punjab, where the former cricket star turned Islamist politician was traveling in a large protest convoy of trucks and cars heading for the capital Islamabad . The convoy is part of his campaign to force the government to hold early elections.

District police officer Ghazanfar Ali said one person was killed and nine others injured in the attack.

Among the injured was Faisal Javed, an MP from Tehreek-e-Insaf. In a video statement, with his bloodstained clothes visible, he said the attack would not stop the Khans’ march on Islamabad. Khans supporters gathered in different parts of the country after the shooting.

Khan has been at odds with the powerful Pakistani military and refused to halt his protest plans in the capital. The army said that although Khan had the right to hold a rally there, no one would be allowed to destabilize the country. Authorities in Islamabad have deployed additional security to deter any confrontation.

The attack came less than a week after Khan started his march from Lahore, the capital of Punjab province, with thousands of supporters.

Earlier, Chaudhry said they planned to enter Islamabad on Friday.

The Sharifs government has said there will be no snap elections and the next poll will be held as scheduled in 2023.

Khan, who challenged the disqualification in court, said he would sue Chief Election Commissioner Sikandara Raja, who was behind the decision, for calling him a dishonest person.

Pakistan has a long history of political assassinations.

Benazir Bhutto, the first democratically elected female leader of a Muslim country, was killed in 2007. Her father, former Prime Minister Zulfikar Ali Bhutto, was ousted by General Mohammed Zia ul-Haq in a coup. 1977 state and was hanged two years later for conspiring to kill a political rival. Zia died in a plane crash in 1988 which investigators said appeared to be sabotage. This accident also killed the American ambassador and 28 other people.

The new violence comes as the impoverished country grapples with the aftermath of unprecedented floods this summer that killed 1,735 people and displaced 33 million.