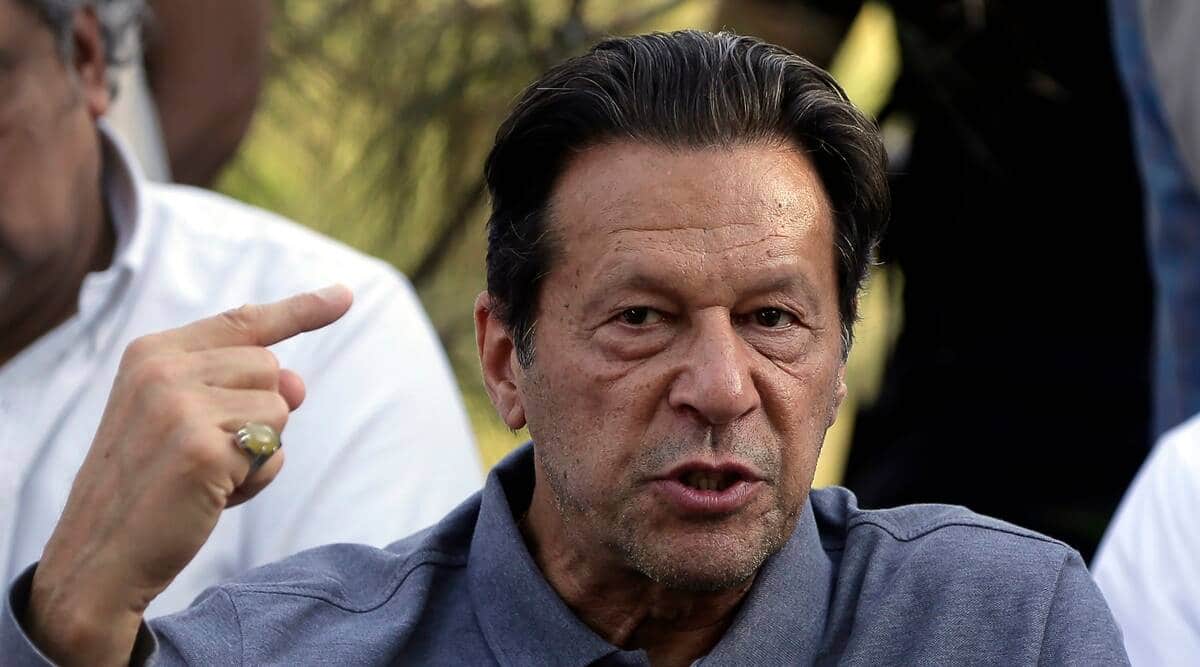 Former Pakistani Prime Minister Imran Khan on Sunday criticized the ruling government after the arrest of one of its senators, saying the country was not just becoming a “banana republic, but a fascist state”.

Taking to Twitter, Khan said: “I am shocked and appalled at how quickly we are descending not just into a banana republic, but into a fascist state. How can anyone not understand the pain and suffering that Senator Swati went through with the torture in custody and the blackmail video of him and his conservative wife being sent to his family? »

I am shocked and appalled at how quickly we are descending not just into a banana republic, but into a fascist state. How can anyone not understand the pain and suffering that Senator Swati went through with the torture in custody and the blackmail video of him and his conservative wife being sent to his family?

Pakistani authorities arrested Khan-led Pakistani Party Tehreek-i-Insaf (PTI) Senator Azam Swati on Sunday for allegedly using abusive and threatening language against senior military officials. Swati has been arrested by the Federal Investigation Agency (FIA) for the second time in less than two months for tweets against army chiefs. He had already been arrested by the FIA ​​in October.

Khan also said, “His justifiable anger and frustration (of Swati) at the injustice inflicted on him, especially the doors of the SC which have remained closed to him despite more than a fortnight of appeals from senators in favor from him. So he tweets and is arrested again. Everyone must raise their voices against this state fascism.

A First Information Report (FIR) has been filed under the Prevention of Electronic Crimes Act 2016 (Peca) by the FIA ​​on the State Complaint through Technical Assistant Aneesur Rehman from the Islamabad Cybercrime Reporting Center (CCRC).

Earlier on Saturday, Pakistan’s former prime minister said his party was quitting the country’s regional and national assemblies, as he made his first public appearance since being injured in a gun attack in fire at the beginning of the month.

Khan, a former cricketer-turned-politician, was ousted in a no-confidence vote in Parliament in April. He is now in opposition and is calling for a snap election, saying his ousting was illegal and orchestrated by Prime Minister Shahbaz Sharif, with help from the US government. Sharif and Washington have dismissed the allegations and the current government has said the next polls will be held as scheduled in 2023.