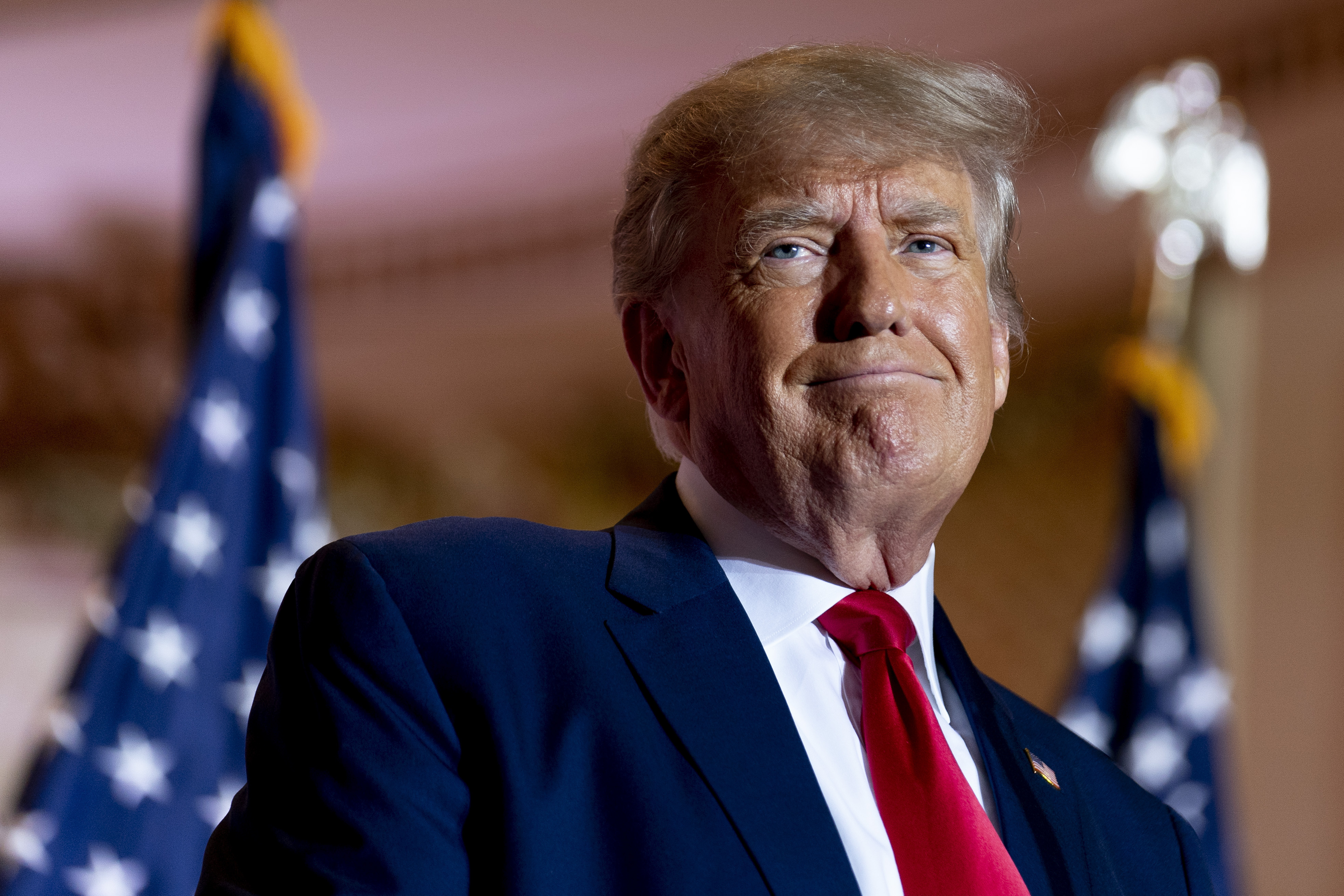 It was a disaster, said a person familiar with the campaign.

Trump’s political operations have never been displays of quiet efficiency. But the first two weeks of his third run for the White House have laid bare Trump’s freewheeling approach and the ensuing chaos remains a defining feature.

As news began to emerge from dinner with Ye, Trump’s own team received conflicting reports about whether Fuentes had joined the former president as well. The scramble for specific information about who was with Trump was due to the fact that so few aides were with Trump during the holidays. And there were suspicions that Trump was being set up by attention-hungry advisers.

Trump has since released multiple statements saying he did not know who Fuentes was. But he did not condemn the views repeatedly expressed by Fuentes. Fellow Republicans believe the whole episode was damaging to him, with Republican allies and lawmakers urged to respond to Trump’s dinner and offer their own condemnations of Fuentes’ hate speech.

It’s never as bad as it looks or as good as it looks, a senior GOP campaign official said. But man, it’s damn bad for him right now.

Trump aides point out that the former president continues to dominate in the 2024 primary polls and is no stranger to contentious news cycles. They note that millions tuned in to his announcement and he continued to fundraise and is now selling 2024 merchandise on his website. And they’re working to right the ship, with plans to formalize his surrogate operation, shift the focus from claims that the Biden administration has weaponized the justice system against Trump, and accusations that Biden himself is n isn’t tough enough on China. They also plan to put Trump back in the spotlight with appearances and interviews, two things he’s mostly avoided since launching his campaign.

Headlines matter less to him because everything about Trump is already embedded, former Trump adviser Bryan Lanza said. Trump has a universal name identifier and there is no persuasion [voters]. And unlike a new candidate, he doesn’t have to build a ground or base game, he already has it. The weekly campaign benchmarks are therefore different. Who will he persuade a few days before Christmas?

Trump is set to appear at an American Freedom Gala on Thursday at Mar-a-Lago, and he and Melania Trump are set to be special guests at a charity event on Sunday in Naples, Florida.

But even if those steps are taken, others remain, because Trump is using a small team and has yet to make the kind of traditional investments that typically follow the announcement of a presidential candidacy.

Neither the Trumps campaign nor its main fundraising operation, the Save America Joint Fundraising Committee, currently spends money on ads running on the Meta (Facebook’s new name) platforms, and has run no amount. significant number of ads since he launched his last campaign on November 16. 15. His operation has not launched any new creative content on the advertising platform which includes both Facebook and Instagram seeking to capitalize on him by advertising his run.

It’s way too early to spend on this stuff, we don’t even know the date of the caucuses in each state. A lot of things are changing with programming, and weren’t just going to be spending money for the sake of spending money. Were going to be good stewards and maximize impact, a person with the Trumps campaign said.

But his absence from Meta surprised top digital agents on both sides, who say it’s a lost opportunity to raise funds and make new contacts. This is shocking, said a Democratic official in this space.

Trump himself remains banned from Meta, a move the company is expected to review in January. But his political operation has been running fundraising ads and promoting his rallies since last summer. At the time, a spokesperson for Meta said it was permitted as long as the messages weren’t in the voice of former presidents, a policy that is still in effect.

Trump was one of the few Republicans who ran some sort of meaningful acquisition campaign by building the all-important email contact list that has been at the heart of any political organization on Metas services since the 2020 election.

But his spending pales in comparison to when he was actively running for president for the second time. Since Trump’s political operation resumed running ads on the platform in June 2021, the Joint Fundraising Committee has spent just $2.3 million on ads on the Metas platform on almost a dozen pages, compared to over $113 million on its main page alone from May 2018 until it was banned from the platform in January 2021.

However, Trump is not entirely absent from digital advertising. Its fundraising committee has spent money on ads on Google, raising over $100,000 since launch.

Trump News: Donald J. Trump is running for president in 2024, reads one of these recent ads. Donate to show your support.

Sam Stein contributed to this report.

The Best Boots for Dressing Up: Every Occasion, Every Budget