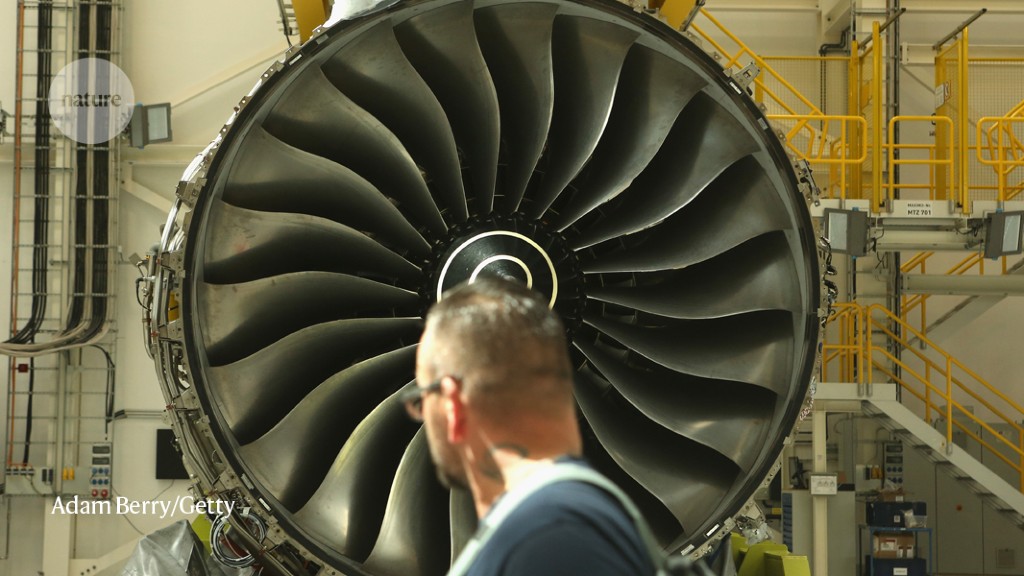 The UK Office for National Statistics (ONS) is the official repository of national data. Every day, thousands of people rely on the agency for information on the most reliable estimates of everything from trends in COVID-19 mortality to the health of mountain ecosystems.

But lately, the agency itself has been in the news. Last week it confirmed a big change in the way it assesses UK business spending on research and development (R&D). Earlier, the ONS said companies spent 26.9 billion ($32.4 billion) on R&D in 2020. But as of November 22, that figure was 43 billion, an increase of almost 60%. The change is not a surprise: it was launched in September, and Natures press team reported it in October. But the confirmation that he will be part of the national statistics came too quickly, perhaps too quickly.

Surprise! UK spends far more on research than it thought

The change would see the UK jump on the World Bank’s 2020 table of R&D expenditure as a percentage of gross domestic product (GDP) from 1.71% in 2019 to 2.4%. This is still lower than the 2020 figures for the United States (3.45%) and Germany (3.14%), but higher than that of France (2.35%) and equal to China. By a happy coincidence, 2.4% is exactly the target the UK government has set for R&D spending. Thanks to the reassessment of the ONS, this target was achieved five years ahead of schedule.

Opinions of researchers on the increase vary. The Organization for Economic Co-operation and Development (OECD), the international body that sets standards for measuring R&D, is reviewing the revised estimates.

In the world of R&D (especially in high-income countries), companies, not academic institutions, spend the most. The previous ONS figure of $26.9 billion for business R&D came from a survey of some 5,400 companies, considered to represent business R&D more broadly. This sample mainly includes small and medium-sized enterprises (SMEs), but also includes 400 of the biggest spenders, from pharmaceutical companies such as GSK to banks such as Barclays and aerospace and defense company Rolls Royce. Between them, the ten companies that finance the most R&D in the country spend more than 15 billion per year.

One of the main reasons the ONS made this change was the realization that its survey data (particularly from SMEs) was increasingly out of step with data from the UK tax agency. , His Majestys Revenue and Customs (HMRC). After comparing its figures with those of the tax refunds HMRC gave to businesses for R&D expenditure, the ONS recalculated the total business R&D at £43 billion for 2020.

There are good reasons for the two agencies to collaborate on their workforces. But there are also good reasons to be cautious and recognize the limitations of benchmarking business R&D against tax data. Tax allowances for R&D expenditure are based on the idea that companies are more likely to innovate if they have an incentive to do so. The UK has been an enthusiastic adopter: it pays out 2.5 times the OECD average as a percentage of GDP. Since the schemes were introduced, the number of SMEs claiming the rebates has exploded from less than 2,000 in FY 200001 to nearly 86,000 in 201920.

This opens up the potential for abuse. Known R&D tax evasion is increasing at a worrying rate. Fraud and error amounted to 469 million in financial year 202021, up from 311 million in 201920. Earlier this year, HMRC temporarily suspended payments to businesses while it investigated. And in October, the agency arrested 8 people who had filed more than 100 claims for R&D tax credits. On November 17, UK Finance Minister Jeremy Hunt took action, citing fraud as a reason to cut R&D tax benefits to SMEs.

An attack on the future of science: why UK researchers are on strike

Given these concerns, the ONS could have taken longer to finalize its decision. The agency did consult with experts, but a broader and longer consultation would have allowed researchers and other data users to comment on the change. Innovation economists will get an idea of ​​the extent to which firms claiming tax refunds perform additional R&D. Forensic accounting researchers can help compare the UK’s experience with R&D tax evasion with data from other countries. The ONS itself admits that the UK is atypical in that its R&D expenditure according to business surveys is lower than that derived from tax revenues; it is the reverse in many countries. The blessing of the OECD on the changes of agencies would not have been bad either.

It all counts. The argument for increasing R&D spending to 2.4% was based on the idea that the UK is an exception among the largest economies in the world. The country performs well on science and innovation indices such as publications, patents and personnel, but it languishes on funding. If the ONS now indicates that the target has been met, it diminishes companies’ willingness to push R&D spending further, particularly in an environment where tough spending decisions are being made. It would be short-sighted at the best of times.

Researchers were instrumental in establishing the first set of rules for R&D expenditure data, which were agreed at a landmark OECD meeting in Frascati, Italy, in 1963 (see the latest version of the Frascati manual). Research matters as much today as it did then. There is no need to rush changes. Greater due diligence will only enhance the reputation of the ONS as a source of reliable data.