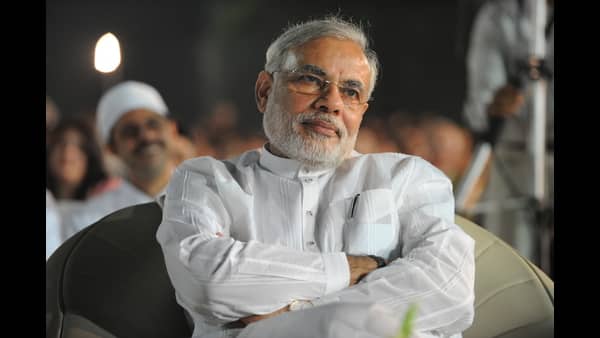 New Delhi: On the day India assumed the G20 presidency, Prime Minister Narendra Modi said in a blog post that some countries remained trapped in the zero-sum mindset “fighting for territory or resources and militarizing the supply of essential goods”.

Lamenting that the world remains trapped in the same zero-sum mindset even today, Prime Minister Modi said, “We see it when countries compete for territory or resources. We see it when supplies of essential goods are militarized. We see it when vaccines are hoarded by the few, even as billions remain vulnerable.”

Some would say that confrontation and greed are just human nature. I do not agree. If humans were inherently selfish, what would explain the enduring appeal of so many spiritual traditions that advocate the fundamental unity of us all?” he added.

Gone are the days of remaining trapped in the same zero-sum mindset, which has led to both scarcity and conflict, Prime Minister Modi has said, adding that India’s G20 Presidency will strive to promote a universal sense of unity.

I firmly believe that now is the best time to go even further and catalyze a fundamental shift in mindset, for the benefit of humanity as a whole,” Modi wrote. It is time to draw inspiration from our spiritual traditions that advocate unity and work together to solve global challenges. ,” he added.

The world remains trapped in the same zero-sum mindset. “We see it when countries fight over territory or resources. We see it when supplies of essential goods are militarized.”

As India assumes this important role, I wonder if the G20 can go further? Can we catalyze a fundamental shift in mindset, for the benefit of humanity as a whole? I believe we can,” he said in the article to share his thoughts on the milestone for Indian diplomacy.

Our mindsets are shaped by our circumstances because throughout history, humanity has lived in scarcity. People fought for limited resources because their survival depended on denying others. Confrontation and competition between ideas, ideologies and identities have become the norm,” he said.

The comment underscores New Delhi’s balancing act – particularly in relation to Vladimir Putin’s war – as it begins to host G-20 meetings. Earlier this year, Modi urged the Russian president to seek peace in Ukraine, following neighboring and rival China in expressing concern over the conflict that is unsettling the global economy.

He has also written about the biggest challenges of climate change, terrorism and pandemics and vindicated India’s democratic credentials in the face of growing criticism of India’s crackdown on civil liberties.

Prime Minister Modi also pointed out that the theme of India’s G20 Presidency, One Earth, One Family, One Future, is not just a slogan as it takes into consideration the recent changes in the human situation.

Home to one-sixth of humanity and with its immense diversity of languages, religions, customs and beliefs, India is a microcosm of the world,” he wrote. During our presidency of the G20, we will present India’s experiences, learnings and models as possible role models. for others, especially the developing world.”

Our G20 priorities will be defined in consultation not only with our G20 partners, but also with our fellow travelers in the South, whose voice is often ignored,” Modi said.

India’s G20 agenda will be inclusive, ambitious, action-oriented and decisive,” he added.

He has also written about depoliticizing the global supply of food, fertilizer and medical supplies, to ensure that geopolitical tensions do not lead to humanitarian crises.