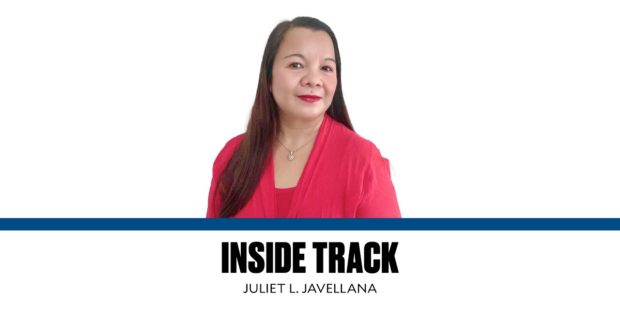 Bangkok’s Thai Public Broadcasting Service (PBS) and its English-language website, Thai PBS World, recently brought together journalists and young political leaders from across Asia to discuss the challenges they face and the most pressing issues facing their countries. .

A common theme that emerged from these global meetings was the economic hardship exacerbated by the Russian invasion of Ukraine, which disrupted food and fuel supplies to many countries.

During the Asian Media Forum session on the roles and challenges of Asian media, Thailand’s director of PBS World, Nattha Komolvadhin, asked how citizens valued these three events in our respective countries. I was accompanied by Mr. Taufiqurrahman, Editor-in-Chief, The Jakarta Post, Indonesia; Mahfuz Anam, Editor and Publisher, The Daily Star, Bangladesh, and President of ANN; Philip Golingai, Digital News Editor, The Star, Malaysia; and Ravindra Kumar, Editor, The Statesman, India.

Just as our session began, breaking news broke that Malaysian leader Anwar Ibrahim has been named the new prime minister, capping a colorful three-decade career as opposition leader. Panelists remarked that the charismatic Anwar would immediately consolidate his party’s grip on power and assert himself not only as the leader of Malaysia but also of Asia. There was also agreement that the G20 meeting in Indonesia affirmed Indonesian President Joko Widodo’s stature as a world leader. As for the Philippines, I shared that President Marcos Jr. made his presence felt in his debut on the world stage as a new kid on the block by issuing strong statements for the implementation of the peace plan in five points in Myanmar and against the invasion of Russia. from Ukraine.

On Komolvadhins’ question about the implications of US Vice President Kamala Harris’ visit to the Philippines, particularly Palawan, I shared that it signaled the restoration of Filipino-US relations which somehow frayed during the pivot of former President Rodrigo Dutertes to China over the past six years. . More importantly, I noted that Harris’ visit to Palawan and his unequivocal statement that the United States stood with the Philippines in the face of intimidation and coercion in the South China Sea had implications on peace and stability in the region in the midst of Chinese aggression.

Media panelists agreed that journalism is most affected by the proliferation of fake news on social media and disruptions to the media industry caused by rapid advances in technology. In Asia and elsewhere in the world, newsrooms are grappling with revenue and readership issues as people get news mostly from social media.

Anam, the energetic chairman of ANN of which the Inquirer is a member, expressed optimism that people will tire of all the misinformation and return to trusted media brands. He urged the media to focus on their more important role of reporting the truth and safeguarding freedom and democracy around the world.

Tulip Naksompop Blauw, Thai editor of PBS World who moderated the session, led an interesting discussion on what young leaders expected when they entered politics, how they connect to other generations and what are the most pressing issues facing their countries.

Manuel spoke about the shrinking democratic space in the Philippines and how to empower people to speak out about issues without being red-labeled or branded as enemies of the state. Manuel shared that jobs and education are the most pressing issues for the majority of Filipinos.

Economic recovery from COVID-19 is also the most pressing concern in Cambodia, but equally important is how to free people from the trauma of genocide under the Khmer Rouge, according to Pheaktra.

Komarudin said education, employment and economic reforms to close the huge gap between rich and poor in Indonesia must be addressed. She noted that due to digitalization, many Indonesians fall prey to digital loan sharks. In Thailand, Wacharasindhu said the important issues revolve around democratization and decentralization to allow local governments more autonomy.

The Thai PBS Forum, led by Thepchai Yong, Senior News Director of Thai PBS, and Pana Janviroj, Editor-in-Chief of ANN, was an affirmation that amidst Asia’s diverse economic and political conditions, our peoples struggle with the same problems of employment, economic inclusion and education. , and have common aspirations for peace, freedom and democracy