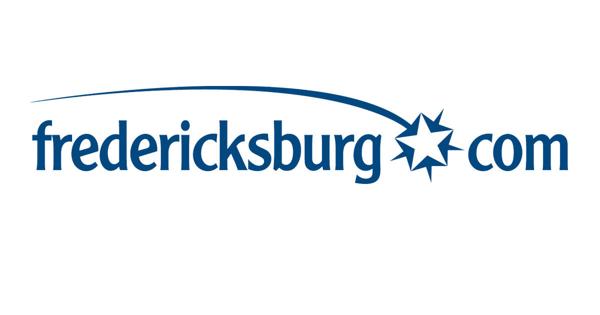 Several times during former President Donald Trump’s turbulent tenure, I wrote that he was a terrible president but would make a great king.

Now, apparently, there are Republicans who feel the same way.

On the lawn of the Republican headquarters in Culpeper, there are signs that read: MAGA KING 2024. Next to the script is a picture of Donald Trump.

Trump for king! Well, he’s a totalitarian, a man who wants to rule as he pleases, who doesn’t want to share power with other branches of government, a ruler who believes his rule shouldn’t end, even if that’s the will of the people.

But seeing signs suggesting he be crowned king on the lawn of the Republican headquarters? It’s a bit strange, even in these crazy political times.

It’s not like someone snuck in there in the middle of the night and put up the signs as a prank. If so, GOP officials would have deleted them in the blink of an eye.

No, the signs have been on for over a week and no one has disturbed them. They just stay there on the main street of town for everyone to see.

Now comes the big question. Why would Republicans, many of whom have the Constitution tattooed on their foreheads, put up signs recommending that Trump be elected (or declared) king in 2024? After all, the Founding Fathers made it clear that America would never have a king (or queen).

There are two possible explanations. First, radical Republicans and ultra-conservatives put up the signs on the lawn because they truly believe their fearless leader should be king.

More likely, however, mainstream Republicans think Trump’s 2024 run for president is a joke and are venting their feelings in public. Let’s hope that’s the case.

I haven’t spoken to a single Republican who is the least bit excited about Trump’s 2024 presidential bid. Quite the reverse. Since his announcement two weeks ago, most mainstream Republicans have been predictably disappointed and angry.

They believe Trump’s candidacy will virtually assure the Democrats of a victory in two years. Moreover, they know that Trump understands or should understand this fact. Even some of his staunchest supporters are beginning to realize that Donald Trump cares little for the Republican Party and only for himself.

Fortunately, there can be hope. While some Republicans are (hopefully) jokingly trying to find a crown for Trump, former Vice President (under Trump) Mike Pence is promoting his new book, So Help Me God.

When politicians write books about themselves, it usually indicates that they plan to seek higher office in the foreseeable future. Is Pence considering a presidential race in 2024? There are plenty of mainstream Republicans hoping he is.

From all indications, the book is a very positive effort that gives credit to others for the successes of former vice presidents. And, after six years of negativity, the positive is what the Republican Party needs right now.

Although many Americans respect and applaud Pence for his handling of the January 6, 2021 insurgency, Trump will no doubt demonize him for failing to stand up for America and breaking the law on that fateful day.

Pence, if he shows up, should be prepared for Trump’s wrath, but after four years of service with the former president, you can be sure he knows the ground rules. And Pence has shown he has the strength and character to stand up to Trump in what would likely be a brutal primary campaign.

Many believe Pence has the best chance of any likely GOP nominee to put a Republican back in the White House in 2024. He’s soft-spoken but tough, a strong-willed man who doesn’t seem to have any skeletons in his closet.

He is also a man who understands that there are three branches of power under the Constitution and, unlike Trump, would be willing to work with the other two.

Meanwhile, Donald Trump is likely hoping his supporters will heed the signs outside the Republican seat and declare him king.

Who knows? Maybe it was The Donald who put the signs there.

He would certainly have the nerve.

Donnie Johnston’s columns appear on Thursdays and Sundays. Contact him at [email protected]

Get weekly opinion pieces, letters and editorials straight to your inbox!

Modi calls for unity on climate change, terrorism and pandemics as India takes over G20 presidency