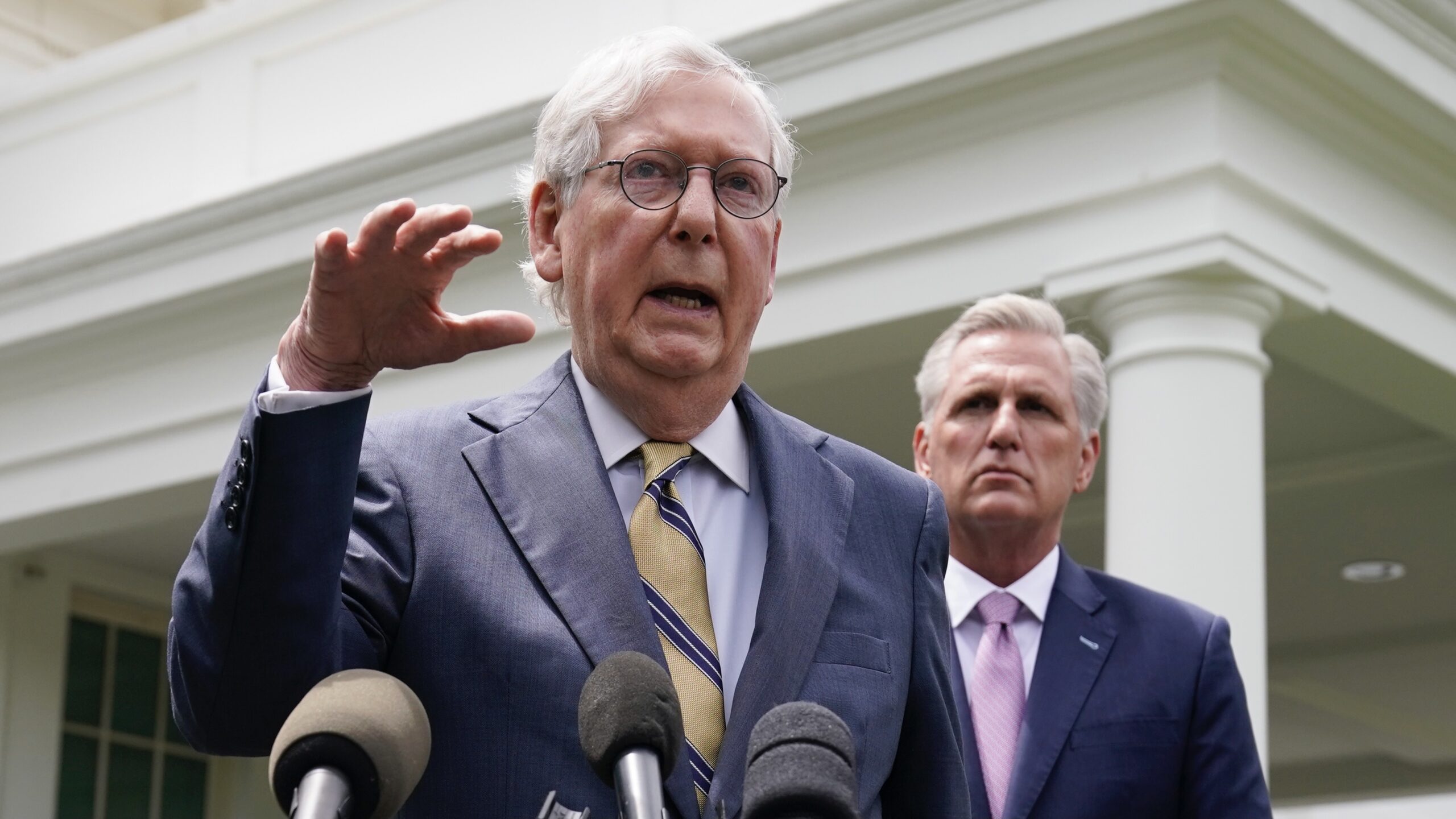 It has been more than a day since former President Donald Trump demanded the removal of all rules dictating election law, including those in the Constitution. Yet many top GOP officials, including new House Minority Leader Kevin McCarthy and Senate Minority Leader Mitch McConnell, have remained mum on the issue.

Now the Lincoln Project, a group of frustrated Republicans fighting against the Trump wing of the party and political extremism, is calling them to task.

Trump’s comments should have been immediately condemned by all Republicans across the country, the group said in a statement Sunday afternoon. Instead, lackeys like Kevin McCarthy and Mitch McConnell once again showed their weakness as leaders; too afraid to confront Trump for fear of his violent and furious base.

In a series of Saturday morning posts on his social media platform, Truth Social, Trump again perpetuated his lie that the 2020 election was rigged and stolen. This time, he alluded to journalist Matt Taibbi’s reporting on messaging between Twitter and the Democratic Party about the removal of certain reports labeled as “misinformation,” including those about Hunter Biden’s stolen laptop.

So with the exposure of MASSIVE AND WIDESPREAD FRAUD AND DECEPTION working closely with big tech companies, the DNC and the Democratic Party throw you the results of the 2020 Presidential Election and declare yourself the JUST WINNING, or do you have a NEW ELECTION? he asked his nearly 4.7 million followers.

He continued: Massive fraud of this type and magnitude allows for the termination of all rules, regulations and articles, even those found in the Constitution. Our great founders did not want and would not tolerate false and fraudulent elections!

Trump told his nearly 4.7 million followers on Truth Social that he was the “JUST WINNER” of the 2020 election, but offered no evidence to support his claim.

Trump’s call to ignore parts of the Constitution has drawn criticism from both sides of the political aisle. Incoming House Democratic Leader Hakeem Jeffries called Trump’s comments bizarre and extreme. He said Republicans need to work through their issues with the former president and decide if they’re going to break up with him and come back to some semblance of sanity.

Absent from the conversation were and still are McCarthy and McConnell, the latter of whom has been quick to criticize Trump recently, including Trump’s decision to have dinner last week with notorious anti-Semite Kanye West and white supremacist Nick Fuentes at his Mar-a- Palm Beach Resort.

After leading the violent January 6, 2021 insurgency against the peaceful transfer of power, Trump’s statement is another grim reminder of his desire to destroy the Constitution, overthrow the rule of law and ignore our democratic traditions to achieve absolute power. He doesn’t care about the nation, only his quest for power and money for himself and his family, the group said.

Donald Trump and the MAGA movement must be defeated or the American experiment will come to an abrupt end. Americans must come together, put aside their political differences, and confront the existential threat posed by Donald Trump and his anti-democracy supporters in 2024.