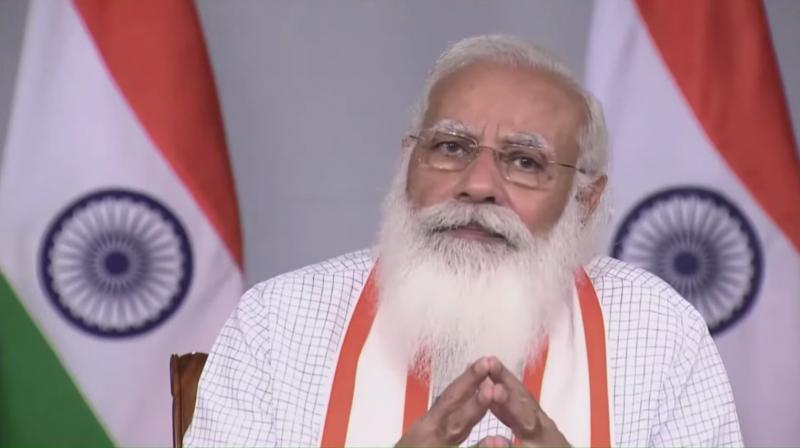 NEW DELHI/GANDHINAGAR: The BJP attributed the party’s “historic” win in the Gujarat Assembly polls on Thursday to Prime Minister Narendra Modi’s credibility and the people’s confidence in his leadership.

The party is poised for a landslide victory in Gujarat to retain power for a seventh consecutive term by winning more seats than in any assembly election in the state.

“Gujarat has set new development records over the past two decades under the leadership of Modi ji and today the people of Gujarat have blessed the BJP and created a new victory record.

“Each section has wholeheartedly blessed the BJP. This is the victory of people’s unshakable faith in the policies of the BJP,” Nadda tweeted.

Union Home Secretary Amit Shah called it a rejection of those who make politics of empty promises, handouts and appeasement.

In a series of tweets, Shah said he saluted the people of Gujarat for this historic victory and it shows the public’s “unshakable faith in Narendra Modi’s model of development”.

“During the past two decades under the leadership of Modi ji, BJP has broken all development records in Gujarat and today the people of Gujarat have blessed BJP and broken all victory records,” said Shah.

Gujarat Chief Minister Bhupendra Patel said the people of the state rejected anti-national elements in the Assembly elections and once again trusted Prime Minister Modi and the BJP leadership.

The BJP won or was in the lead in 157 assembly seats from the 182 member states. The Congress party was far behind, winning 6 seats and leading in another 10, while the Aam Aadmi party was leading with 5 seats.

The Congress holds the record of 149 seats won in 1985 under the leadership of Madhavsinh Solanki.

Addressing a press conference in Gandhinagar, CM Patel said: “The people of Gujarat have once again trusted Prime Minister Narendra Modi and the leadership of the BJP. If the masses of Gujarat elected the BJP, then we must live up to their expectations.”

“The people of Gujarat rejected the anti-national elements in this election and voted for the BJP’s development track record in the state,” he said.

Gujarat BJP President, CR Paatil, who was also present at the press conference, denounced the new Aam Aadmi party, alleging that it was trying to belittle the people of Gujarat with a “dole” policy.

“AAP never thought of Gujarati Asmita (pride) and was never able to connect with the psyche of the Gujarati people.

“All the anti-Gujarati forces have been defeated… Congress needs to ask why they are losing public support,” he said.

Singh said that with the hard work of all these leaders, “BJP has made history, breaking all records.”