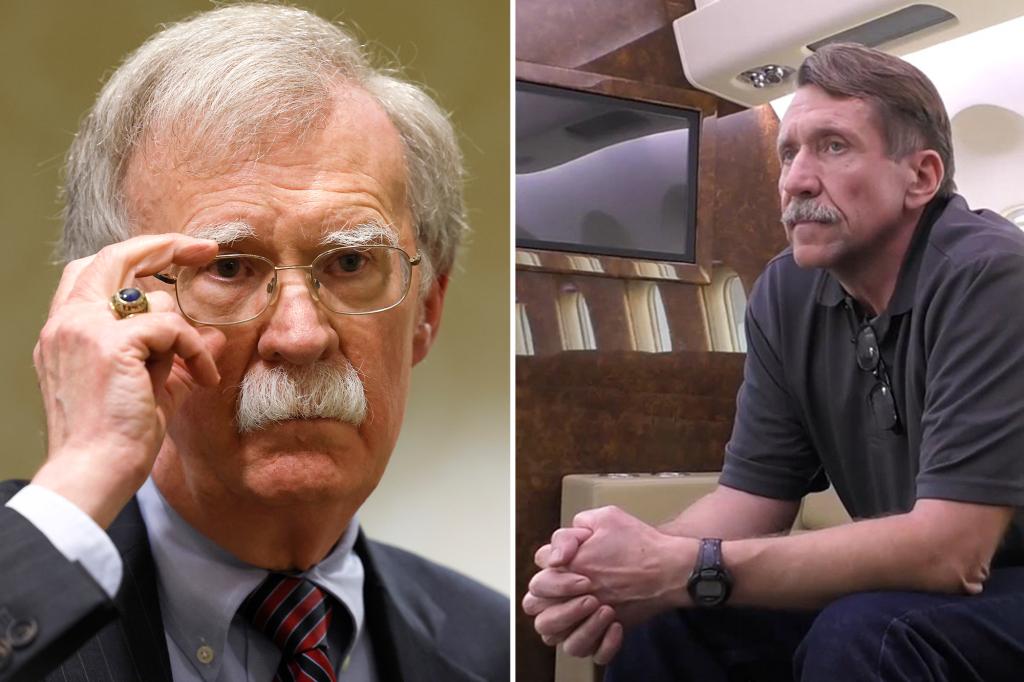 Bolton recalled in an interview with CBS that he was in the middle of his 17-month tenure in the White House when Whelan was arrested on concocted espionage charges in December 2018.

“The possibility of a Bout-for-Whelan swap existed at the time,” Bolton, 74, said, “and it wasn’t done, for very good reasons of having to deal with Viktor Bout. “

Whelan was sentenced in June 2020 to 16 years in prison. U.S. officials said Thursday that the Biden administration tried to secure the release of Whelan and Griner, but Moscow refused to budge, insisting on a one-for-one exchange of Griner for Bout.

“Obviously there’s a lot of very understandable human emotion here to get Griner released, but it’s a very serious mistake by the Biden administration,” Bolton told CBS of the decision to trade Bout. convicted in 2011 of conspiracy to kill Americans by supplying a Colombian terrorist group with weapons in exchange for a basketball player jailed for smuggling less than one gram of cannabis oil into Russia.

Viktor Bout was convicted in 2011 of conspiracy to kill Americans by supplying weapons to a terrorist group.ZUMAPRESS.com

“This is not a deal. This is not a trade. This is surrender,” Bolton added. other Americans in the future who can be caught and used as bargaining chips by people who don’t have the same morals and scruples as we do.

“There are occasions when you trade spies. Obviously, there are legitimate exchanges of prisoners of war,” he continued. “But it doesn’t even come close to that. The idea that somehow what Brittney Griner did was very dumb, in my opinion, but everything she did compares to Viktor Bout is something that shows to how desperate the administration was to get this deal done. And I’m just very worried about the effect it has and the danger it may pose to many other Americans, all over the world.

Brittney Griner while at Women’s Penal Colony No. 2. She has now been released from her prison sentence. Fsb/TASS via ZUMA Press

Trump, 76, also questioned Biden’s decision to be “one of the biggest arms dealers in the world” in a Truth Social article on Thursday, saying Bout was “responsible for tens of thousands of deaths and horrible wounds”.

“Why wasn’t former Marine Paul Whelan included in this totally unilateral transaction? He would have been released on request,” the former president said. “What a ‘stupid’ and unpatriotic embarrassment for the United States!!!”

“It’s the kind of thing that tells terrorists and rogue states and other malicious actors who would consider kidnapping or capturing Americans, who were willing to trade almost anything to get Americans back,” he said. -he declares. “There are other ways to deal with hostage takers through sanctions and stuff, not exchanges like this.”

to request, modification Contact us at Here or [email protected]om

What’s behind China’s growing interest in the Middle East? | News from Xi Jinping