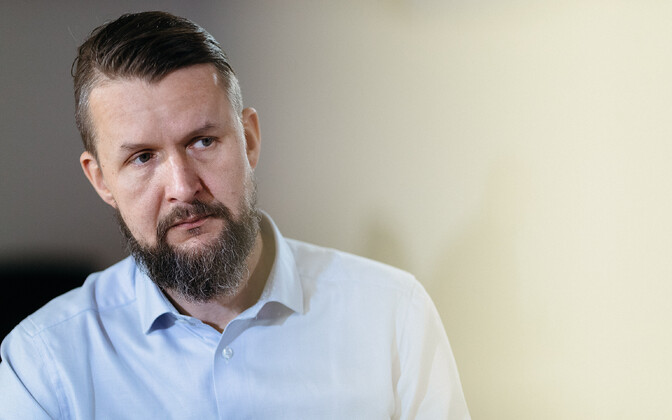 Sakkov was responding Tuesday morning to media reports that Finnish Foreign Minister Pekka Haavisto believed his country might have to consider joining NATO independently from Sweden, if the latter’s application process became too lengthy.

Sakkov noted that nevertheless, Haavisto had at the press conference that triggered the reports reiterated that the two countries would join each other and that Haavisto was dealing with hypotheticals.

“Such a scenario could happen,” Sakkov said.

“The emergence of this situation would also be in the hands of Turkey, because it is she who decides whether Finland’s and Sweden’s NATO memberships should be presented to the Turkish Parliament as separate drafts, or jointly. If they do it separately, it’s theoretically possible that what Foreign Minister Haavisto has said will materialize,” he continued.

There is currently no indication that Erdogan actually plans to divide and rule in this way, however, he added. “According to what is currently known, they will both join, but that could change,” Sakkov continued.

There may well be a pause in negotiations with Turkey until the Turkish elections in May, Sakkov added.

He said: “What happened in front of the Turkish embassy in Stockholm during the weekend again threw a major spanner in the works, and here the timing of the Turkish elections also comes into play.

“The elections will be held on May 14. You also have to take into account that from March 22 to April 20 is the month of Ramadan, so in fact the Turkish legislator actually has until March 22, before the elections,” continued the ambassador. .

The next important and relevant step thereafter is the NATO summit in Vilnius, Lithuania, on July 11-12, he noted.

“We’ll see if the Turkish parliament can ratify these things by then. Currently Finnish leaders have given indications that it might take longer than they initially thought,” he added.

Neither Finland nor Sweden are likely to change their minds about joining, come what may, he added.

Finnish Foreign Minister Pekka Haavisto (Green) told state broadcaster Yle on Tuesday that Finland could be forced to consider joining NATO without its longtime ally Sweden, due to opposition of Ankara, although tripartite discussions on the issue may follow soon.

Sweden and Finland announced their intention to join the alliance last year, following Russia’s invasion of Ukraine, ending a period of neutrality dating back to the start of the Cold War for the Finland, and as far back as the Napoleonic wars in Sweden. although in reality both countries are NATO partner countries and have participated in military exercises for many years.

While Estonia moved very quickly to ratify its membership of the alliance, and the other member states have also ratified it, regardless of the route they use to do so (i.e. via the legislature or via the executive), two recalcitrants remain Hungary and Turkey. In the latter case, a major sticking point has been Ankara’s claims that the two countries, and in particular Sweden, harbor members of Kurdish terror groups who pose a threat to Turkey.

Sweden has in turn been the scene of large-scale protests against Turkey in recent weeks, which culminated last weekend when a far-right Danish-Swedish provocateur burned a copy of the Koran, an act that sparked further unrest and, despite Turkey being a largely secular nation, drew strong criticism from Ankara.

Apple ramps up smartphone services in quiet war with Google