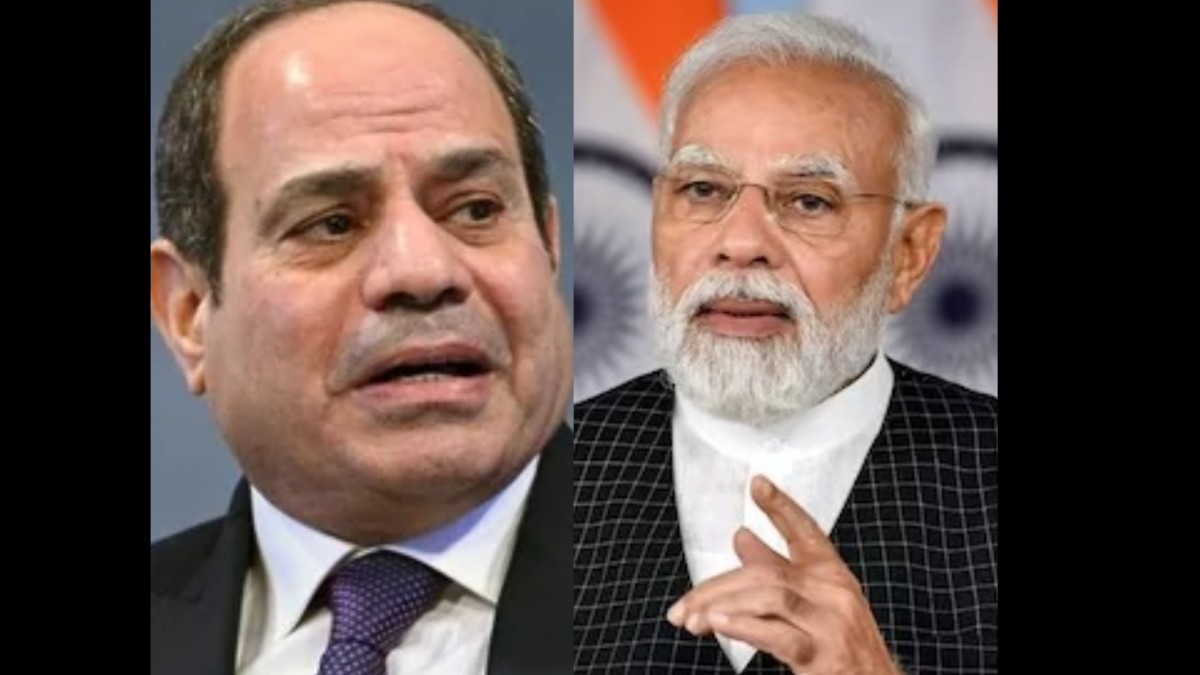 Egyptian President Abdel Fattah Al-Sisi will be the guest of honor at India’s 75th Republic Day. The visit is expected to rekindle ties that were in the doldrums during former President Hosni Mubarak’s long term in power from 1981 to 2011.

And yet, relations started on a good note shortly after independence with Jawaharlal Nehru and Abdul Gamal Nasser at the head of the Non-Aligned Movement. But over the following decades, as India and Egypt were occupied with their own problems and the MNA lost much of its former relevance, the ties remained on the sidelines, although routine visits continued. . Now that India sees itself as a rising power with ambitions to play a bigger role in the world, the Modi government hopes to build on and reinvigorate India’s once excellent relationship with Cairo.

Egypt is a significant Arab power and straddles both North Africa and West Asia, regions of great interest to New Delhi in furthering its strategic and economic interests. Egypt could serve as a gateway to Africa for Indian products.

With the changing international situation, India’s growing strategic interest in the Gulf region, where Egypt has always been a player, the latest India-Israel-US-UAE (12U2) grouping, could further evolve to include several other countries, including Egypt. The dire economic situation caused by both the pandemic and the war in Ukraine has led to a desire to explore the modern dynamics of the relationship. Egypt maintains excellent bilateral relations with all members of 12U2, and the Egyptian army was since the time of Anwar Sadat close to Washington.

India’s opening to Egypt is part of its wider efforts to establish a firm foothold in West Asia, where Cairo is seen as a moderating influence. The seduction of Prime Minister Narendra Modi with the Gulf countries had contributed to breaking the pro-Pakistani leanings of several of these Islamic countries. Previously, Pakistan could always point to Kashmir as a rallying cry in the region, but today major Arab countries like Saudi Arabia, the United Arab Emirates and Qatar do not instinctively look to Pakistan. The removal of Kashmir’s special status in 2019 has not resulted in public statements against India, despite strenuous efforts by Pakistan to bring the Islamic world to speak with one voice.

India appreciates that the Egyptian establishment bears a strong resemblance to the Gulf kingdoms’ crackdown on Islamic extremist groups. Like the United States and its European allies, India is also comfortable with the Sisi regime.

Yet the vast majority of Egyptians regard Sisi as a ruthless dictator who, since the 2013 military coup, has filled the country’s prisons with more than 60,000 political prisoners. Most are supporters of the Muslim Brotherhood. The only time the Muslim Brotherhood held power was after the 2011 Arab Spring led to the resignation of strongman Hosni Mubarak. In the elections that followed, Mohammed Morsi came to power. But he was unable to complete his term. But as president, Morsi visited India in 2013 and was eager to push for all comprehensive bilateral relations with New Delhi. Unfortunately, he was removed from power a few months later by army chief Sisi. Morsi was imprisoned and died in 2019.

The world has moved on from Morsi and is happy to deal with President Sisi. He arrived in New Delhi on Tuesday for a three-day state visit. His talks with Prime Minister Modi are scheduled for Wednesday. After the talks, a handful of agreements are expected to be signed. Foreign Minister Subramanyam Jaishankar will visit President Sisi. He leaves New Delhi on Friday. While in the capital, the president will also meet with Indian business leaders.

India hoped to sell its Teja light fighter jet to the Egyptian Air Force and promised to set up joint production there and full technology transfer. However, according to the latest reports, the deal fell through as Egypt opted for the South Korean aircraft instead.

However, joint exercises between the two forces are underway. Between June and July last year, India sent three Su-30MKI jets, two C-17 jets and around 60 personnel to participate in a tactical leadership program run by the Egyptian Air Force, an airbase west of Cairo.

Special forces of Indian and Egyptian armies have been training together in Jaisalmer in Rajasthan since the 14th of this month. This is a two-week exercise that will focus on sharing professional and warfare skills in desert terrain. In a sign of growing military cooperation, an Egyptian military contingent will also be part of the Republic Day parade.

Disruption in the wheat market following the Russian-Ukrainian war led to shortages last year. Egypt had turned to India for wheat which the government provides at a subsidized cost to more than 70 million of its more than 103 million people. But India abruptly halted wheat exports to help stabilize prices in the domestic market. However, he made an exception for Egypt and allowed a batch of 61,000 tons to be delivered. The gesture was appreciated by the Cairo government.