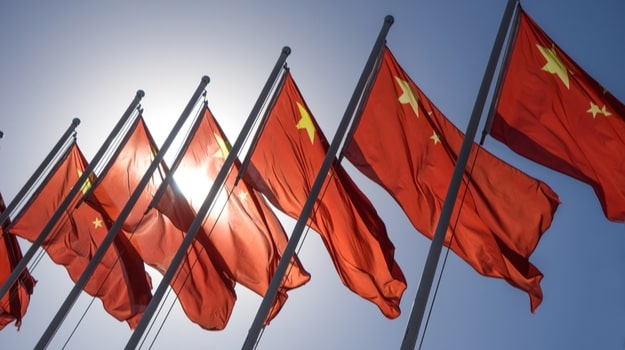 When biotech companies consider doing business in China, their concerns are radically different from what they were just four years ago. While they once focused on how easy it was to start new businesses and protect their intellectual property, they now worry about the effects of geopolitics on rules and regulations.

In Hong Kong, concerns are more acute. A recent survey by AmCham of its members indicated that 40% were leaving Hong Kong in response to China’s new security law.

This law, combined with China’s handling of the COVID-19 epidemic (in which Wuhan residents were not allowed to travel to China but were allowed to travel abroad), the expulsion of the main western journalists and the new social credit system for businesses and individuals which is being rolled out this year, gives some executives a break.

Little is known about the social credit system, for example. Apparently, it is designed to instill confidence in the market and the company. In practice, the Congressional Research Service has said it alleviates the bureaucratic burden on compliant companies while increasing it for those deemed less trustworthy, giving the government the Orwellian potential to punish organizations that don’t align closely. with government interests.

China represents a substantial proportion of the world’s population. It needs drugs and the United States is the leader in drug production. We, in turn, need a clear set of guidelines for working within constraints, BIO President Jeremy Levin, D.Phil., Told BioSpace. With the two nations at odds, trade rules and regulations are affected and biotech executives are unable to figure out how to work in China.

Through it all, the Chinese economy is booming, despite COVID-19, Levin said.

The ChinaBio State of Life Science China 1H 2020 report highlights that China is on track to set a new record for partnership agreements. The $ 29 billion in first-half deals are up 65% from the same period in 2019. ChinaBio predicts that funds for initial public offerings (IPOs) raised this year will total $ 11 billion, establishing a new record. Obviously, investment capital is available.

The way to access capital is changing, however. Hong Kong is a good example. The crackdown on freedom is a big blow, said Levin, who is manifesting in financial markets.

The Hong Kong Stock Exchange (SEHK), he explained, has a mechanism by which a company with no income could raise capital on that exchange. The Shanghai Stock Exchange, on the other hand, requires listed companies to generate income. Therefore, the SEHK was an important means by which American companies could raise Chinese capital.

It’s unclear how much it’s gone down, but (anecdotally) individuals are no longer talking about fundraising and Hong Kong, he said. Instead, they talk about making deals with other Chinese companies.

The pandemic has only slightly dampened interest in working with China.

The industry understands the huge role of biotechnology in China, Levin said. We have the opportunity to generate new drugs and explore how to get them to China under the right conditions.

China can be a great place to conduct clinical trials, for example, due to the high number of patients in treatment and the availability of doctors and medical facilities willing to participate. That, and China’s practice of concentrating certain conditions in certain medical centers, makes enrollment and completion of clinical trials faster than in the West. This is true even for rare diseases, where the number of families affected is a multiple of what there is in the United States, Levin said.

IP is not a one-way street. There’s an amazing blossoming of intellectual property from China. The number of patents filed there is extremely high, Levin said.

In 2018, the Chinese patent office received more patent applications than any other country, 1.5 million. That’s 46% of all deposits, in the world. The United States, in second place, received 597,141 according to the World Intellectual Property Organization. In terms of biotechnology, China is not yet the IP powerhouse that the United States is, but it has huge budding biotechnology sectors and is generating new tools to dissect the genome, Levin said.

Meanwhile, President Trump signed in August a executive order of reshore the manufacture of essential medical supplies in the Americas and thus ensure that our nation never depends on foreign countries for these supplies. Chinese President Xi Jinping is not satisfied. A recent report from the South China Morning Post said Xi warned his compatriots must be prepared to face external challenges in the long term.

Biotechnology is caught in the middle. So before you design a Chinese policy, start by asking yourself why you want to do this, Levin advised. If the justification is valid, find a partner.

To ensure a footprint and economic benefit, it is best to have a company that fully understands and knows the Chinese market well. Carefully assess your partners to ensure that the management of the company and the behavior of their leaders (regarding corruption laws, for example) is consistent with acceptable behavior in the US and the EU. If you move forward, make sure you strictly follow all applicable business rules.

Despite the challenges, China remains a good place for US biopharmaceutical companies to branch out and partner up, Levin said. But, he added, come in with your eyes wide open and follow the rules.