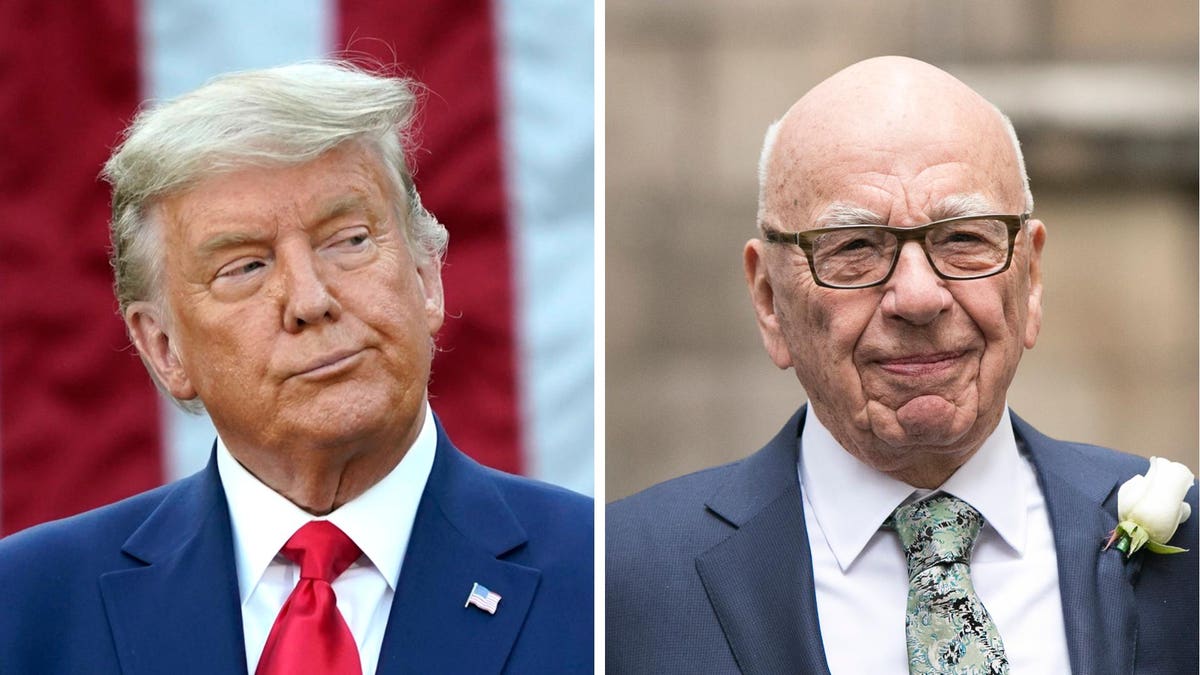 Although he started off with a much larger fortune, Donald Trump fell behind Rupert Murdoch on the Forbes 400 list.

The last few weeks have been tough for one of the most stable relationships in cable news. As animosity grows between Fox News founder Rupert Murdoch and President Donald Trump, rumors that they will one day compete in the conservative news market are also growing.

If Trump was serious about starting a media business, he presumably had to make a significant investment, which could be difficult given his current lack of cash and his heap of debt. Competition with Murdoch would be even more difficult. Of course, Trump had made money on television before. But the vast majority of his $ 2.5 billion fortune comes from real estate, the trade his father taught him. Murdoch, who started off with less than the president, is now worth nearly eight times as much, $ 19 billion, with a media empire circling the globe.

Murdochs’ story begins with a single local newspaper in Adelaide, Australia, which he inherited from his journalist father in 1952. Over the years, Rupert Murdoch has developed a winning business strategy: buy competitors and sell controversial. In 1985, he debuted on the Forbes 400 list as the owner of a newspaper chain that included tabloids in the United Kingdom (The Times, The Sun, News of the World) and the United States (the New York Post, The Chicago Sun-Times) and a net worth of $ 300 million.

Donald Trump ranked higher on the Forbes 400 that year, with a fortune listed at $ 600 million. Trump, however, did not deserve the ranking; he had created a false character to deceive Forbes into believing that his father had transferred his wealth to him. The young heir was in the early years to refine his own business strategy, which consisted in deceiving the media and going into debt. He acquired a yacht, casinos, Mar-a-Lago, the Plaza Hotel, a football team, even an airline. But in the end, everything fell apart. In 1990, Trump fell from the Forbes 400, overwhelmed by debt and struggling with his creditors.

Murdoch, meanwhile, continued to expand. He invested heavily in television, buying stations in the United States to create the Fox Broadcasting Company and developing Sky News in the United Kingdom By 1996 his fortune had grown to $ 3.9 billion. It rose $ 1.7 billion the following year when Fox Entertainment Group split from parent company News Corp in what was, at the time, the third-largest IPO in US history. .

Trump eventually made a flashback, returning to the Forbes 400 in 1996 with an estimated fortune of $ 450 million. He landed gold with The Apprentice, which he said provided him with $ 214 million. But he hasn’t always reinvested wisely. For example, he bought a golf resort named Trump National Doral in Miami for $ 150 million and then dumped an additional $ 213 million in cash. Today, Forbes estimates the property to be worth only $ 153 million. So in other words, he apparently poured over $ 200 million down the drain. Golf resorts in Europe have also turned into money pits.

Murdoch extended his lead. In 2002, it was worth $ 5 billion (vs. $ 1.9 billion in Trumps), and Fox News was reliably the top-rated cable news network in the country. In 2013, his net worth reached $ 10 billion, a level of wealth Trump never reached, when he once again separated News Corp’s television, sports and film divisions as a new company, 21st Century. Fox.

Overcome the latest miscalculation: keep your business empire while assuming the presidency. Since Trump took office, his fortune has shrunk by around $ 1 billion. Politics have poisoned its brand and the coronavirus has reduced the value of its hotels and offices. If Trump had sold everything early and reinvested everything in broad-based mutual funds, as ethics experts suggested, he would be a lot richer today.

Murdoch flourished during the Trump presidency, of course. Fox News ratings surged and the media mogul took advantage of an anti-regulatory climate to push through the deal of his life. In 2018, he agreed to sell the 21st Century Foxs film studio, a handful of cable networks, and its stakes in Star India and Hulu to Disney for $ 71.3 billion. His net worth grew from $ 12 billion in 2017 to $ 19.1 billion in 2019, the year of the sale. Of course, he kept his crown jewel and the object of Trump’s current hostility: Fox News.