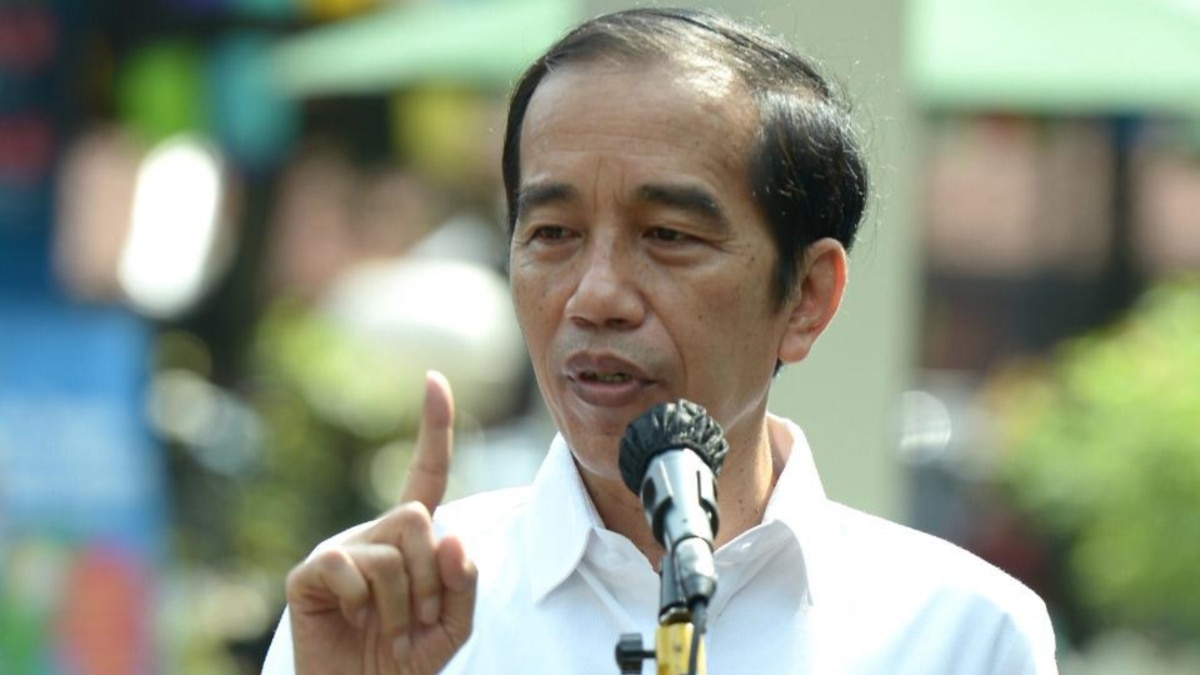 President Joko Widodo said the COVID-19 mass vaccination program will be implemented soon in December 2020 or January 2021. He said so during his visit to the Tanah Sereal Community Health Center in the city. of Bogor, Wednesday 18/11, who was carrying out a simulation of the vaccination program.

Without mentioning the brand of the vaccine, the former mayor of Solo said the vaccine would enter Indonesia at the end of November both as finished vaccines and as raw materials that will be processed by PT Bio Farma (Persero).

He confirmed that the vaccines that will be used by the government in the subsequent immunization program are vaccines that are included in the list of vaccines recommended by the World Health Organization (WHO).

We expect that we will start vaccination at the end of the year or at the beginning of the year. Late 2020 or early 2021 because the preparation process is not just about receiving the vaccine and then injecting it directly. We also need to prepare for distribution across the country. it is not easy, distributing the vaccine is not easy. it’s not like the others, need what The cold chain, cold to an extent, says Jokowi.

According to him, before it is actually injected, the vaccine entering Indonesia must pass several stages at the Food and Drug Control Agency (BPOM) before it is finally allowed to be used for emergency purposes and mass.

Jokowi stressed that the government always follows scientific principles to ensure the safety and security of all those participating in the COVID-19 mass vaccination program.

He added, there are several community groups that will be prioritized to receive this corona vaccine, such as medical staff and security forces such as TNI and Polri. The next step, he said, is the Civilian State Apparatus (ASN) which provides various public services, such as teachers. Indonesian citizens in general will enter the final phase.

If someone asks the president later or behind? If the team asks me to be in front, I’m ready, Jokowi said.

Australian University of Griffith epidemiologist Dicky Budiman doubts the COVID-19 mass vaccination program can be implemented as soon as possible. So far, Dicky said, there are two vaccines, namely Pfizer and Moderna, which have reported good progress related to clinical trials with around 90% effectiveness.

According to him, even if the government buys both vaccines, the vaccination program will not be implemented in the near future, because it takes time and a difficult process.

This means that if you want to talk about realistic vaccines for immunization you mean both (Pfizer and Moderna), this is current data. and talk to both, even then they are not ready, no vaccine production, which means they will produce, say the first quarter of 2021, January, February is produced with the assumption that say March cannot be sent, which is the first quarter of 2021, if you can negotiate, “Because there are a lot of countries, Europe mostly dealt with it,” Dicky told VOA.

Vaccination is not the solution to beating the pandemic

Dicky stressed that the vaccination program is not a magic solution to the problem of the pandemic. According to him, three supporting factors determine the success of the vaccination program. First, the vaccine used must be safe and have at least 60% effectiveness. Second, the low viral reproduction rate that can be achieved by riding the curve, implementing the three T strategy (test, trace, treatment) and three M’s (wear mask, wash hands, maintain distance) optimally.

The point is that currently, according to research from several survey institutes in Indonesia, especially Jakarta and West Java, less than 50 percent want to be vaccinated. This means that the chances of success for collective immunity are low. Already a large breeding number, vaccination coverage“It’s also small, the effectiveness (of the vaccine) that we don’t know yet,” he explained.

Dicky advised the government not to rely too much on the immunization program strategy and to continue to maximize the three T and three M strategies for the community. He believed that this strategy would be effective in controlling the rate of epidemics in the community.

He reminded not to let the unwanted side effects of vaccines reduce public confidence in this vaccination program.

And also when there is a side effect that we don’t want, it doesn’t just affect people (vaccines). The effect on national and global immunization programs. This is not something we can take lightly, as (if) the anti-vaccine movement grows stronger and it is dangerous as it will eventually cause the disease to re-emerge. So diseases that were eradicated before, because people are afraid of being vaccinated, like polio, will reappear, he said. [gi/ab]

FirstFT: the best stories of the day | Financial Times