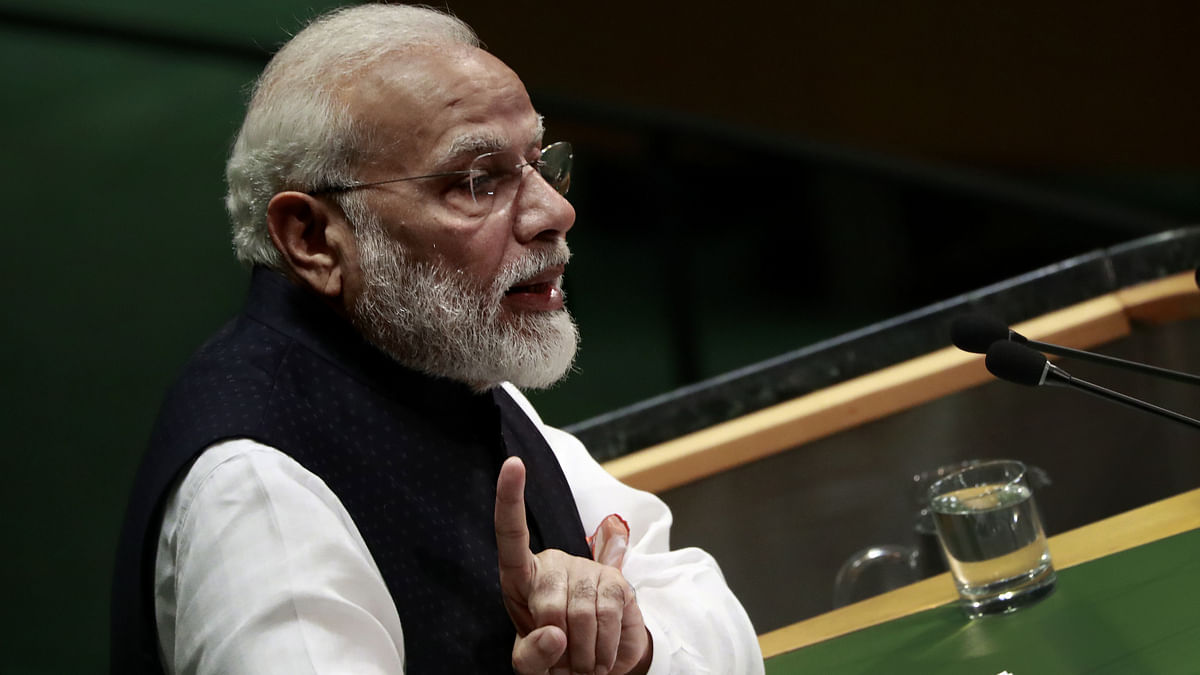 Pakistan is certainly on the way to war, and not just on the line of control, where incidents of gunfire have escalated, causing civilian deaths and forest fires, even when security forces have noted an increase in infiltration. Imran Khan government resorted to blanket allegations against India, presenting files to UN officials on India’s alleged aid to terrorists and accusations of sabotage of the China-Pakistan economic corridor . On one level, the accusations are laughable. In another case, it is worth admitting that Pakistan is adept at spreading its claims, especially in the United States. Ignoring this, as we usually do, may not be enough. Mud sticks.

The brief to the envoys of the five permanent representatives to the United Nations Security Council on alleged terrorism sponsored by India took place a few days after presenting the files directly to the UN Secretary-General. Previously, Pakistan was preparing the compilation of another dossier covering Indian action at three levels. First, he alleged that NewDelhi supported and executed terrorist attacks in Pakistan and used its banks to finance terrorists. Second, it failed to punish the perpetrators of terrorist attacks against minorities in India. Third, and most interesting of all, India is emerging as a center of terrorist activity. It’s a whole bunch of misdeeds.

There are other malicious allegations, including one that India has set up a dedicated cell to counter the China-Pakistan Economic Corridor (CPEC), allocating 80 billion PKR (around 37 billion rupees) for this purpose. . Cash-strapped smart agencies would have an adjustment. Other accusations include creating unrest in Pakistan-occupied Kashmir and Gilgit-Baltistan.

Also Read: How Modi Made a Nehruvian Half-Blunder on China and Ignored Investment in the Army

Pakistanis’ claims are hardly new, with Islamabad saying for decades that India has used dozens of embassies and consulates in Afghanistan to spawn terrorism against Pakistan. Former US Ambassador to Pakistan Richard Olson pointed out that India has four consulates, not 24; but this sober fact was lost in the noise. Under Prime Minister Imran Khan, that rumor has increased dramatically, especially after the appointment of his special adviser Moeed Yusuf, who, in an interview with an Indian broadcaster, said he was ready with unheard of evidence against the ‘India.

It is this evidence that is now shared. A briefing by Foreign Minister Shah Mehmood Qureshi and DGISPR, the Major General. BabarIftikhar has made several allegations, studded with ostensible details to make the whole look believable. One of them was that India united several terrorist groups under the Tehrik-i-Taliban Pakistan whose spokesman Ehsanullah Ehsan was allowed to escape from army custody. He alleged that the act was orchestrated by a Colonel Rajesh of the Indian Embassy (there is a brigadier and a group captain but no colonel at the embassy), another Major Fermin Das (also not found) and a selection of RAW officials apparently working from consulates on the Pakistan border. (None, as U.S. officials note.) There are more camps in Dehradun to support Altaf Hussain, the founder of movement leader Muttahida Qaumi, who last year asked PM Modi for money to bring the Pakistan before the International Court of Justice; and much more in the same vein.

But as always, Islamabad is expanding. Moeed and officials who briefed the media accused India of the tragic 2014 attack on an army school in Peshawar, where 132 children were killed; this after the Pakistani authorities hanged the perpetrators (in 2015 and 2017). Killing women and children is not something the Indian intelligence agency does, simply because no one would ever allow it in a rather elusive democracy. But one cannot expect Pakistan to understand this. Islamabad, however, would do well to recall a series of attacks on schools in Afghanistan that began in the same year. It is unlikely that such crimes perpetrated by the Taliban in Pakistan have been forgotten.

Also read: Barack Obama’s memoir says it all. But its former ISI chief Asad Durran is a book that needs attention

In its report, Pakistan cited the ongoing investigations by the US Treasury Department’s Financial Crime Enforcement Network to argue that India funds terrorism and is guilty of money laundering. Neither is true. The global investigation has uncovered thousands of deals, including those of some 3,000 UK companies and suspicious deals by a Russian oligarch that resulted in the ruling Conservative Party.

In the case of India, 44 banks were marked red, including the State Bank of India (SBI). None of these imply any evidence of wrongdoing, but they are an investigative directive. In other cases, identified people are already under investigation or being arrested, which is an exercise in financial probity, with hundreds of journalists also involved. Ironically, one such investigation includes a Pakistani financier who transferred between $ 14 billion and $ 15 billion a year for clients such as Dawood Ibrahim, Al-Qaeda, the Taliban, and Lashkar-e-Taiba, among others.

Second, Islamabads are now familiar with accusations that India failed to act against the accused in the 2007 SamjhautaExpress bombing. This is not entirely true. The case, which spanned 12 years, ending in the acquittal of all defendants, is certainly a shameful indictment of judicial and investigative prowess in India. But unlike Pakistan, the accused did not disappear, as others did in the Mumbai bombings case, but was arrested, with a full trial.

Finally, a new and more interesting accusation is the allegation that India is becoming a hotbed of UN-designated terrorist organizations and posing a great risk to the region. In this, Pakistan cites the presence in India of the Islamic State and AQIS (al-Qaeda in the Indian subcontinent) as proof. This is pure cheek, given that Asim Umar, the leader of AQIS, is hosted in Pakistan and even married there.

The recent destruction of a module also showed strong ties to Rawalpindi. Then there is the Islamic State which has certainly made limited inroads in parts of India. But as everyone agrees, this is minimal given the large Muslim population in India, and even Kashmir, where established jihadist groups will not give IS or AQIS much leeway.

But for Pakistan, this problem must be solved with positive action. First, police forces need to be a little more careful about labeling ISIS on every troublemaker. And second, Prime Minister Modis’ message to reach out to Muslims must be implemented by his party leaders.

Meanwhile, it is time to go on the offensive, not using mysterious hints of sabotage and hidden camps, but simply showing Pakistan for what it is a highly unstable terrorist state, with a very strong head. worried at the top.

The author is the former director of the Secretariat of the National Security Council. Opinions are personal.

Analysis: Xi’s message to Jack Ma: “ You are nothing but a cloud ”

Even Donald Trump and Elon Musk being labeled Karens, it’s time to ditch this sexist meme