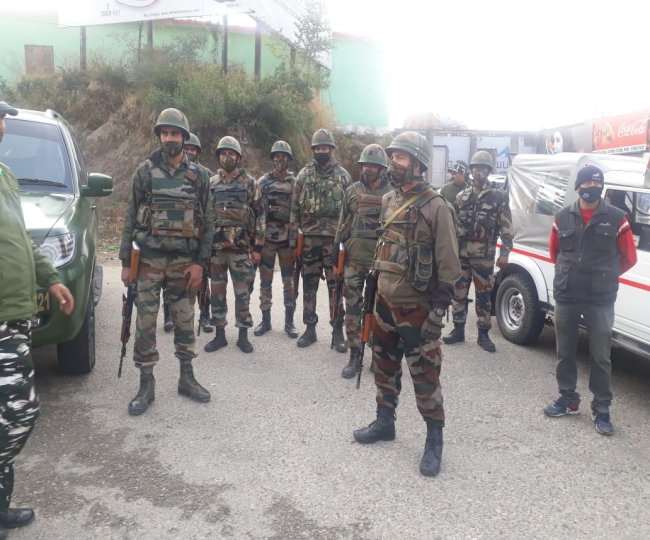 According to the ANI news agency, intelligence sources found that terrorists were planning a massive attack in the country on the anniversary of the 11/26 terrorist attack in Mumbai.

According to the ANI news agency, intelligence sources found that terrorists were planning a massive attack in the country on the anniversary of the 11/26 terrorist attack in Mumbai.

A meeting between terrorists and security forces erupted Thursday morning near the Ban tollgate in the Nagrota area of ​​Jammu district. The encounter lasted three long hours, and security forces eliminated four suspected JeM terrorists, who were traveling to Srinagar hiding in a truck. “These terrorists used an old modus operandi and recently infiltrated the Indian side. An investigation is ongoing,” officials said.

The encounter erupted after a truck was pulled over at 5 a.m. on Thursday during a routine check. During the search, CRPF soldiers and police were fired using heavy ammunition and grenades were also thrown. Other forces were called in and the meeting lasted 3 hours.

He also said that it was possible that terrorists were planning a “big attack” and targeting the upcoming District Development Council (DDC) elections in Union territory. The DDC elections will take place in Jammu and Kashmir in eight phases between November 28 and December 19, and the counting of the votes will take place on December 22.