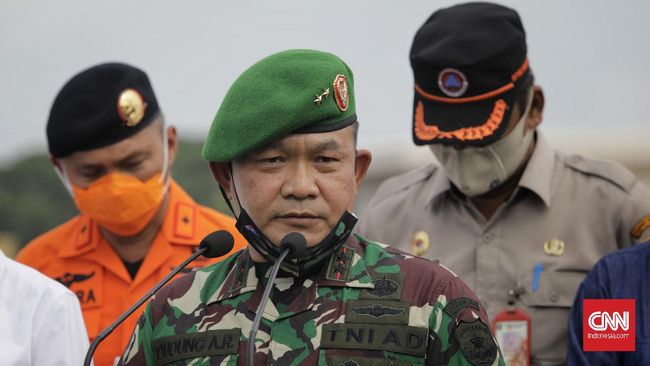 Munarman called Jokowis the holder of the country’s political decision to order Dudungancam to dissolve the FPI.

“So it is clear that the current political issue of the state is important according to the president. Besides the issue of banners and billboards, the president’s concern for the FPI,” Munarman said. CNNIndonesia.com, Friday (20/11).

Munarman said that the functions of the TNI relate only to war operations and non-war related military operations (OMSP) in accordance with Law No. 34 of 2004 regarding the TNI.

According to him, military operations other than war carried out by TNI soldiers could only be carried out on the basis of state political decisions taken by the president.

Munarman then questioned Jokowi’s attitude to the problem of separatist groups in Papua, which has led to the state’s budget deficit.

“Where is the president in the face of separatism in Papua, the empty treasury, the state budget deficit, the sale of natural resources to foreigners and Aseng?” he said.

Previously, Pangdam Jaya, Major General Dudung Abdurachman, had proposed the dissolution of the FPI. According to him, FPI is more and more arbitrary and feels the most correct.

Dudung said he responded to harassment by the FPI against the TNI. In addition, he also questioned Rizieq Shihab’s banner about moral revolution not in accordance with regulations.

“Don’t go around on your own, like he’s right, there’s no such thing. Don’t try the point. If necessary, FPI just dissolve it, just dissolve it. with TNI, come on, “Dudung concluded at the National Monument, Jakarta, Friday (20/11).

On the other hand, FPI Deputy Secretary General Aziz Yanuar pointed out the unfair treatment of the FPI by the government. Aziz was disappointed that the crowd of Jokowi’s children Gibran Rakabuming Raka at Pilkada Solo 2020 received only a verbal warning.

Meanwhile, Aziz said, the ceremony for Prophet Muhammad SAW’s birthday and the marriage of Rizieq’s daughter were legally processed by the police. He accused the government of violating the mandate of the 1945 Constitution concerning the equality of citizens before the law.

“HRS and FPI supporters are penalized, fined. The president’s son is only reprimanded, not punished. It is not fair,” Aziz said. CNNIndonesia.com, Thursday (19/11).

Aziz said the Rizieq congregation was responsible for his actions. They have already paid PSBB fines worth IDR 50 million to the DKI regional government in Jakarta.

Even so, the judicial process in the police is still ongoing. Meanwhile, Gibran was verbally reprimanded by Bawaslu Solo without any further action.

“How come the police followed?” In Solo, they didn’t? Aziz said. “I just got scolded. Did you meet on the street to be scolded?” he said jokingly.