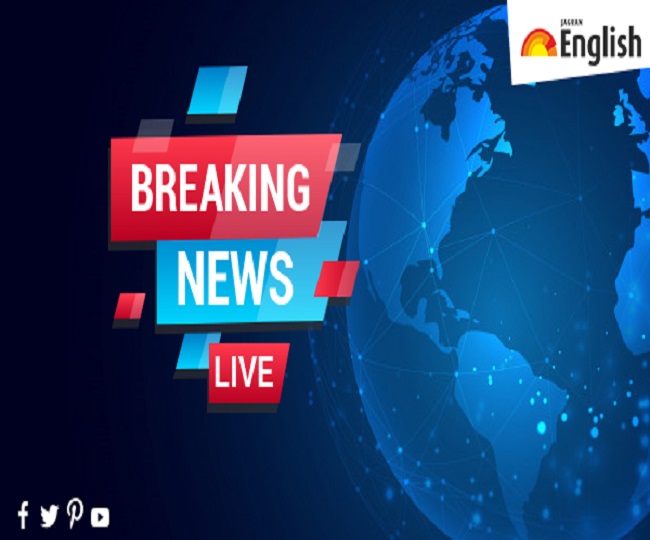 New Delhi | Jagran Press Office: Everything that is happening around us has an impact in some way and that is why it becomes important for us to know what is going on in the world. So at English Jagran we provide our readers with 360 degree coverage across genres to give them a brief glimpse of what’s going on in the world.

Here are the highlights of November 20:

5:25 p.m .: No lockdown to impose in the state: Shivraj Singh Chouhan, Chief Minister of Madhya Pradesh

3:43 p.m .: The neutralization of 4 terrorists belonging to the Pakistani terrorist organization Jaish-e-Mohammed and the presence of a large cache of weapons and explosives with them indicate that their efforts to wreak major havoc and destruction have once no longer thwarted, said PM Modi

Our security forces have once again demonstrated absolute bravery and professionalism. With their vigilance, they defeated a nefarious plot to target grassroots democratic exercises in Jammu and Kashmir, added Prime Minister Modi.

Delhi: Door-to-door investigation begins to identify symptomatic people amid an increase in COVID-19 cases in the nation’s capital. An ASHA employee says: “If a person has a fever, we send them to the nearby government clinic for a COVID-19 test.” pic.twitter.com/KHxKT8t2Yj

2:53 p.m .: I want to ask Rahul Gandhi, eight parties came together to form the Gupkar alliance in Jammu and Kashmir. Should I call it Gupkar or anti-national alliance or anti-people alliance? All its leaders make anti-national comments: Madhya Pradesh CM Shivraj Singh Chouhan

2:52 p.m .: Met with representatives of market associations. I removed their concerns – the government does not want to close any markets. They assured that those who do not have masks will receive one free of charge from the market associations. Stores will also be asked to keep spare masks and disinfectants, says Delhi CM Arvind Kejriwal

13:51 p.m .: Ahmedabad curfew news: As the city prepares for the weekend curfew here is what will remain open

13:21: All schools in BMC jurisdiction will remain closed until December 31. The decision was made following the increase in COVID-19 cases in Mumbai. Schools will not reopen on November 23, says Mumbai Mayor Kishori Pednekar

13:19: The Center dispatched four high-level teams to Haryana, Rajasthan, Gujarat and Manipur to visit districts reporting high numbers of COVID cases and support the state’s efforts. The Center is also considering sending teams to other states / UTs reporting an increase in cases, the Center says.

50 025 Ayushman Bharat – Health and wellness centers are now operational across the country. With the aim of providing comprehensive primary health care (CPHC) services to communities closer to their homes, 1.5 lakh AB-HWCs are to be created by December 2022, the Center adds.

Haryana Minister of Health Anil Vij receives a test dose of #Covaxine, in a hospital in Ambala.

He had offered to be the first volunteer for the third phase of the Covaxin trial, which began in the state today. pic.twitter.com/XDLy6et5uM

12:38 p.m .: Delhi recorded a minimum temperature of 7.5 degrees Celsius today – the lowest, in this winter season, which begins from October. This is due to snowfall in the plains and hilly areas. This drop in temperature will continue for the next 2 days, says Kuldeep Srivastava, IMD, Delhi

11:44 am: Today I am meeting with representatives of market associations to seek their cooperation in ensuring appropriate COVID behavior in the markets. Market associations can play a very important role: Delhi Chief Minister Arvind Kejriwal

11:34 am: I am delighted that work is continuing quickly to send Bhutan’s satellite into space with the help of ISRO next year. To this end, the four space engineers from Bhutan will visit ISRO in December, I address my greetings to these four young people, Prime Minister Modi said.

10:40 am: A strict law against “Love Jihad” will soon be introduced in the state. The Home Office sent a proposal to the Justice Ministry, the UP government says.

10:09 am: Coronavirus India News: The number of COVID-19 cases in India exceeds 9 million; the recovery rate increases to 93.60%

#WATCH Madhya Pradesh: The group’s players celebrated with Indore MP Shankar Lalwani after he helped them get permission to perform at weddings while following # COVID-19[FEMALE[FEMININE standards. (19.11.2020) https://t.co/ZdCQaAD0uC pic.twitter.com/8S6YfUgDyF

8:02 am: The air quality in Delhi remains in a very poor category. According to the Central Pollution Control Board (CPCB), AQI in Chandni Chowk is at 314 (very poor), in Dwarka at 336 (very poor), around Jawaharlal Nehru stadium at 281 (weak) and around the national stadium Major Dhyan Chand at 279 (poor).

7:29 am: The People’s Alliance for Gupkar Declaration announces a seat sharing formula for the 4th phase of the District Development Council polls in JK. Out of 16 seats, PDP to contest seven, NC four, CPI (M) two.

7:27 am: CBI registers two FIRs against former UP board chairman Shia Waqf, Wasim Rizvi, in an alleged illegal sale-purchase and transfer of Waqf properties by the central Waqf board of the UP Shia and the central Waqf council of UP Sunni, reports ANI.

7:15 am: A video went viral on social media on November 18 in which people engaged in party shootings in the street. The video was found in the area of ​​the Thakurganj police station and the incident occurred on October 31. One person arrested and 4 are on the run, says Lucknow ADCP Gopal Choudhary

7:15 am: At least 14 people, including 6 children, were killed after the vehicle they were traveling in collided with a truck on the Prayagraj-Lucknow highway below the boundaries of Manikpur police station last night, reports the ANI.

Is Nagorno-Karabakh going to become a red Kurdistan?