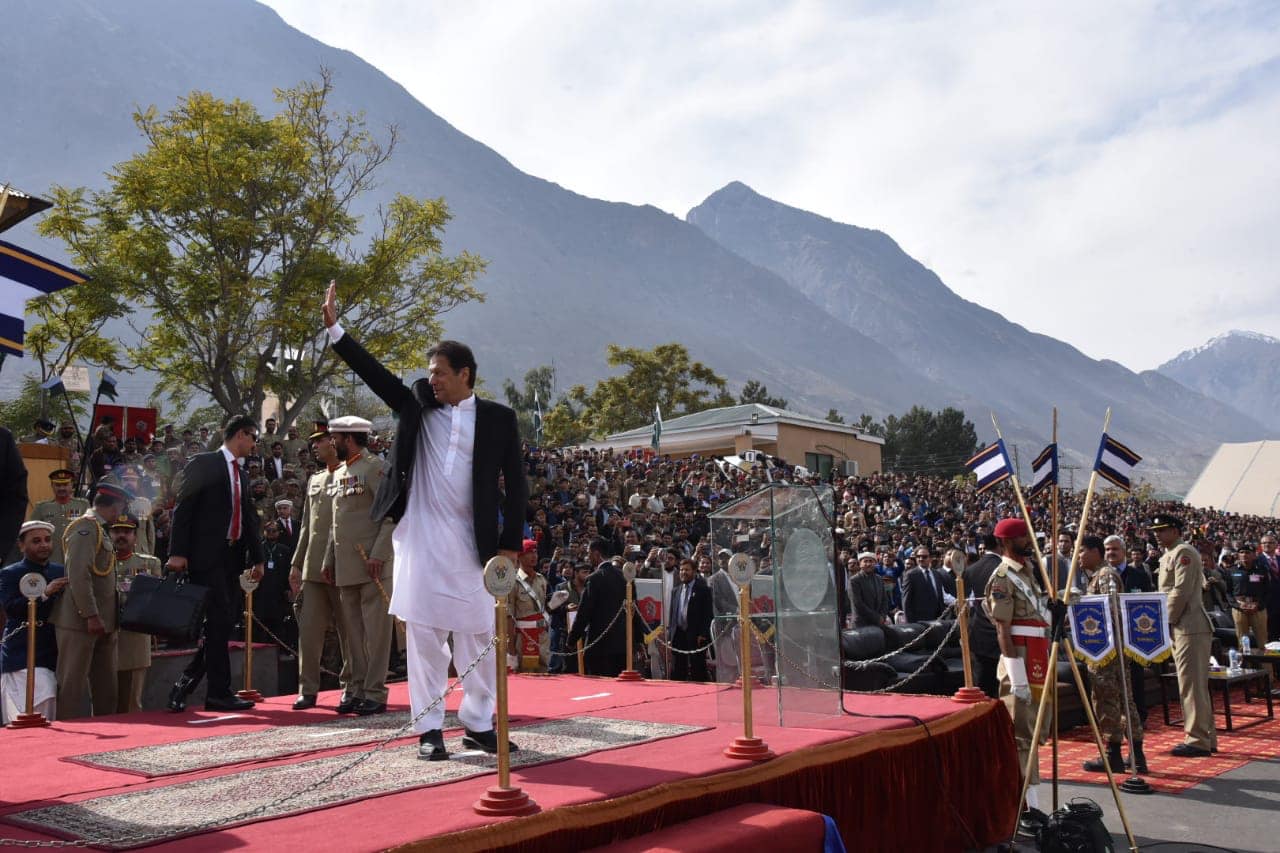 By Niloofar QureshiEVER since its launch three decades ago, All Parties Hurriyat Conference (APHC) has always championed the idea of ​​Kashmir banega Pakistan (Kashmir will be part of Pakistan). And on this issue, he has the full support of Hizbul Mujahideen, who is waging an armed struggle in Kashmir for the same purpose. Thus, the Islamabads grant the status of province to Gilgit-Baltistan and the holding of elections there should have been a reason for great joy, especially since GB (which is part of J&K) now part of Pakistan is equivalent to to a major psychological victory for the separatist conglomerate. and militant groups.

However, instead of celebrations, there is complete silence within the APHC, which is a distinct sign that GB’s merger with Pakistan has come as a gross shock to the pro-Azadi camp at J&K. When Pakistani Prime Minister Imran Khan proposed granting provincial status to Britain, most people thought that plan would fail, just as he did when he was reviewed in 2014 and again in 2016, because there was widespread opposition from the APHC leadership in Pakistan. administered the assembly of Kashmir (PaK) and even the supremo HM. One wonders why the pro-Azadi camp and HM, (which owes its existence to the support of Islamabads) who have opposed this movement twice in the past, haven’t they done so for the third time now?

In 2014, when the Pakistani Ministry of Kashmir and Gilgit Baltistan Affairs (KAGB) announced Britain’s merger plan, the PaK assembly opposed the idea and unanimously adopted a resolution declaring that, “Making Gilgit-Baltistan a fifth province will weaken Pakistan’s national position on Jammu and Kashmir internationally. “The PaK Assembly logically justified this resolution by mentioning that whenever a plebiscite is held, the people of Britain will also have the right to decide their future with the people of other parts of the state. of Jammu and Kashmir. This is a very relevant point of view because it fulfills the mandatory condition set out in the UN resolution on self-determination, for which the APHC is fighting! Since KAGB did not pursue this proposal any further, it seems to have been convinced by the views of the PaK assemblies.

Two years later, when the Nawaz Sharif government again announced GB’s merger plan, the AHPC opposed it tooth and nail for several extremely valid reasons. In its statement, the APHC Joint Resistance Leadership (JRL) (represented by SAS Geelani, Mirwaiz Umar Farooq and Mohammad Yasin Malik) reminded Islamabad that any proposal to declare the UK as Pakistan’s fifth province is unacceptable because it amounts to changing the contested nature of Kashmir. The JRL has also warned Islamabad that any deviation from its position on Kashmir and its geographic entity is inappropriate and will prove detrimental to the cause of Kashmir.

For the first time in history, the main leaders of Hurriyat as well as the head of the United Jihad Council (UJC) Syed Salahuddin came out unanimously to condemn a proposal made by Islamabad, a clear sign that the plan to Britain’s merger was not welcome. In his generally blunt and outspoken style, Hurriyat leader (G) SAS Geelani struck out, saying, “There is no constitutional or moral justification for making a decision on any part of this land without the consent of its people and it is also a flagrant violation of UN resolutions on Kashmir. JKLF chief Yasin Malik also wrote a letter to Sharif warning him that: “If Pakistan imposes its sovereign mandate on Britain, then India will have the political and moral right to join the Cashmere with him. Suddenly Pakistan will help India consolidate. his brief on Kashmir ”.

Freedom Party Chairman Shabbir Ahmed Shah pointed out that (the merger with Britain) will have a negative impact on the whole Kashmir dispute, as it will also give India a chance to claim more firmly this side of Kashmir and weaken our argument at the UN. He also warned Islamabad that the GB merger would also have a significant implication on the demand for the implementation of United Nations resolutions which call for a referendum in the state as it existed before the division in 1947.

Even the supreme head of SM, who generally avoids commenting on political matters, spoke out and said: “Such a step would impact the Kashmir dispute at the United Nations and give India a legal pretext and moral to claim Kashmir ”, because such an act on Pakistan’s part will have serious ramifications on the Kashmir issue as well as the UN resolutions focused on Kashmir (as) the Pakistani movement will give India a justification for taking control of parts of Kashmir. Due to this strong opposition, Britain’s merger proposal was once again shelved.

However, the PTI government led by Imran Khan has now gone ahead and implemented this plan despite objections from some APHC leaders. However, what is ironic is not that Islamabad ignored APHC’s calls, but that opposition to this plan from those who run the pro-Azadi camp, including the UJC , was so subdued it felt like just a rescue act and just lips. -a service. This could be the real reason why, despite GB’s merger with Pakistan, which is the very first step towards achieving the APHCs, the Kashmir banega Pakistandream is not being praised or celebrated by the separatist conglomerate. And it is very likely that on the instructions of Islamabad, the separatists will shut up and do not express their true feelings!

However, (as Pakistani Foreign Minister Shah Mahmood Qureshi told his compatriots before the UNSC meeting on Kashmir), let’s not live in a fool’s paradise. With CPEC crossing GB, its merger with Pakistan was inevitable because for Beijing ensuring the legal safeguard of this project matters more than the Kashmir issue and Islamabad has no choice but to oblige, even if it means giving up. the cause of Kashmir. That is why Islamabad repeated to form a consensus on the GB merger.

This fact was well known to all, including the leaders of the APHC from the beginning and it is evident from the statements made by its leaders in the past. In January 2016, Geelani Sahib made it clear to Islamabad that if we are not against the economic development and prosperity of the South Asian region, we are creating trade routes (CPEC crossing GB) on the cost of rights, interest , wishes and sacrifices of Kashmir. The nation is unjust and wicked and it is also against the traditional and national Kashmiri policy of Pakistan.

Whatever Islamabad may say now to justify the merger of the GB, the only thing that is now becoming very clear is that Islamabad has no answer to Geelani Sahibs’ honest observation that creating trade routes on the cost of rights, interests, wishes and sacrifices of the Kashmiri nation is an injustice and wicked and it is also contrary to the traditional and national Kashmiri policy of Pakistan.

The opinions expressed in this article are the property of the authors and do not necessarily represent those of Kashmir Observer.

The author is a New Delhi-based analyst

Be part of quality journalism

Quality journalism takes a lot of time, money and hard work and despite all the difficulties, we still do. Our reporters and editors work overtime in Kashmir and beyond to cover what is important to you, to break down great stories and to speak out against injustices that can change lives. Today more people read Kashmir Observer than ever before, but only a few are paying as ad revenue drops rapidly.