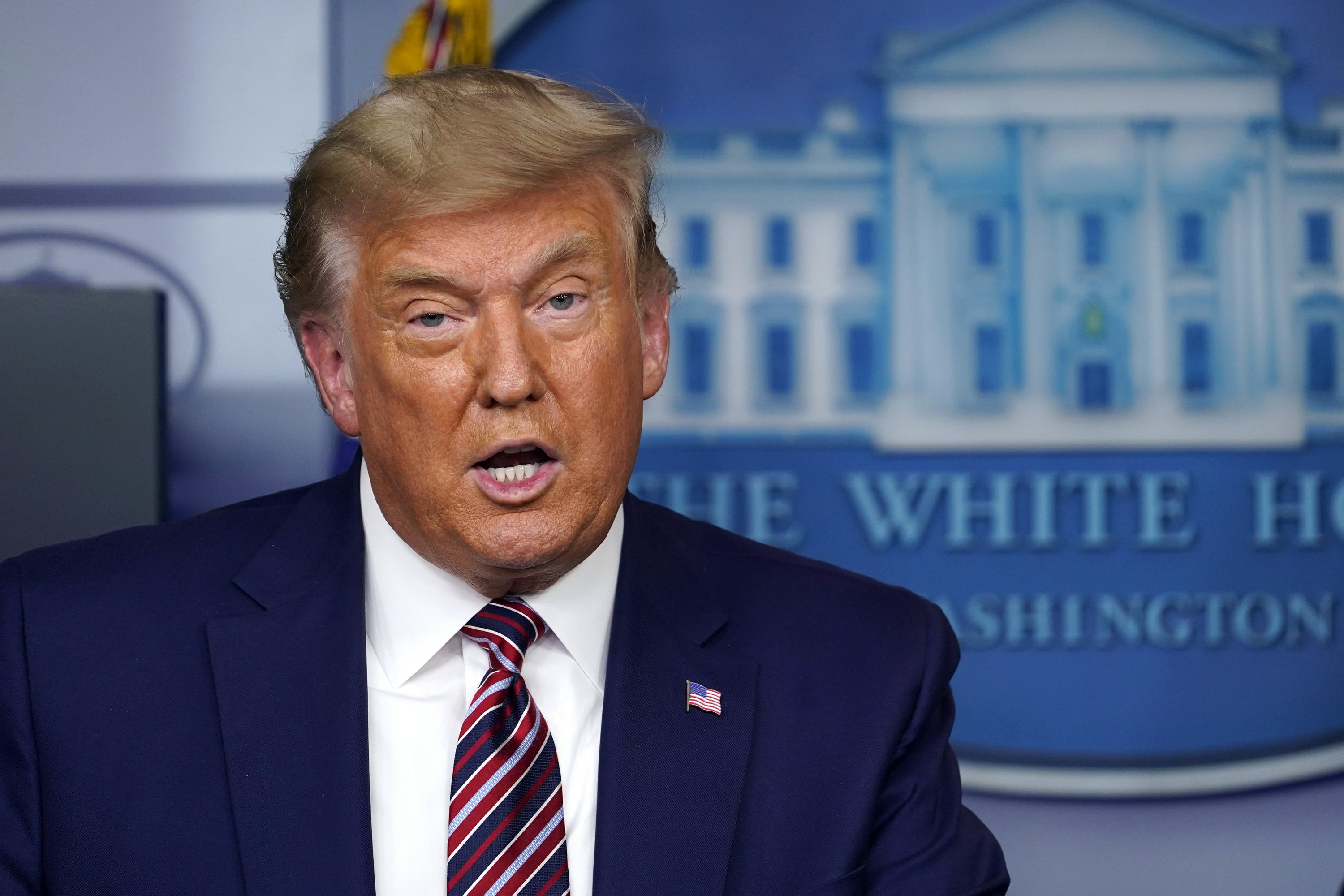 WASHINGTON (AP) In an attempt to close important unfinished business, the Trump administration on Friday issued regulations that could lower the prices Americans pay for many prescription drugs.

But in a time of political uncertainty, it’s hard to say whether the rules will withstand the legal challenges expected from the pharmaceutical industry or whether the administration of President-elect Joe Bidens will accept, change, or attempt to overturn them. entirely.

Pharmaceutical companies don’t like me too much. But we had to do it, President Donald Trump said as he announced the new policy in the White House. I just hope they keep it. I hope they have the courage to keep it, he added, in an apparent reference to the new Biden administration, while noting opposition from lobbyists for pharmaceutical companies.

The two finalized rules, long under development, would be:

Tie what Medicare pays for drugs administered in a doctor’s office to the lowest price paid among a group of other economically advanced countries. This is called the most favored nations approach. It is categorically opposed by critics aligned with the pharmaceutical industry who equate it with socialism. The administration estimates it could save Medicare beneficiaries $ 28 billion over seven years through reduced co-payments. It would come into effect on January 1.

Require drug manufacturers for brand name pharmaceutical drugs to give Medicare registrants discounts that now go to insurers and middlemen called drug benefit managers. Insurers that offer Medicares Part D prescription benefits say it would increase premiums. The non-partisan Congressional Budget Office estimates it would increase costs to taxpayers by $ 177 billion over 10 years. The Trump administration disputes this and says its rule could potentially result in savings of 30% for patients. It would come into force on January 1, 2022.

The pharmaceutical industry has said the Trump approach will give foreign governments the power to decide the value of drugs in the United States and has vowed to fight it.

The administration is poised to turn the entire system upside down with a reckless attack on companies working around the clock to end this pandemic, Pharmaceutical Research and Manufacturers of America said in a statement, adding that it was considering all of them. the options to end this illegal attack. medical progress and maintain our fight against COVID-19.

The United States Chamber of Commerce has said most-favored-nation rule will result in damaging price controls that could compromise access to vital new drugs at a critical time.

Trump also announced that he was ending a Food and Drug Administration program designed to end the sale of many unapproved old and potentially dangerous drugs that had been on the market for decades.

Sales of hundreds of these drugs, some known to be harmful, have been halted under the program. But an unintended consequence has been significantly higher prices to consumers for these previously inexpensive drugs after their approval by the FDA.

Trump took office accusing drug companies of getting away with murders and complaining that other countries whose governments set drug prices were taking advantage of Americans.

As a candidate in 2016, Trump advocated for Medicare to negotiate prices. As president, he abandoned this idea, contested by most Republicans. Instead, Trump began to seek changes through regulations.

He also backed a bipartisan Senate bill that would have capped what Medicare beneficiaries with high bills pay for drugs while generally limiting price increases. Ambitious in scope, the bill from Senators Chuck Grassley, R-Iowa, and Ron Wyden, D-Ore., Did not get a full vote in the Senate.

Health and Human Services Secretary Alex Azar, a former head of a pharmaceutical company, said the rules would break this model where patients suffer, where prices rise every year, while company insiders s ‘enrich.

Addressing the prospect of legal battles, Azar said: We believe both regulations are extremely strict and any industry challenging them disagrees with American patients and President Trumps’ pledge to cut direct costs.

The international pricing rule would cover many anti-cancer drugs and other drugs given by infusion or injection in a doctor’s office.

It would apply to 50 drugs that represent the highest expenditure under the Medicares Part B benefit for outpatient care. Ironically, the legal authority for the Trumps action comes from the Affordable Care Act, the Obama-era healthcare overhaul that it is still trying to repeal.

The rule is also changing the way hospitals and doctors are paid for administering drugs, in an attempt to remove incentives to use more expensive drugs.

Relying on international prices to cut U.S. costs is an approach also favored by Democrats, including Biden. But Democrats would go much further, allowing Medicare to use lower prices overseas to wrest concessions from the industry for all expensive drugs, not just those administered in clinical settings.

Embodied in a bill passed by President Nancy Pelosi, D-Calif., This strategy would deliver much greater savings, allowing Medicare to pay for new benefits such as vision and dental coverage. It would also allow private insurance plans for workers and their families to obtain lower prices for Medicares.

Trump has taken further steps to reduce prescription drug costs by opening a legal route for importing drugs from overseas. In addition, Medicare drug plans that cap insulin costs at $ 35 per month are available during open enrollment, which is currently ongoing.

The prices of brand name drugs continued to rise during Trumps’ tenure, but at a slower pace. The FDA has prioritized approving generics, which cost less.