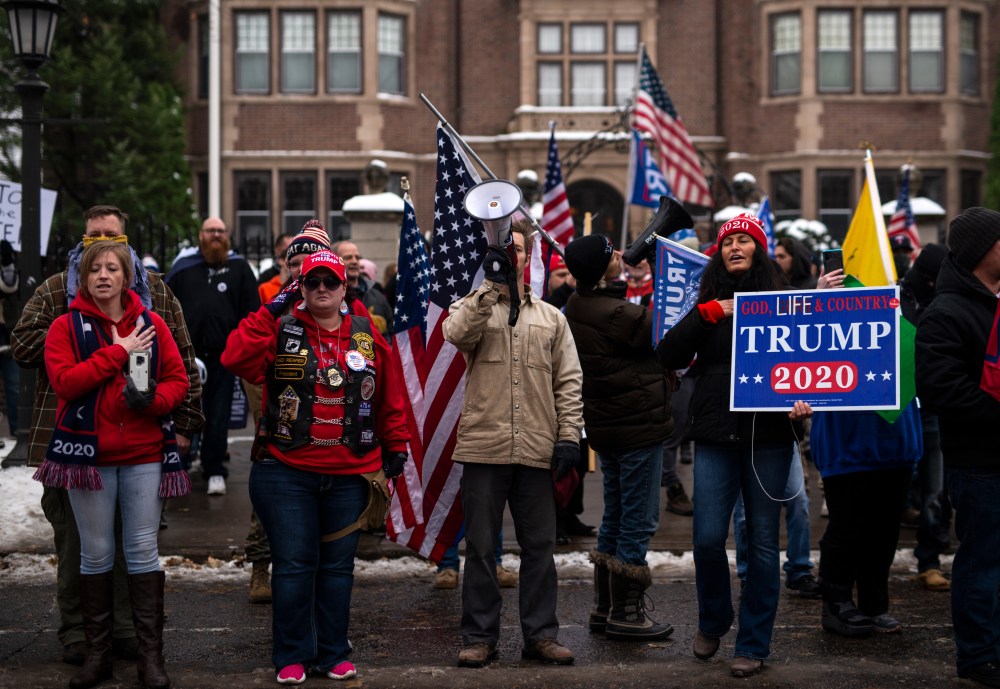 The problem isn’t just that President Donald Trump is denying the November 3 election result and apparently attempting a coup to reverse that result. It is that on almost every front, from the COVID-19 response and economic bailouts to the fate of hot spots such as Afghanistan and Iran, the outgoing president is wreaking havoc on his own administration. that has left every world capital in turmoil and President-elect Joe Biden in a bind.

The most immediate and dangerous challenge is the inability of the Trump administrations to respond to the alarming resumption of COVID-19 cases, or to coordinate the response to a pandemic or the distribution of vaccines with the incoming Biden team. But that same scorched earth policy applies to the economic carnage caused by the virus, which will likely persist into the next year as cases and deaths rise dramatically.

The latest confusion erupted Thursday when US Treasury Secretary Steven Mnuchin told Federal Reserve Chairman Jerome Powell in a letter that he wanted the Fed to close most of its emergency lending facilities. , even as COVID cases reach new heights across the country that will no doubt be exacerbated by the upcoming winter weather, flu season and vacation travel.

In a rare public disagreement, the Fed retorted that it would prefer all emergency facilities established during the coronavirus pandemic to continue to play their important role in supporting our still strained and vulnerable economy. The outbreak in the United States has already passed 11.5 million cases and 250,000 deaths, and vaccines are still in the early stages of testing as thousands of schools and businesses close again.

On Friday, CNN reported that more than 2,300 Americans could lose their lives each day by December 18, according to new figures from the University of Washington’s Institute for Health Measurement and Evaluation (IHME). We expect daily deaths to peak at over 2,500 per day by mid-January, ”said the IHME modeling team.

There’s little progress on additional economic aid, either, as Mnuchin and House Speaker Nancy Pelosi stumble over further financial relief, and after the Senate Majority Leader , Mitch McConnell of Kentucky sent the upper chamber suspended. Meanwhile, Trump threatens the growing number of Republicans who challenge his efforts to overturn the election; Trump ostensibly fired the head of the government cybersecurity unit that touted the safest elections in US history.

Rather than focusing on the pandemic or the lingering economic pain it has caused, Trump has devoted all of his attention to staying in power, apparently trying to convince Republican lawmakers in Michigan to certify him as the winner of that state of the field. battle, despite a resounding margin. victory for Biden. Trump met with two of Michigans state’s top lawmakers at the White House on Friday afternoon in a last-ditch effort to reverse the will of voters. At a press conference on Friday, he once again declared that he had “won” the election.

Longtime political observers say that, as with so much Trump has done during his presidency, all of this behavior is unprecedented. The chaos and complete abandonment of the fundamentals of an orderly transition of power is undermining our ability to provide global leadership, said former Deputy Secretary of State James Steinberg.

Trump is also breaking all kinds of diplomatic dishes on foreign policy. In Afghanistan, Trump purged leadership from the Pentagon to ensure a hasty withdrawal of most of the remaining US troops in the country, even if the conditions on the ground for the US withdrawal are not in place, according to US commanders. This led to rare intra-group fights. McConnell, usually a staunch Trump ally, blasted the troop withdrawal.

The consequences of a premature US exit would likely be even worse than President Obama’s withdrawal from Iraq in 2011, which fueled the rise of ISIS and a new wave of global terrorism, McConnell told the Senate this morning. week. It would be reminiscent of the humiliating departure of the Americans from Saigon in 1975.

Haqqani added: President Obama had also established a timetable for the withdrawal of troops from Afghanistan, but he halted its implementation as the 2016 election approached, saying he did not want to tie the hands of the next one. President.

Trump is also still stepping up his campaign of maximum pressure on Iran to limit the room for maneuver of the Biden administrations. The administration is said to be weighing further rounds of sanctions to further tighten the Iran-battered economy. And this week, the New York Times quoted officials as saying Trump was looking for options to bomb Iran’s nuclear facilities before stepping down because he had failed to persuade Tehran to negotiate with him after giving up. the 2015 nuclear deal. Officials have reportedly dissuaded Trump from doing so.

But some government officials are concerned about more surprises to come. According to a well-placed Capitol Hill source, some intelligence professionals have expressed concern that Trump, outraged by what he called the role of the Chinese virus in his defeat, could plan any action against Beijing. These concerns have grown with the sacking of Defense Secretary Mark Esper and other senior Pentagon officials, and their replacement with Trump loyalists.

Yet the most pressing crisis lies in COVID, and administrations still refuse to sign additional bailout funds while allowing five of the federal government’s nine emergency facilities to expire at the end of the year. As fall turns into winter and Covid cases continue to rise, most experts expect further economic turbulence as the Biden administration takes office. It makes the decision to hobble the Fed look like a landmine.

With the COVID-19 crisis worsening and activity slowing in the absence of tax assistance, the federal government’s decision to reduce firepower could destabilize markets and exacerbate economic stress, wrote Gregory Daco, chief US economist at Oxford Economics, Friday.

Which hospital in the Emirate of Abu Dhabi should I visit in an emergency?