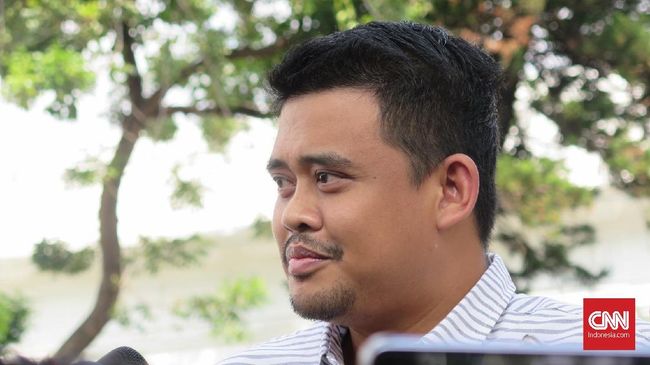 Son-in-law of President Joko Widodo who is also a candidate for mayor of Medan serial number 02, Bobby nasutionwant to make Medan a good investment city if you win Pilkada Medan City.

“Medan is neat, investment-friendly,” Bobby said during the second round of the Medan City Pilkada 2020 public debate on Saturday, 11/21.

Initially, Bobby was asked a question about his take on the slogan “It’s Medan, man!” which now has a negative connotation. According to Bobby, the negative connotations that arise cannot be separated from a number of issues in Medan, such as flooding, potholes, drugs and corruption cases.

“That’s what makes the connotation” It’s Medan, man! “so negative,” he says.

Bobby explained that he also prepared a number of slogan programs “It’s Medan, man!” again has a positive connotation, one of which is an investment-friendly program.

“Believe me, in the days of Bang Aulia Rachman and I, with our mission, Medan Tajir, Medan without floods; Brilliant, drug-free; well-groomed land suitable for investment; branched land, clean and beautiful without holes; and Medan Gercep, in rapid development, ”said Bobby.

“If this happens, during my leadership period, the negative connotations will slowly revert to the positive and proud connotations for us, the people of Medan City,” he added.

In the debate, Bobby also brought up the diversity in Medan. According to Bobby, in Medan today, although there are many ethnicities and cultures, they can still live alongside and in society.

“And now and in the future, we have to protect this,” he said.

Not only that, Bobby said, if elected mayor of Medan, the potential of this diversity would continue to be explored. He admitted that he would make ethnic and cultural diversity in Medan a top priority for the tourism sector.

“Ethnic culture has to be the main sector of tourism. There are so many of them (ethnicity and culture in Medan). Malays, Minang, Batak, Mandailing, India, China, Java,” Bobby said.

A promising new situation has emerged in the region

Heaven above the harland